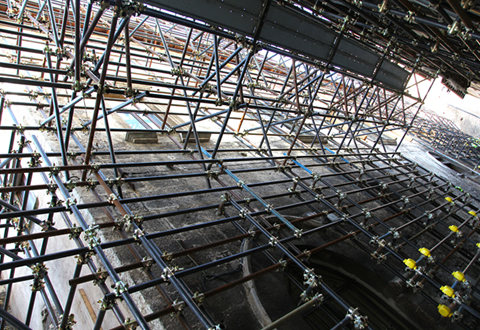 These are greetings from L’Aquila but read them as invitations because you should come to understand not only what nature can do but also what they have been trying to erase from the consciences of us all and therefore come to listen to the silence and to watch time that remained still in a beautiful country that it is now still everywhere and in every direction despite the force of individuals that more than once have become the people and that today have lost the vision of the future even if it has brought us here or at least that is what they are inviting us to believe and thus greetings to everyone from l’aquila so that we can still choose in what to believe.

25,000 postcards sent from L’Aquila with the images of the current situation in the city and of the surrounding small towns that will arrive to the people responsible of the Italian and of the international political institutions, in particular to those who attended the famous G8 in 2009, but also to the most relevant people in culture, show business and international media. A project that will be launched on january 28th in Bologna during the exhibition “Non tutto è in vendita” (via Farini 33, Bologna- promoted by OltreDimore gallery for the Circuito Off/Arte Fiera), where the public will find the postcards, which will be distributed also at the entrance of the Fair (Arte Fiera), and which can be filled with the address where they wish them to be sent to.

25,000 postcards, sent by Giuseppe Stampone. 25,000 works travelling which the artist wants to give to the world to remember the current situation in L’Aquila.

“Saluti da L’Aquila” is a neodimensional work that is born and that acts on the complex articulation of the existential and communicative levels in which we live. A crossmedial project- HYPERLINK “http://www.salutidalaquila.it-” www.salutidalaquila.it- curated by the architect Paolo Valente (savb.eu | open zone), where in addition to watching the images leafing the postcards of a hurt, deceived and forgotten village, you will be able to follow the trip of these postcards from their departure through their arrival. You can in this way also add comments creating a sort of travelogue of the postcard. 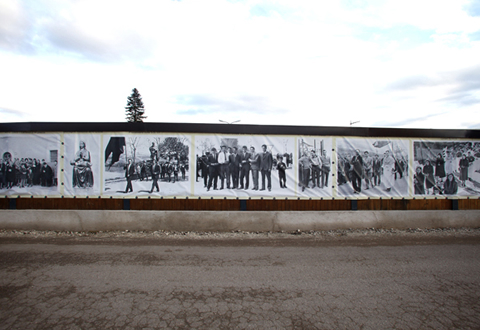 Giuseppe Stampone is an artist who has already worked for years using all the possible synergies between the level of the real/reality and that of the digital/reality, creating in this way a neodimensional level in which the artwork expands its own relational capacities infiltrating itself in a widespread fashion in our daily life. “Saluti da L’Aquila” is a work with a strong ethical character, a commitment that Stampone has already shown as essential of his oeuvre realizing works of a clear social connotation such as “Acquarelli per non sprecare la vita” and “Il perché dell’H2O”, which have involved ONGs, as well as many countries around the world and more that ten thousand children, showing an impressive capacity of collective involvement in developing the current possible synergies.

“Saluti da L’Aquila” is project born in an afternoon during the last days of December 2010, in which Giuseppe Stampone and Raffaelle Gavarro entered the red zone of the city, going through its striking silence. The necessity of attesting and telling what has happened, and is still happening, presented itself as an urgency not to be derogated and has immediately found incredible amounts of support, contributions and energies which, as a wave, and together with the postcards, are travelling across the world.

Giuseppe Stampone born in Cluses (France) in 1973, works between Milan and New York. Stampone has combined the use of new media with artistic-didactic projects addressed to social and environmental issues such as Acquerelli per non sprecare la vita and Il Perché dell’H2O, with the participation of 10.000 children, spread in 30 countries around the world in partnership with ProgettoMondo MLAL. With the Solstizio project, of which he is one of the founders, he is realizing two artistic-didactic projects, co-funded by the European Union, developed along Italy, Poland, Croatia, Spain, Cyprus, Slovenia and Burkina Faso, in which four permanent installations in public spaces and three artistic installations will be carried out with the participation of 15.000 children. Stampone has just launched two global artworks with the title “Global Education” and “Saluti dall’Acquila” that will be modified with the Solstizio platform. He collaborates with the IULM in Milan, the Universita degli Studi di Teramo, Federico di Napoli, and the McLuhan Program in Culture and Technology of Torono. He develops and carries out interventions of research and experimentation on art and new media with Alberto Abruzzese and Derrick De Kerckhove.