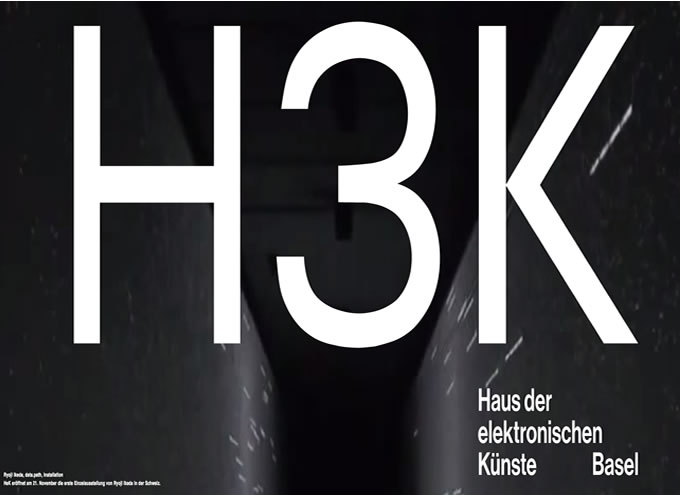 From 21 to 23 November 2014, HeK (House of Electronic Arts Basel) celebrates the inauguration of its new venue with the first solo exhibition in Switzerland by Japanese artist and musician Ryoji Ikeda.

Ryoji Ikeda is famous for his large-scale installations and audiovisual performances, in which he focuses on data and datascapes as the invisible principle and driving force behind information space. By the day of the opening, Ikeda will have created two new site-specific pieces, especially for HeK’s new exhibition space, and will also present there examples of various older series, which range from immersive installations to sculptural work.

Ryoji Ikeda’s artistic strategy and combinatorial systems are deeply rooted in mathematic principles. Aesthetic qualities of mathematics are used in their purest form, creating immersive spaces that are based on barcodes or 0/1 binaries to generate an output of visual and sound patterns. 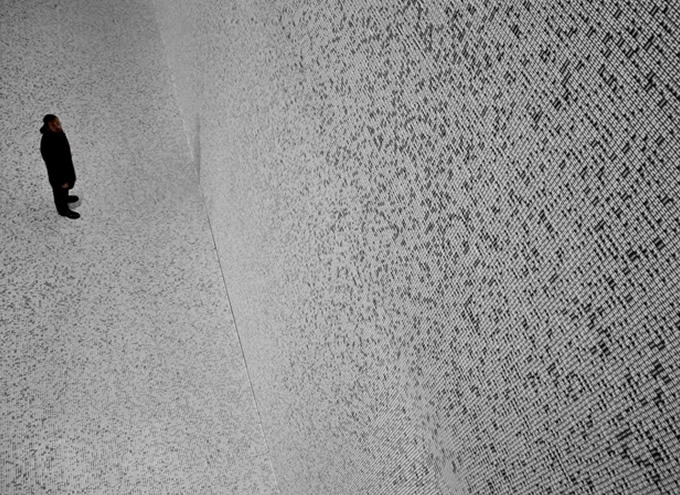 Ikeda evokes the universal principle of the electronic world by breaking it down into pure forms of code. By turning endless flows of data into a poetic environment, Ikeda creates immersive datascapes on an overwhelming scale, which confront the viewer with a sensory overload of information and visual and audio input and thus challenge her or his perception. Ikeda’s use of images and sound in immersive installations creates in the viewer an acute consciousness of the “here and now”.