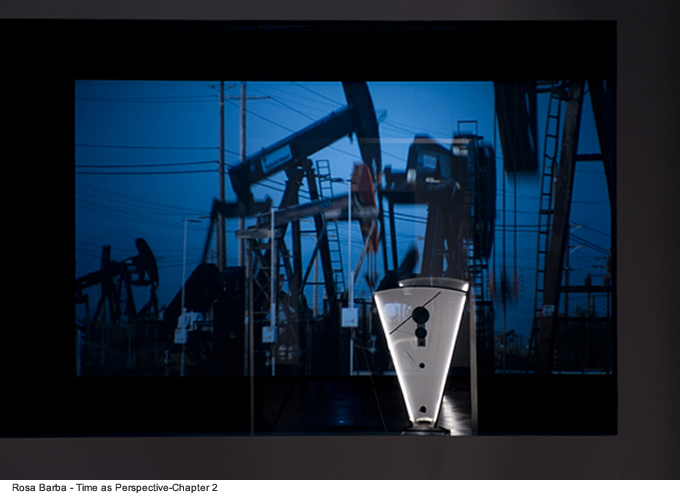 Bergen Kunsthall opens the season with a comprehensive presentation of the Italian-German artist Rosa Barba and with Willem de Rooij‘s sound installation Farafra. Films unfold in time, and the illusion of motion in film becomes visible through the continuous projection of still images by a beam of light onto a screen. These quite fundamental, media-specific properties of analogue film are both deconstructed and accentuated in Barba’s works.

The title of Barba’s exhibition, Time as Perspective-Chapter 2, is also the name of the new 35 mm film made especially for the exhibitions in Zürich and Bergen. Barba treats time not only as linear, progressive motion, but also as something that unfolds in layers of depth. In the artist’s words: “Time intervals stacked one over another in a kind of geological ‘deep time’ form the basis for much of my thinking about the film medium.”

As such, the film becomes an imprint of the depth of time, where one can see or sense a spatial structure inward into the story, with all its strata and transformations. Time as Perspective (2012) was shot in a desert landscape in Texas. Barba has long been interested in this type of wide-open landscape where time, according to the artist herself, “seems to exist endlessly in
every direction.” This kind of timelessness means that the film shot defies any clear dating. In Time as Perspective-Chpater 2 it is not clear whether the landscape with its rhythmically pumping oil derricks is a historical shot or a vision of the future. 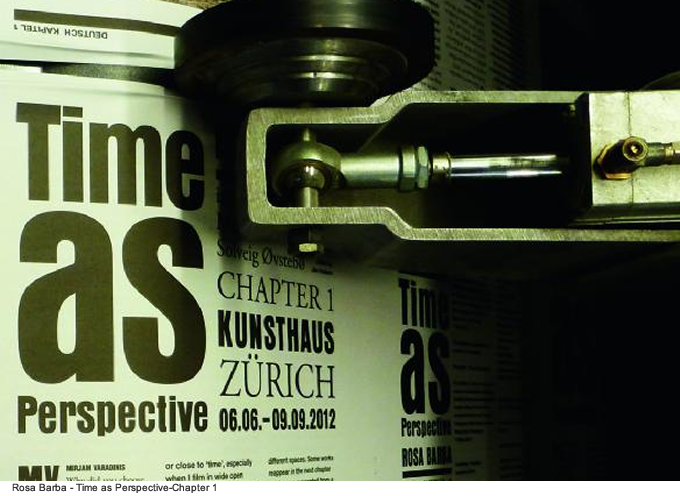 “Time as perspective” is also a governing principle in the relationship between the two exhibition chapters in Zürich and Bergen. The exhibition is repositioned with a new ‘perspective’ in each of the chapters, with a point of departure in the different architecture of the institutions.

Rosa Barba was born in Italy in 1972. She lives and works in Berlin. The exhibition has been produced in collaboration with Kunsthaus Zürich and consists of two chapters. After a prologue at Jeu de Paume in Paris (May 2012), Chapter 1 was shown in Zürich (6 June–9 September 2012), curated by Mirjam Varadinis. Chapter 2 at Bergen Kunsthall is curated by Solveig
Øvstebø.

Farafra (2012) is Willem de Rooij‘s first sound installation. The work consists of sound recordings from a camel farm in the desert area Farafra in the west of Egypt, near the border with Libya. The 15-minute composition based on these recordings constitutes an intimate, moving aural encounter with these normally so quiet animals. Without natural enemies the animal had no natural need to develop sounds as a defence mechanism. The camels’ sounds emerge as indefinable wailing, groaning and complaining. 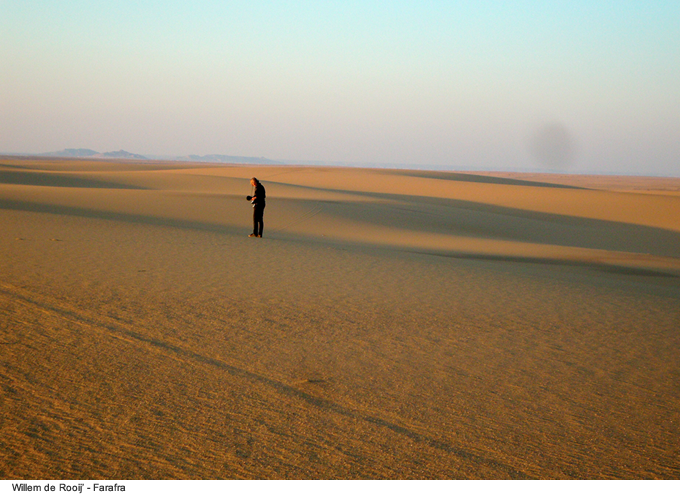 Detached from its origin and played back in an otherwise empty room, the sound in Farafra also seems strangely human. In Farafra de Rooij exploits the sound recording as raw material in a semantically ambivalent work where relationship between immediacy and external references is brought into play. Willem de Rooij was born in Beverwijk, The Netherlands in 1969. He lives and works in Berlin.