Resonate Festival 2016. A combination between Art and Technology

A Resonate, festival for media art that took place in Belgrad the last 12-16 April 2016, welcome speech is always a short and sweet moment. Festival organiser Eduard Prats Molner (aka Edu) took to the stage to declare the festival open and walked off.

Thankfully, Shane Walter, from onedotzero had a few words for us. Ahead of introducing the latest curated collection of videos from onedotzero, Walter remarked that, over his returning visits to the festival, it had become like a family gathering of many familiar faces. The essence of Resonate was as a leveller and was a place for sharing and debating ideas both during sessions and otherwise.

Humour seemed in good supply this year. Darsha Hewitt is a Canadian artist currently living in Berlin. In a presentation that opened with a wittly barbed comment on how women in technology are often perceived by bro-grammers (my phrase, not hers), playing out the times she has been asked if she has an engineer boyfriend (because, obviously a woman wouldn’t understand electronics, right?) Darsha went on to discuss her approach to work and her love of handmade audio electronics. 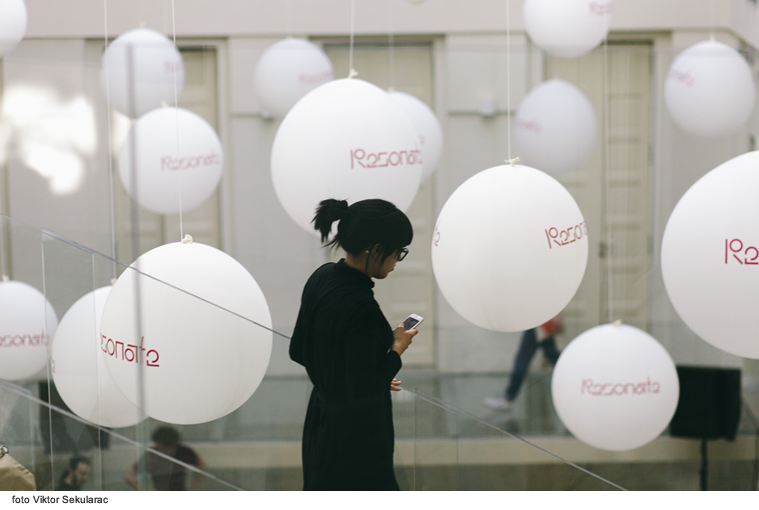 Dan Hett was another reminder that being committed and excited about your work along with a good sense of humour aren’t in opposition. Hett declined the seat and desk and stood up to give his presentation. Even amongst the quality of teachers involved with Resonate, it’s a rare skill that some people have, to be able to make their work engaging,and technical while understanding that their audience, even at a festival with a specialist tribe like Resonate, might not necessarily know every piece of technology you’re talking about. This is after all, a festival as much for students as older codeheads. Flat cap firmly planted on bald head, glasses glinting in the low light of the Kinoteca cinema, Hett took to the stage and talked the audience through his livecoding work, checking in with the audience to ensure they were familiar with the technology he talked about as he went along.

Livecoding feels like as close to the relationship between the fundamentals of coding and performance as you can get. When DJ’ing can be done just as well by a machine, as a person, livecoding is about the human interaction with the lower level of the visual technology: performing/coding your visuals in real-time alongside the musician or DJ. Allowing you to follow the change in the music and presenting your working out, if you will, at the same time.

There’s something about the coding language, when it does appear as part of the visuals, that brings to mind mezangelle, artist Mez Breeze’s poetic, code-like language that resembles computer code in form, but also breaks down into portmanteaus and stutters that, like programming code, requires the reader to fall in step with the rhythms and stylised breakdown of traditional forms of word-usage before meaning forms for them. It’s language beyond the obfuscation of technology and layering of code words, but also not immediately clear. There’s something in the mix of textual design of livecoding and mezangelle that deserves a deeper look. 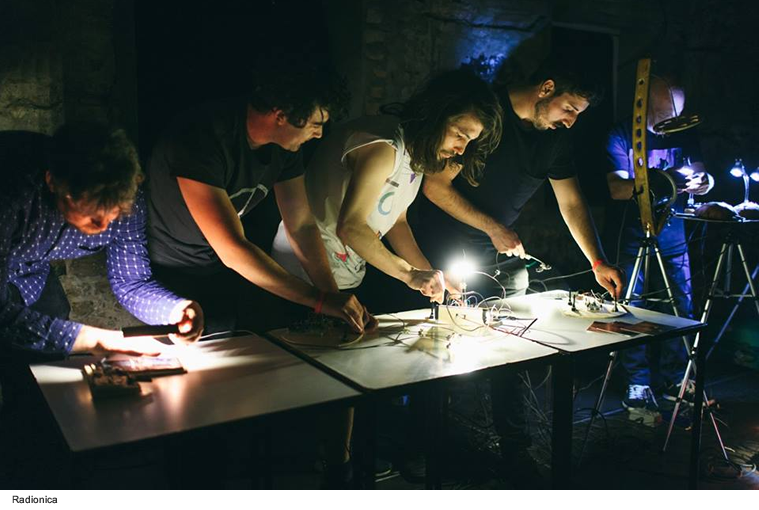 Some of the most interesting themes at this year’s Resonate festival were around machine learning and, architecture. Occupying the spaces left by the glut of Big Data and our ability to do something useful with that mountain of information, machine learning is a move towards automating the modelling of the data at a rate faster than humans could manage. “The iterative aspect of machine learning is important because as models are exposed to new data, they are able to independently adapt. They learn from previous computations to produce reliable, repeatable decisions and results.” – from Machine Learning, What it is & why it matters.

Memo Akten is another familiar face at Resonate who gave a brilliant insight into both his own current research on machine learning and what is slowly emerging as a potential hot topic of research right now. Akten sets out his current research and interest in machine learning: “Alongside my arts practice, I’ve also recently started a PhD at Goldsmiths University, broadly speaking looking at this kind of stuff. Specifically investigating artificial intelligence — with a focus on machine learning / deep learning and combining with agent-based AI such as reinforcement learning — and how it can be used for this kind of work.” (taken from his online notes for his talk). Setting out the case for further research into machine learning, Akten says: “What is ultimately needed is for machines to produce an executive summary for our puny little human minds.” 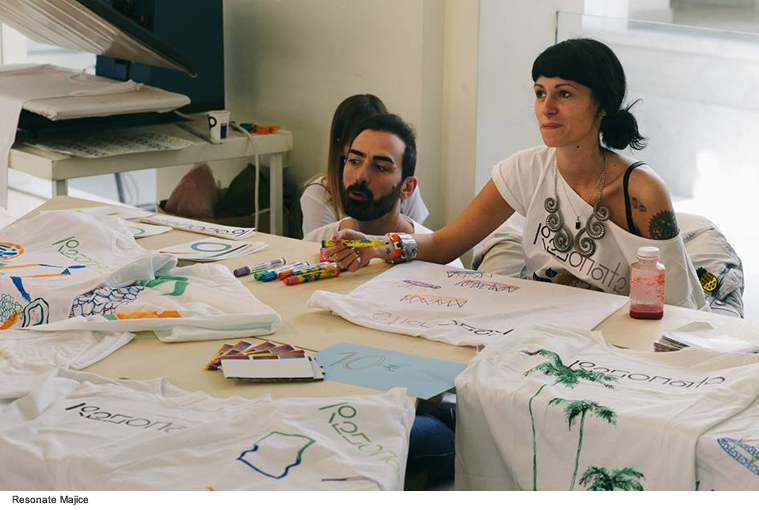 Aside from the student presence at the festival, artists such as Pete Ashton Birmingham (UK)-based artist is also a regular attendee at the festival. Ashton uses the festival to explore and check his own current practice. It’s an ongoing development that works best with regular attendance. “Over the three years I’ve been coming here, I’ve noticed that my own practice has evolved and given me a chance to contextualise where I currently am.”

It’s a chance to have what in the corporate world would be called a breakout session, but the rest of the world calls, ‘catching up with friends and sharing ideas’. Someone I’ve met previously is Pablo Garcia, who, as well as talking about current work, dropped hints about his forthcoming, You’re Never, Ever Alone, project. “I can’t say too much about it just yet as we’re pulling together the final details. But there will be a Kickstarter campaign.” He hands me a sticker and disappears into the crowd. It’s typical behaviour at Resonate. Stop talk and move on.

Anyone not keeping up with current research and ideas would be forgiven for thinking that some of the changing buzzwords and concepts in the digital arts world are there just to muddy the waters and put people off. Like any complex system, it requires time to understand and, importantly, is a reflection o f contemporary concerns for anyone using digital technologies at any level, from the casual Facebook user, to the hacker. There is a constant search for frameworks to pose some of the existing questions in a different way. In the arts, we often talk of sites of interrogation or exploration of concepts. 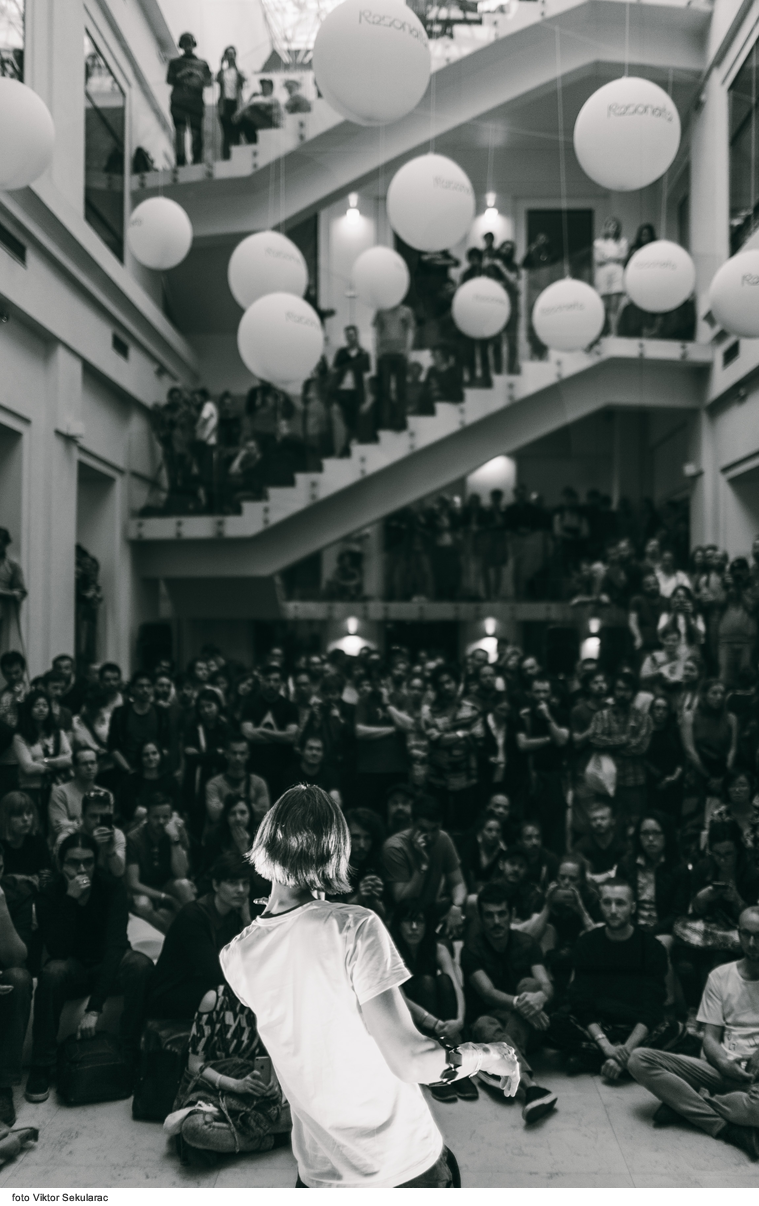 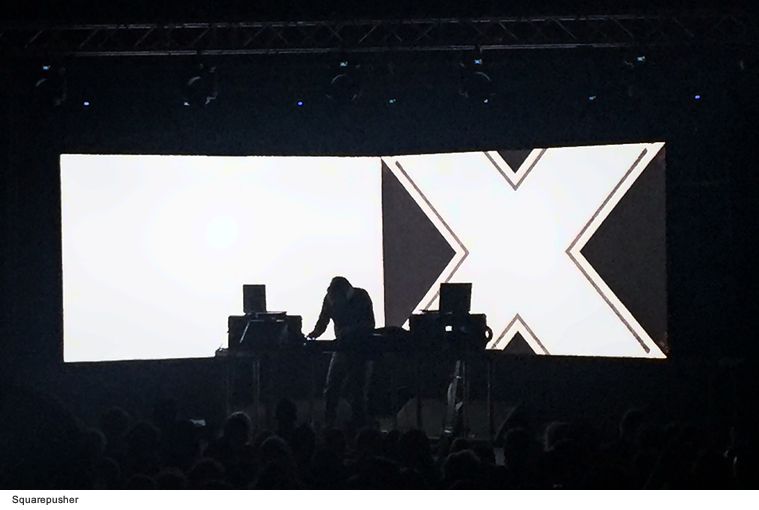 Because the conceptual can exist so well in the other-space of the Internet you’d think it wouldn’t need these real world encounters. In fact, the (real) reality is so much more the opposite. Places like Resonate and galleries like Furtherfield in London need to exist to fulfil the most basic of human needs: to belong and to be encouraged to continue to question and investigate the new an evolving world around you.