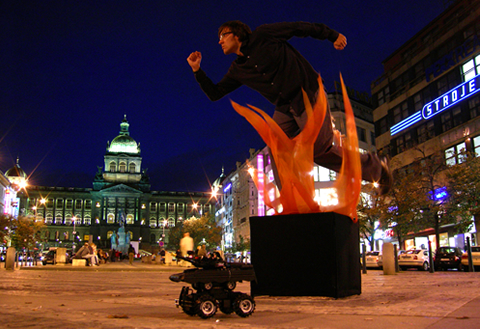 Aksioma – Institute for Contemporary Art, Ljubljana and the Maribor Art Gallery are proud to announce “RE:akt! Reconstruction, Re-enactment, Re-reporting”, the exhibition of the works realized in the last three years within the platform “RE:akt!”.

During recent years the term re-enactment and the practices it refers to have enjoyed increasing success in the artistic context. On one hand, the success of re-enactment appears to be connected to a parallel, vigorous return to performance art, both as a genre practiced by the new generations, and as an artistic practice with its own historicization.

On the other hand the term re-enactment accompanies two phenomena that at least at first glance have very little in common: re-staging artistic performances of the past, and revisiting, in performance form, “real” events – be they linked to history or current affairs, past or present. 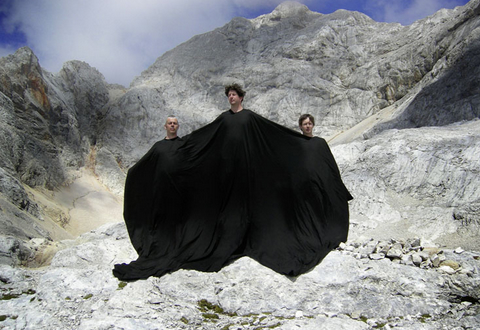 “RE:akt! Reconstruction, Re-enactment, Re-reporting” tries both to research on the complexity of this concept and to get rid of it, approaching re-enactment not merely as “live action role-playing” or “living history” but rather as a strategy for cultural critique, analysis and artistic expression. “RE:akt!” – meaning not only “to act again” but also “to respond to / to react upon” and “Regarding: act!”– confronts current ideological and intellectual canons, power structures, policies, and distribution channels by re-enacting selected historical and culturally relevant events.

Thus, “RE:akt! Reconstruction, Re-enactment, Re-reporting”, curated by the Italian art critic and curator Domenico Quaranta, will collect ten different approaches to the concept of enaction: from Ich Lubbe Berlin! (2005, SilentCell Network), a take on the 1933 burning of the Reichstag building in Berlin, which explores the contemporary meaning of symbols such as the Reichstag itself, and of concepts such as “communism” and “terrorism”; to Das KAPITAL (2006, Janez Janša), a performance which re-stages the 1968 occupation of Czechoslovakia by Warsaw Pact forces with the languages of popular street artists; from C’était un rendez-vous (déja vu) (Janez Janša in collaboration with Quentin Drouet), a project that plays with the paradigmatic history of a well known artwork, the film C’était un rendez-vous by Claude Lelouch, from “cinema verité” to “media fiction”; to VD as VB (2007), a series of actions in which Vaginal Davis, the “grande dame” of the queer underground in Los Angeles, dialogues with Vanessa Beecroft’s performances.

In Mount Triglav on Mount Triglav (2007), the three artists Janez Janša, Janez Janša and Janez Janša re-stage a well known performance of the OHO group from the late Sixties, recently appropriated by the IRWIN group for their Like to Like Series (2004), performing it on the Mount Triglav itself, and then translating it into a monumental golden sculpture; while in Slovene National Theatre (2007), Janez Janša translates an infamous fact of recent racism against Gypsies – known in Slovenia as “the Ambrus case” – into a piece of theatre, re-invoicing it as it was featured by the mass media.

In their Synthetic Performances (2007), Eva and Franco Mattes aka 0100101110101101.ORG reenact on the virtual platform of Second Life a series of historical performances that are all but virtual, raising issues such as body, violence, sex and pain, thus exploring the meaning of these very issues in a virtual world. In SS-XXX | Die Frau Helga (2007), Janez Janša (in collaboration with Dejan Dragosavac Ruta) again adds details and proofs of evidence to an “urban legend” recently circulated on the Net and mainstream media, concerning the presumed creation of a cyber-sex doll by the Nazis. 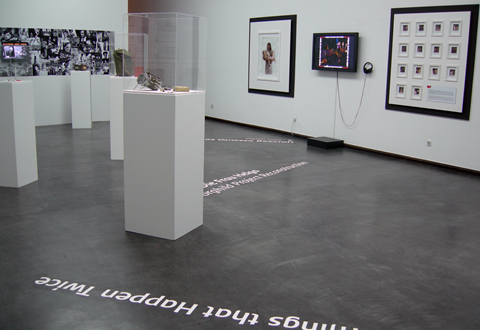 Thus, performance and reenactment are far from being the only strategies adopted in “RE:akt!”, which also involves strategies such as documentation, remix, re-invoicement, reconstruction and remediation (such as in the project The Day São Paulo Stopped 2009 by Brazilian artist Lucas Bambozzi), and media such as photographic print, video, media installation and even architecture (such as in the project Il porto dell’amore, by Janez Janša (in collaboration with Bor Pungerčič), an homage to Fiume as an example of pirate utopia).

On the occasion of the show in Maribor, there will be the world preview of the last work produced within the platform “RE:akt!”: In the Long Run (2010), by the collective IOCOSE. The work – a fake TV obituary of the pop star Madonna – develop the premises of the platform in an unexpected, yet necessary, way: the premediation of future events.

In 2009 RE:akt! Reconstruction, Re-enactment, Re-reporting has been displayed at the National Museum of Contemporary Art Bucharest, Romania, the ŠKUC Gallery, Ljubljana, Slovenia and the Museum of Modern and Contemporary Art Rijeka, Croatia.