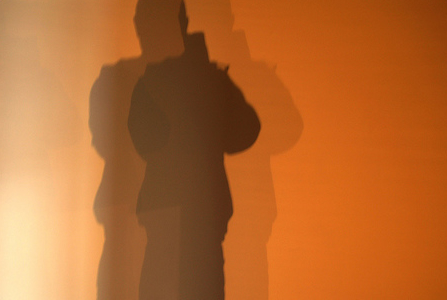 Galerie Guy Bärtschi is dedicating from past 14th of May, the entire gallery to exhibit, for the second time, the works of Rafael Lozano-Hemmer (born Mexico 1967). This exhibition is featuring a new series of works some of which will be viewed for the first time in Switzerland.

Rafael Lozano-Hemmer, who represented Mexico at the 2007 Venice Biennale, allies the technological experience with the aesthetic through works which require a constant, physical input by the spectator. The main idea of this interactive art is the encounter.

Rafael Lozano-Hemmer is indeed the cause of social experiments where the occupation of public space requires the active participation of the spectators; they become an integral part of the performance through their voice and movements. Without this interaction between the public and media arts, the art does not exist.

Movement is an all important part of Rafael Lozano-Hemmer’s works; images flicker, people move about, water and light come to life. This animation brings about the encounter between technology and the public. 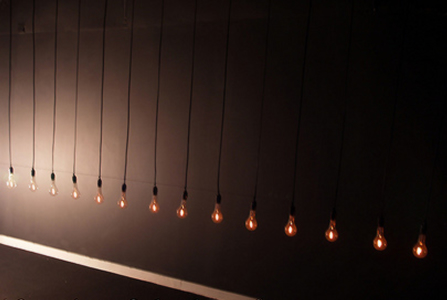 Computers, projections, soundtracks, mobile phones, neon lights, sensors and other systems allow the visualization of the participation of the visitor who contributes to the work through his gestures, his movements in space, his voice, his pulse or his heartbeat.

In the case of “Pulse Tank”, the visitor is prompted to insert his finger into a cylinder, or lay his hands on the plate provided. At this moment, a computer, detecting the pulse, activates an electronic device called a ‘solenoid’. This hammers the water to the rhythm of his heartbeat. The beats of the heart are transformed into circle waves on water.

Used this way, technology is not a concept of originality, but because, as emphasized by the artist, it has become ‘ubiquitous in our globalized society.’ Rafael Lozano-Hemmer however, uses it to suit his purpose, the creation of kinetic sculptures. The outcome is a poetic visualization of sensory phenomena usually invisible