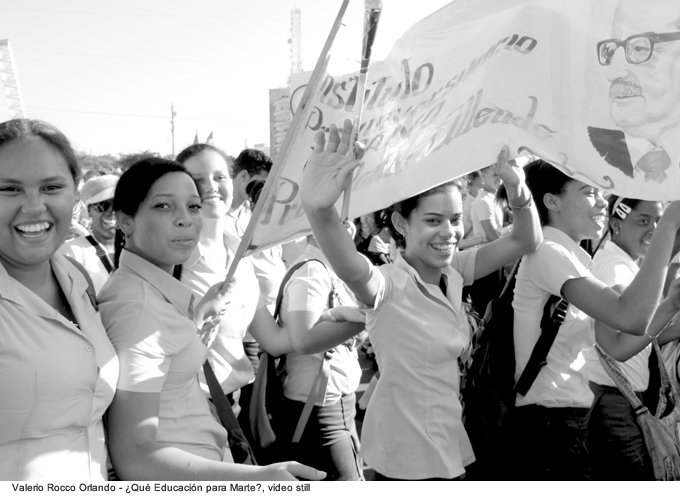 ¿Qué Educación para Marte?, the solo exhibition of the Italian artist Valerio Rocco Orlando opens on March 16th 2013 at Villa e Collezione Panza (Varese), the property owned by FAI – Fondo Ambiente Italiano. This is the first appointment of “An Education”, a series of exhibitions of artists’ videos and workshops conceived for students and anyone interested in contemporary art. The video – of the same title – will be available for viewing in the project room of the Villa until April 24th.

Produced on the occasion of the XI Bienal de La Habana, ¿Qué Educación para Marte? is the second instalment of an ongoing project which aims to analyse different international educational systems. The video was produced in collaboration with the students of ISA, the National School of Art in Cuba, and it is a shared reflection on the state of education in Cuba starting from the revolutionary pedagogical writings of the author, politician and national hero José Martí.

As Bruno Latour in his book “La vie de laboratoire” (1979) analyses the findings of science through the study of the relationships between scientists and their families, the work by Valerio Rocco Orlando investigates the contemporary school system through the relationships between students and teachers in schools that differ both in their structure and in their tradition. 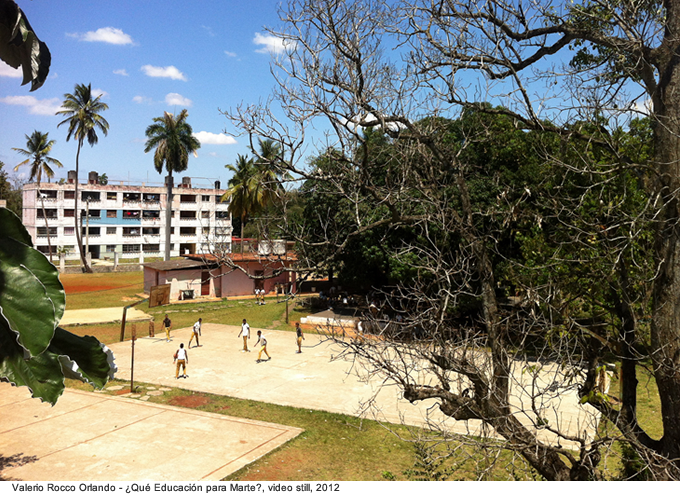 Over the years the intent of Valerio Rocco Orlando has been that of comparing different educational experiences, starting from his personal relationship with the people involved in each project. To this effect, the procedural dimension that characterises his artistic practice and the ensuing debate that takes place ‘on the field’, assume a necessary role for a direct and real exchange with the local community.

On the occasion of the premiere, the artist will conduct a workshop from 10am to 1pm with students from a local high school, while at 4pm he will meet the public during a conversation with the director of Villa Panza Anna Bernardini, the curator Maria Rosa Sossai and the film critic Mauro Gervasini. Afterwards the video will be screened in the chapel on the first floor of the villa specially set up as a project room. There will be guided tours for students of schools, colleges and universities of the surrounding area and of Lombardy.

“An Education” is an initiative of FAI – Fondo Ambiente Italiano and is curated by Alagroup, the platform for education and contemporary art founded by Maria Rosa Sossai. The project stems primarily from the didactic-educational need to attract young people to the museum and stimulate their interest in contemporary art, with an emphasis on new technologies and the new media which has always been one of the main guidelines behind Giuseppe Panza’s choices in the creation of his Collection. 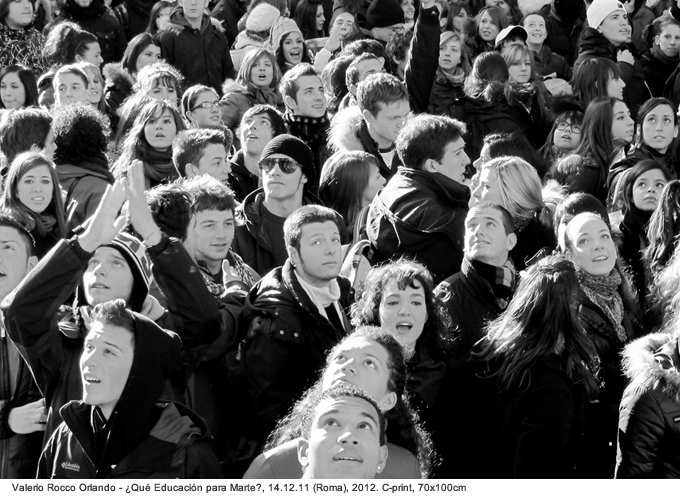