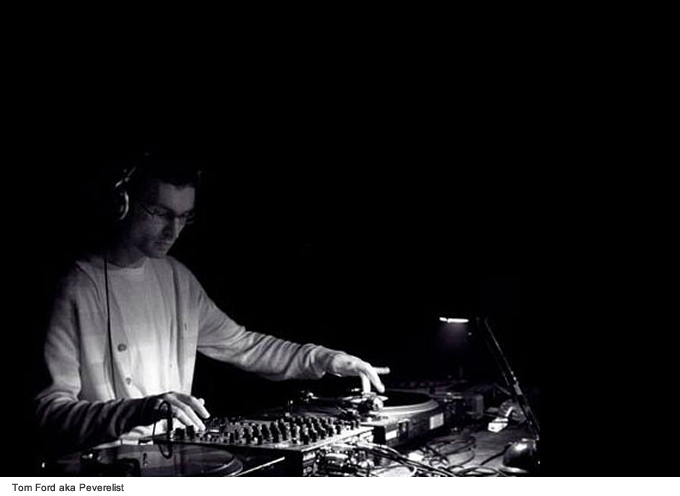 The mainstream celebrities from Bristol are Massive Attack, Tricky and Bansky, but the town on the River Avon can offer a wider range of resources, often hidden in the undergorund, and it features the heart of a peculiar music scene. Among the key players of this animation there is Tom Ford aka Peverelist, dj and producer, but also essential entertainer of the so-called Bristol Sound through his labels Punch Drunk and Livity Sound.

The first one, Punch Drunk, is conceived as a space for exchange and meeting of the most interesting dubstep, jungle and drum’n’bass productions, among new trends and crossover.

The second one, Livity Sound, releasing just vinyl records, is focused especially on the passions of Peverelist and his label fellows Kowton and Asusu: house, techno and the earlier dubstep. Formed in 2010, Livity Sound have released six white label singles to date, with Peverelist and Kowton also dropping the storming “Raw Code” single on Hessle Audio earlier this year. Livity Sound compiles all of this material, plus four new tracks set for release across two Livity Sound 12″s this year. It marks the first time that the Livity Sound material – “Raw Code” aside – has been available digitally. 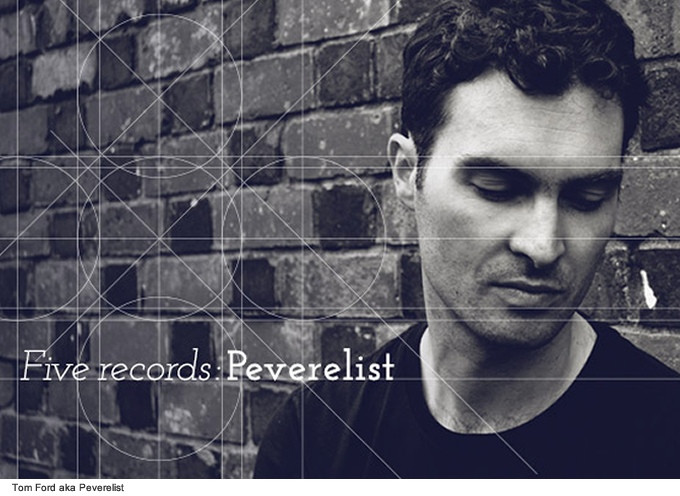 Claudia Galal: You are a dj and a producer. What did it push you to start to make music seriously?

Tom Ford: I’ve been involved in music for a long time, but I started to take it seriously with a view to releasing stuff just in the mid 00’s. I guess my influences stem from going up in the nineties and absorbing all the stuff that was going on in the UK then, with all the great music from the US and Jamaica combining with Uk music and getting reconfigured into something new.

Claudia Galal: Why did you decide to create your own label?

Tom Ford: I was working in a record shop in Bristol, the Rooted Records, and this new small kind of scene was happening in the city in reaction to some of the stuff that was going on in London at the time. There wasn’t an outlet for any producers from Bristol at that moment, so I started Punch Drunk to fill the gap and to give Bristol producers a platform to release music. It’s been the same ever since.

Claudia Galal: Why did you call it Punch Drunk? What does this name mean?

Tom Ford: No real reason, although I guess that’s the feeling you get after a couple of hours of being battered around by a proper sound system. 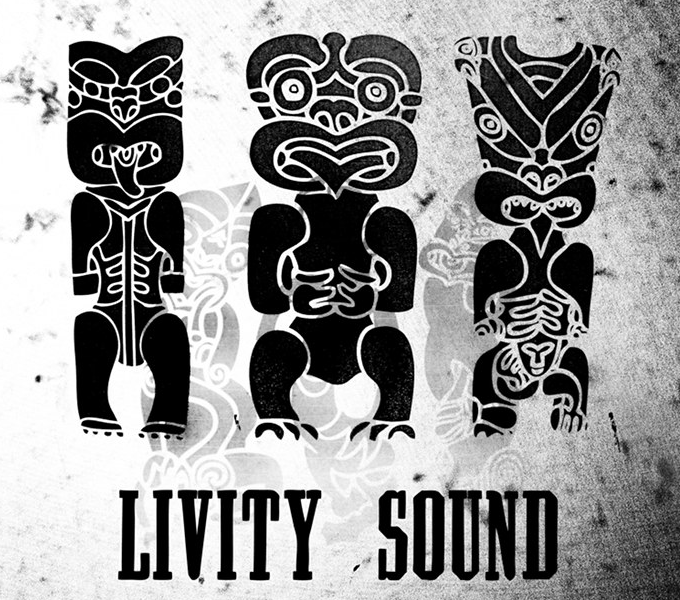 Claudia Galal: Which was your starting idea? Did you have in your mind a specific idea of sound and style?

Tom Ford: No, I had no idea at the start and even today there is not a specific sound, but our music generally has a UK sound, the right sound for a sound system. The label reflects some of the things that are happening in Bristol and has been really varied over the years, from my own more techno reflecting sound, to Ekoplekz industrial electronics to Guido’s R&B influenced sounds. Most people think of Punch Drunk as a dubstep label, but for me dubstep was just a green light to say the door is open to do something new. Everything was very conservative before that in the uk. It’s gone full circle again now and I find that current music is quite genre specific and unadventurous again.

Claudia Galal: Do you think that the label has reached its starting goals?

Tom Ford: I hope so, even if I didn’t have expectations when I started the enterprise. I always take one release at a time and see what happens. I’m not scared of taking risks and I think that’s important. I’m satisfied, I couldn’t choose a favourite release although the new 12″ from Hodge is awesome.

Claudia Galal: How would you describe the Punch Drunk sound?

Claudia Galal: How do you choose the label’s artists? What do they have in common?

Tom Ford: They are just people I know from Bristol: some of them from my days working in the record shop, some others I know them because I saw them playing in clubs, or others are people I meet in the pub. Bristol is a small place and it’s easy to link up with people like that. Most people know each other, or knows some mutually, because we live in a pretty small city. It is definitely interesting working with artists from different generations and seeing how their ideas link up. 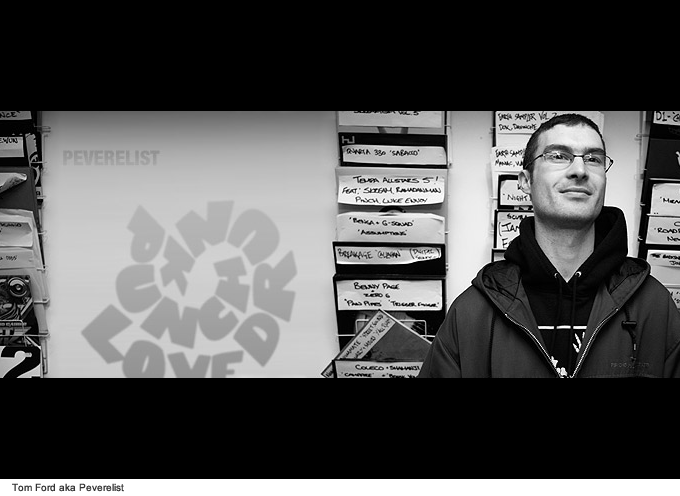 Claudia Galal: After a while you created a second label: Livity Sound. Why did you feel the need to set up it? What are its main features?

Tom Ford: Livity Sound came about as I felt a need to have a label which defined my own interests and ideas, combining all my influences from dub to jungle and techno. My friend Joe (Kowton) was instrumental in its creation. I remember that we chatted a lot about music at the time, about what we liked and didn’t like, and started collaborating on tracks together. One of those tracks became the first Livity Sound 12″. The third member, Asusu was another local dj and producer. I had already started talking with him about working together and I felt his ideas were compatible with ours. So he supplied the second release. As we started to release more records, we decided to try and present them in a live show. It was something none of us had ever done before and it made sense, because it was a new challenge for us. We took six  months to work out how we were going to present the music live and started playing together after that.

Claudia Galal: Bristol is a cult place for the electronic music lovers. It’s one of the capital of clubbing. What does living in Bristol mean? How has the city influenced you as artist?

Tom Ford: It’s definitely got a bit of a musical history. I originally moved to Bristol back in 1997, because of its music scene and its vivacity and I think a lot of people do the same, so its become a self-fulfilling prophecy. However, it’s a misconception that it’s a clubbing capital, maybe it was more in the Nineties but not now. There is a strong reggae culture here still, but the house and techno and even the drum’n’bass scenes are not as big as they once were a decade or two ago. I think the landscape has changed though: there are big events but they tend to be more mainstream. The exciting music is found in small clubs put on by small promoters taking risks, places of one or two hundred people capacity in basements or temporary venues. It’s a real blessing to have a bunch of promoters putting on small events like these and there’s been some real great nights this year. It feels like that underground scene is really healthy, even if it is very small. It’s definitely still an exciting time to live in the city.

Its hard to say how Bristol influenced me, I guess just meeting like minded people and exchanging and reinforcing ideas and encouraging each other. It’s great to have a support network to bounce ideas off. 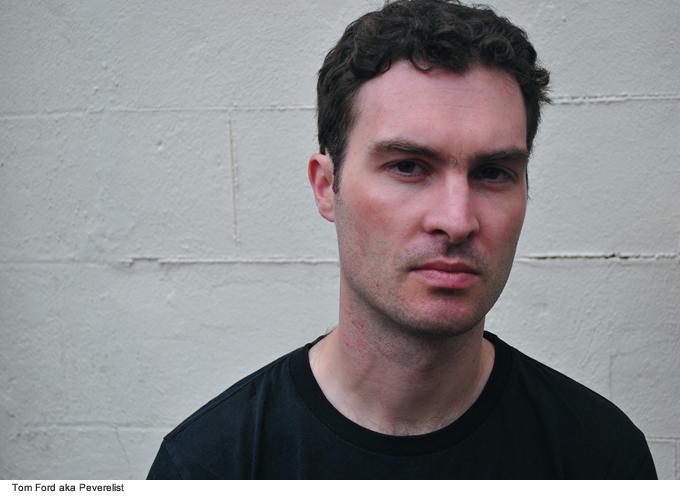 Claudia Galal: You started make music some years ago. In your opinion, what has been changed in the electronic music scene in the meantime?

Tom Ford: Everything! The internet has changed music like it has changed everything. I don’t know if it’s for better or for worse, but it doesn’t matter really, because it’s happened and everyone is moving forwards. I think the whole music scene is still coming to terms with the changes and it might take another ten years before everything finds its place again. Musically things keep going round in circles and there seems to be a lack of desire to innovate, which can make things a bit stagnant. But there are always great things happening at the margins, so take a risk and you might strike gold.

Tom Ford: I guess the most interesting things I see are from people who aren’t trying to fit in to a scene, but they are just doing things on their own terms in their own way.