PNEM Sound Art Festival 2012. What is the new experimental music? 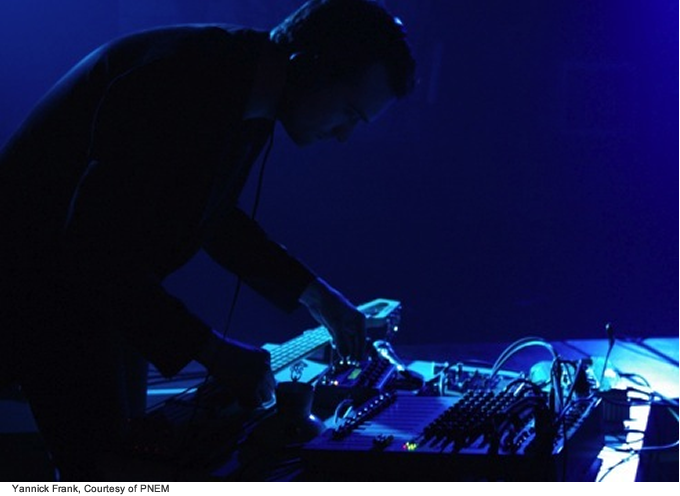 PNEM stands for Platform New Experimental Music and it is a sound arts festival that took place the past November in the south of Netherlands, in Uden.

The featured artists, presents for live performances and audio recorded installations, come from all over Europe and abroad. So, this Festival represents an experimental and international platform for new musical and sound art projects, at the crossing point of audio and visual creations, sounds system experiments, within the broader context of electronic, noise, acoustic and multimedia music installations. The 2012 one has been the second edition of this ambitious and interesting festival.

The organization is managed by the team of Het Platform Nieuwe Experimenteele Muziek and it is an initiative of Victor Notermans, Antoon Versteegde, Karel den Biggelaar, Dan Hoevenaars and Jan Jogendijk, a group of friends driven by the love for visual and sounds arts. They also are the members of the Approxim collective, who also performed at the festival. 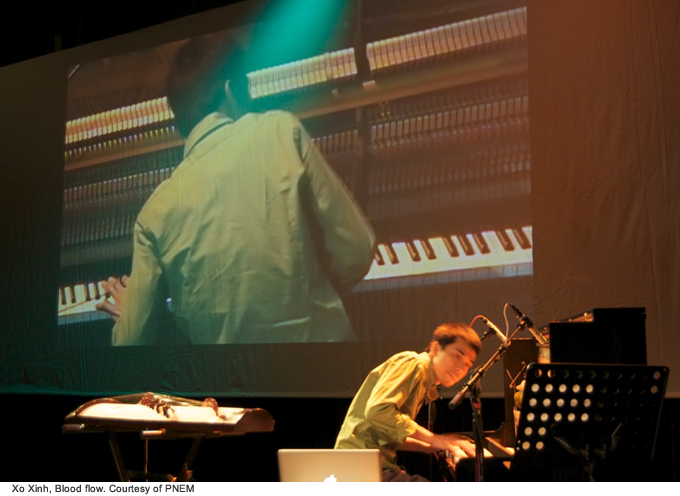 The festival, despite the cozy and friendly context where the organization team operates, is assuming more and more the status of an emerging reality among the festivals dedicated to sound art, gaining exposure at national level and public radio coverage. The main interest stays in the selection of new talents close to more known international artists. Despite the fact that not necessarily big names are displayed in the line up, PNEM festival attracts every year a higher number of participants and public.

The program on two days included live performances/concerts as well as audio and video recording presentations. It presented about 20 audio and video works from international artists who were selected within the field of contemporary, experimental music, audiovideo and sounds art, after an open call for experimental projects. Among the main live performances we mention the ones of Alessandro Perini, Marcus Beuter, the duo Kina Hegyfalu Toth, Xo Xinh, Yannick Franck, main contributors of the first festival day.

The first night, has been introduced by a short but interesting academic introduction to contemporary and electronic music, from the Rumorism origins, via Cage and Stockhausen, until the first electronic experiments. Forking Clocks by the Italian artist, Sweden based, Alessandro Perini kicked off the festival. The audiovisual installation presented at PNEM is inspired by the work of Borges and it’s questioning the time’s conception and perception. Twelve LED lamps (with red, green and blue components) are controlled by a computer and they are connected to metronomes’ sound in order to create a tension between the oscillating shadow and the sounds. Up to three different layers of oscillation are created by means of separately controlling the different lamps. The result is an immersive audiovisual soundscape marked by the time. 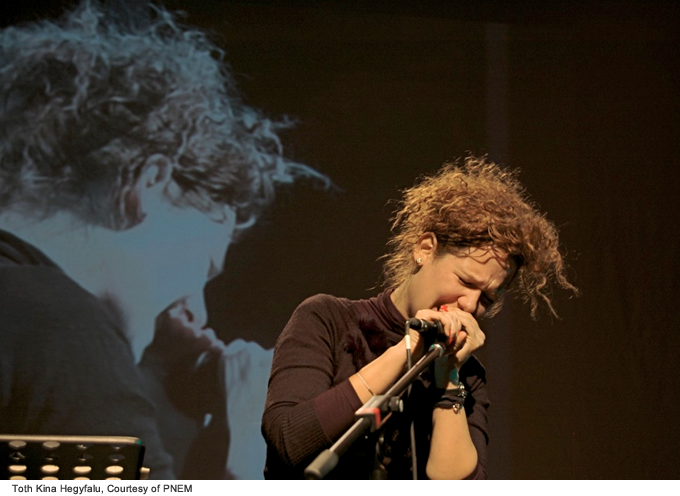 The second performance was the one of Yannick Frank, a Belgian artist focusing his research on treatments of audio sources like instruments and non-musical objects, voice, radio signals and field recordings. The musical and sound explorations of Viramundo, the solo work presented, is based on the relationship between sound, vocals and text, starting from an interpretation of a Gilberto Gil song.

The third live was the one of the German performer Marcus Beuter with his electronic music solo performance Sonus Plexus Fragmentarii, based on field recordings. Beuter works with loops, recordings, samples and effects in order to create an improvised sound environment aimed at questioning the known music listening and bringing sounds into new audio contexts.

A double performance followed, the one of the Vietnamese electro-acoustic and music composer Xo Xinh, based now in US. His first work, Blood flow for piano and live electronics is an attempt to musically reproduce the drop in sensation a human being feels within the body when the blood flood in arteries is reduced because of temporary lack of oxygen. When the cells are then reoxygenated, the blood start circulating again and the body wakes up returning to the normal state. These sensations are questioned from the sonic point of view through the piano sound (reproducing the blood) processed through Max/MSP real time manipulations, acting as oxygenation. 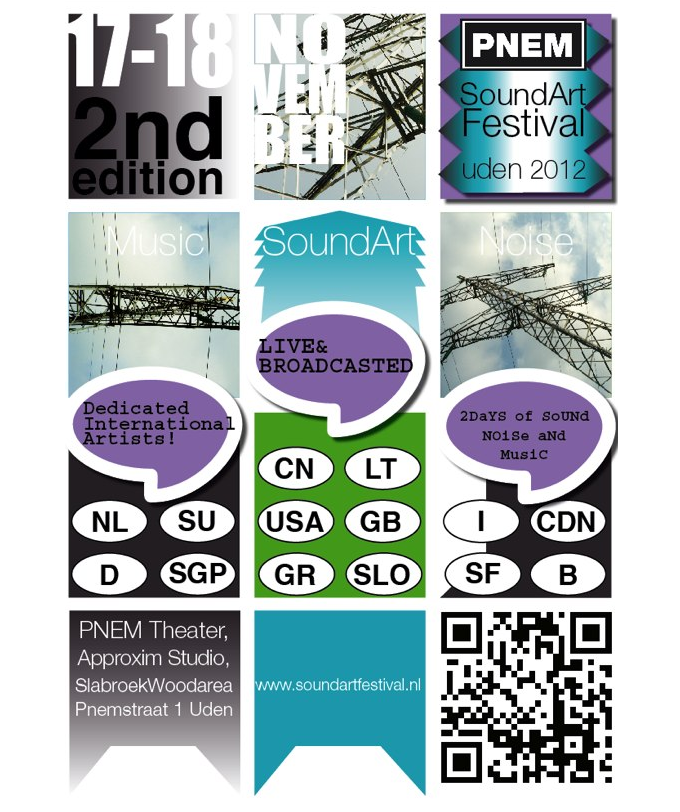 The second work was The road home for Vietnamese 16 strings zither and live electronics. Once more the traditional sound of the zither is processed in Max/MSP and the outcome is a live interaction between the software and the instrument, aiming at the exploration of the timbre of the zither through the modulation of signal processing techniques. The first night has been closed by the Hungarian noise duo Toth Kina Hegifalu, composed by two Hungarian experimental musicians – Kinga Toth and Gergely Normal. They performed a live interpretation of text written by Kinga Toth, a vocal/noise musical expression accompanied by electric guitar.  The vocal element is explored together with its sound dimension and within the electro-acoustic texture of instrumental music.

Different exploration paths and artistic expressions converge in the research about sounds nature and interactions with other elements (video, voice, software, time, computer processing). On parallel, as we previously said, several videos have also been presented. Among them the ones of Daria Boricchi (IT), Anna Puhakka (FI), Scrag Aisedory (UA), Victoria Trinder (UK). The audio selection featured works by Tropic of Coldness from Belgium, Jason Sloan and Katie Gately from US and Jennie Savage from UK. 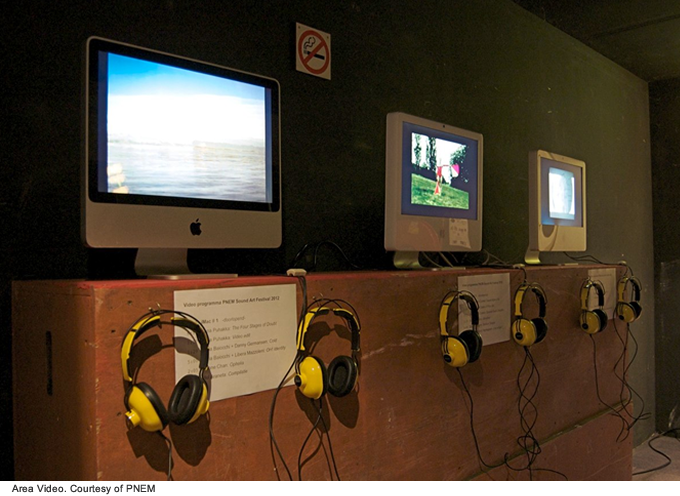 Overall, a festival that despite the limited budget, is full of potential and has a solid and valid artistic organization behind it. Added to that a very nice venue, the PNEM Theater in Uden. Hopefully the next edition will be once more rich in terms of new emerging artists, international names and most of all passion and involvement.