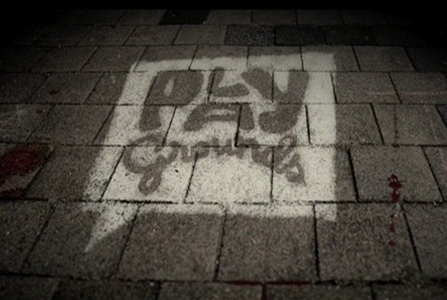 For the third edition of Playground, STUK center in Leuven, again focuses on artists exploring the boundaries between various art disciplines. This international live art festival presents performances, installations and live actions. The program consists of two closely linked parts: a series of performances and an exhibition.

In their performance Laurent Montaron, Julien Discrit, Thomas Dupouy and Ulla von Brandenburg draw their inspiration from the phenomenon of synaesthesia, in this case somebody seeing colours when hearing music. Aurélien Froment and Youri Dirckx present a new performance ‘In Order of Appearance’ amidts a fragile architecture made of paper, modelled on the white cube of the museum (co-produced by STUK and If I can’t dance, I don’t want to be part of your revolution). Michikazu Matsune and David Subal bring STORE to Leuven, a shop in the city centre where visitors can buy movements, actions and behaviors (in collaboration with the museum M).

Lars Siltberg organised several workshops that took place last summer in STUK. His video installation will exploring notions of collectivity, interaction and intimacy. Bas Schevers, Katinka Bock, Barbara Visser and André van Bergen interact both the with the STUKbuilding and the festival.

A number of productions explore the boundaries between dance, theatre, music and visual arts. The new performance by Mette Edvarsen Every now and then explores the media book and what happens with the performance after it is over. In Miet Warlop’s Springville unique characters in are involved in a game of chaos, expectation and surprise. Myriam Van Imschoot is both presenting her research on the improvisation project Crash Landing, and uses her source material together with Christine De Smedt in the performance Pick Up Voices. 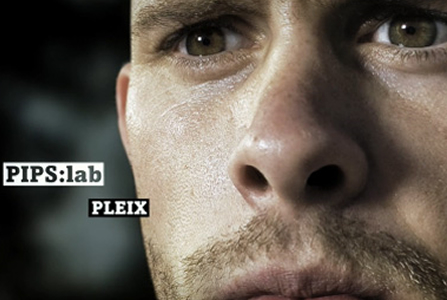 Sarah Vanhee organises an auction for ‘Unrealized but brilliant ideas’. Breaking News by Rimini Protokoll is commenting and interpreting the news of the day, including live broadcasts on stage. The sculpture Stage Matrix#2 by Markus Schinwald is being portrayed as a furniture machine used by dancer Oleg Soulimenko. In Philipp Gehmacher’sand Vladimir Miller’s video installation Dead Reckoning, images of three dancers are constantly shifting.

Together with De Appel in Amsterdam, STUK presents on November 13 (in Leuven) and November 14 (in Amsterdam) a two-day multidisciplinairy conference The Manifold (after) Lives of Performance. Presenting the viewpoint of artists as well as theoretists de Appel, Frascati and STUK Kunstencentrum will look into the many current ways in which performance is handed down, preserved and mediated ‘after the fact’. The conference will present several cases from artists and curators, including projects that distribute artistic ideas in unusual ways. With contributions by: Marie Cool & Fabio Balducci, TIME festival, Inside Movement Knowledge, Eric Mangion, Eva Meyer-Hermann, Sarah Vanhee, Myriam Van Imschoot, David Weber Krebbs & Alexander Schellow a.o.

Together with Playground STUK opens also a solo exhibition with Matt Mullican (born in 1953, USA) to Belgium. The oeuvre of Matt Mullican is very diverse, consisting of drawings, sculptures, architectural constructions and performances. Since his early work in the 70s, he has been examining the notion of ‘performance’ by means of actions and interventions. Mullican also uses hypnosis to get in touch with underlying aspects of his personality. The exhibition looks at the performance aspect throughout his impressive oeuvre and combines videos, drawings, sets, images, texts and photographs.