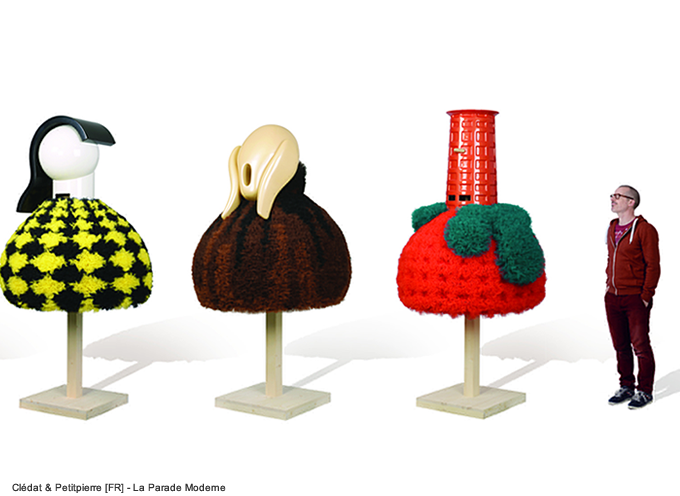 Playground is curated by: Eva Wittocx and Steven Vandervelden.

The performance by Emily Roysdon is commissioned by Corpus (If I Can’t Dance Amsterdam – STUK (Playground) Leuven – Tate Modern London) and co-funded by the European Union. The work of Clédat & Petitpierre is supported by Institut Français.

Since 2007 Playground has been a meeting point for performing arts and visual arts. The seventh edition of the festival has a special focus on art projects that can be seen both as installations and as live performances.

The performances staged during Playground look for unique ways to translate text, situations or experiences to a live event. In an empty exhibition room that only shows Marijke Van Warmerdam’s new film, three characters perform a text based on Exiles, the only play by James Joyce. Carly Wijs, Jerry Killick and Rasmus Ölme are trapped in an unsolvable love triangle that starts when the museum opens and stops when it closes. Museum M also presents a new installation and performance by Grace Schwindt that investigates how meaning is given to landscapes. Clean Air mixes choreography, costumes, music and knitting in an unusual scenery. After their participation last year, the museum brings new work by the French duo Clédat & Petitpierre. La Parade Moderne consists of ten colourful larger-than-life dolls referring to figures in iconic paintings.

During the festival they will be carried around the city in a parade. The Book Project by Belgian artists Erki De Vries and Pieter Huybrechts explores our experience of space. Their interpretation of one of the museum galleries is both translated into a sculpture and a book project. In the auditorium M presents Reflections without Sun, a compilation of short films by pioneers of experimental cinema and video escaping formal filmic narratives through the use of direct, sometimes exaggerated performance in front of the camera. This programme, featuring Vivienne Dick, Brice Dellsperger, Alex Bag, Wynne Greenwood, Ryan Trecartin, Ursula Pürrer & Hans Scheirl, Pauline Boudry/Renate Lorenz, is curated by Anne-Sophie Dinant and Electra (Irene Revell, Fatima Hellberg, London). Belgian artist Gerard Herman‘s contribution consists of an ice cream van with custom-made music driving through the city center of Leuven. 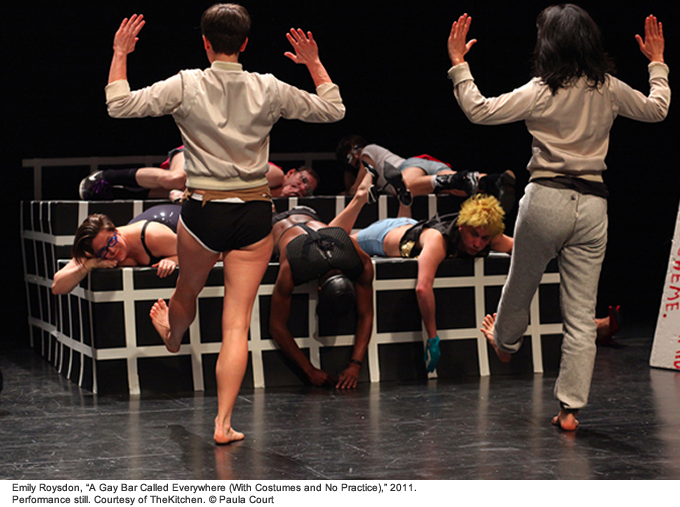 By any other name, Emily Roysdon‘s new creation continues her work on the edge of the curatorial and dramaturgical. The performance explores the notion of time and features Barbi Badalov and Eleonor Bauer among others. Michael Portnoy‘s absurdist and interactive game show 27 Gnosis was one of the outstanding contributions to last year’s dOCUMENTA (13) at Kassel. This game is the perfect alibi for an inventive work of art about the limits of language, communication and representation. World-famous choreographer William Forsythe is both present with a live installation and the video works Solo and Lectures from Improvisation Technologies. In the performance Nowhere and Everywhere at the Same Time many pendulums hang in an empty space while a lonely dance explores the kinetic and metaphoric potential of the scenery.

Along with Giulia Sugranyes, Anabel Schellekens brings the interactive work Move: a mobile set consisting of elements that can be rebuilt and moved around, both by the performers and the audience. STUK also presents the recent film Props for Drama by Belgian duo Sarah & Charles, a musical about the different chapters of a girl’s life in a staged world. Lundahl & Seitl also return to Playground, this time with Proscenium, taking place behind the scenes of the Leuven City Theatre. In their work once more the border between fiction and reality and between audience and performers slowly disappears. What are the minimal requirements for theatre as a form of art?