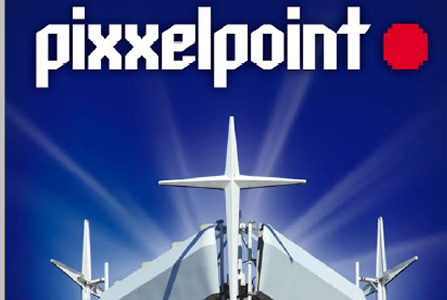 Kulturni Dom Nova Gorica (Slovenia) is pleased to announce the 9th International New Media Art Festival Pixxelpoint, that will open at the Nova Gorica City Gallery (Mestna galerija Nova Gorica) on December 5, 2008, at 8.00 PM. The festival will run from December 5 to December 12, 2008. Pixxelpoint is one of the most successful and renowned festivals of new media art in Slovenia and also abroad. Its purpose is firstly, to bring the information technology and new media art closer to the general public, and secondly, to raise awareness about a different potential to use computer among the young.

This year’s edition of the festival focus on the theme “FOR GOD’S SAKE! How the media change the way we imagine / represent / honour / curse the divinity”, suggested by the Italian art critic, teacher and curator Domenico Quaranta. In his words, “contemporary artistic projects have often raised such issues as technological fetishism, the
oracular nature of the internet, the fideistic attitude we have towards the media and the evangelizing bent of those who produce them. This art often takes a critical approach, but also looks for an authentic vehicle of spirituality in the media. Taking this as its theme, Pixxelpoint 2008 addresses saints and heretics alike, showing
projects which explore the relationship between media and spirituality at a key point in human history, a time of civilization clashes and neocon upsurges, apocalyptic nightmares and hopes for a new enlightenment.” Among the works, distributed between the two spaces of Mestna Galerija Nova Gorica and Galerija Tir in Mostovna, the ones selected through the international call for artists are presented together with the ones proposed by internationally renown artists invited to take part in the exhibition. As in the previous editions, the festival program involves panels, workshops, musical events and the screening of a movie. The events will take place on both the sides of the border between Italy and Slovenia: together with Mostovna, Associazione Lucide and Dams – Università di Udine, located in Gorizia, have been involved. They will produce Pixxelmusic, a parallel festival that will run from December 10 to 12, 2008.

The exhibition, distributed between Nova Gorica and Mostovna, is the result of a difficult process of selection of the more than 110 applications arrived this year; a selection that should take into account not just the quality of the proposals, but also their ability to embody the suggested theme in a different way, and to integrate effectively the projects shown by the invited artists. The exhibition consists of 30 works by 30 different artists. Among them, etoy’s Mission Eternity project, described as a “digital cult of the dead”; the network of meditating computers set up by the German artists Ute Hörner & Mathias Antlfinger; the Empathy Box by the Italian collective Io/cose, which helps building a spiritual community based on the sharing of pain; the anti-institutional, new media rituality suggested by Otherehto; Martin Conrads and Ingo Gerken’s conceptual work, an interrogation on the ritual use of communication technologies; and then Gazira Babeli and Patrick Lichty’s video-installation 7UP, a research on the meaning of an avatar life, and Janez Janša’s remake of Koyaanisqatsi, which uses Google Earth as a source. The video screening, situated in the Galerija Tir in Mostovna, collects all the videos on show at the festival, putting together some brand new works with recent “classics” such as Negativland’s The Mashin’ of the Christ (2004) and Eddo Stern’s Deathstar (2004), an exploration of the relationship between religion and violence.

Below, the complete list of all the participating artists:

On December 10, 2008, at 6.30 PM Pixxelmusic, a related festival, will open in the restaurant “Al Falegname” in Gorizia, Italy. The festival will run until December 12, and includes many different events. Pixxeldinner, a dinner / panel (coordinated by Marco Mancuso, director of the editorial project Digicult) that will take place after the
opening mixing pleasure, conviviality and culture, will involve the following speakers: Claudio Sinatti, filmaker, vj and video artist; Antonio Riello, artist and teacher; Peter Mlakar, head of the Department of Pure and Applied Philosophy of the NSK; Jurij Krpan, director and curator of the Galerija Kapelica in Ljubliana; and Claudia D’Alonzo, indipendent curator. Pixxellab (December 11), a vj session with the Dutch artist EBOMAN and the Italian duo Mylicon/EN, and Pixxelnite (December 12), with the group Useless Wooden Toys, will close the festival. 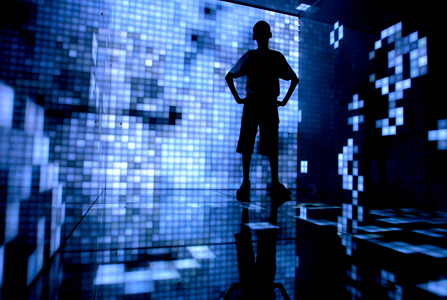