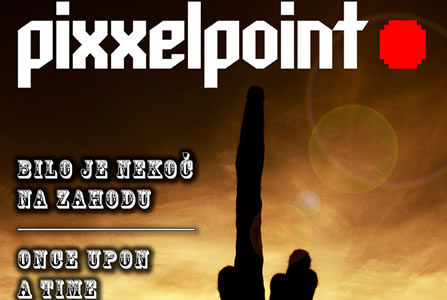 Kulturni Dom Nova Gorica (Slovenia) is proud to announce the 10th edition of the International New Media Art Festival Pixxelpoint, that will open at the Mestna galerija Nova Gorica on December 4, 2009, at 8.00 PM. The festival will take place from December 4 to December 11, 2009, and will have two venues: the Mestna Galerija Nova Gorica, every day from 9.00 AM to 7.00 PM; and the Fondazione Cassa di Risparmio di Gorizia (Via Carducci 2, Gorizia), every day from 2.00 to 7.00 PM.

Furthermore, Web based works have been collected in an online gallery designed in collaboration with Club Internet (www.clubinternet.org) and proudly hosted by Padiglione Internet (www.padiglioneinternet.com) – a project by Miltos Manetas for the Venice Biennale. The online exhibition, open every day, 24/24, will be screened in the two venues of the festival as well.

Pixxelpoint, now celebrating its 10th birthday, has become an internationally established New Media Art festival, well known in Slovenia and abroad. Its primary interest is to bring information technologies and New Media Art to a broader udience, and to help new generations in developing an alternative, more “mature” use of the computer.

THE FESTIVAL THEME
Once Upon a Time in the West

We keep on talking about “new media”, while in actually fact these media are anything but new. The Net is twenty years old, if we start counting from the advent of the Web, forty if we start from Arpanet. Spacewar!, the first videogame ever, is more or less the same age. Virtual worlds are the updated, lighter versions of a technology acclaimed as “the future” when Second Life programmers were still in diapers; social networks are the bastard sons of Fidonet. As for the computer, it is younger than Lord Byron, but certainly not than his daughter Ada.

Once upon a time there was the electronic frontier, an abandonware myth which was able to regenerate itself thanks to the continuous advance of the frontier itself. Like in space, in technological progress there’s no ocean at the end of the trip. But, unlike the space race, the race to the next technology is endless, and endlessness is boring. 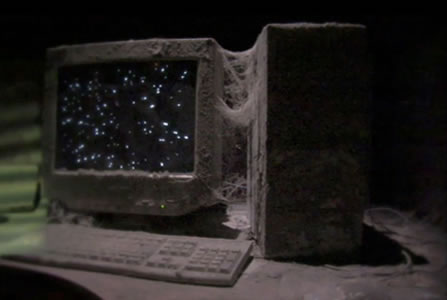 Yet, while we got used to innovation and the day-after rhetorics, we have never got used to the loss of the past. We look back to what was new yesterday and is trash today, and we feel a deep sense of nostalgia. Commodore 64 and 386dx. The first Apple Macintosh. Bulletin Board Systems. Animated gifs. Glittering images. Web buttons. Super Mario. Doom. Napster. Jennicam. Mosaic. ASCII art. MIDIs and MOOs. Not  to mention VHS, vinyl, audio cassettes, cathode tubes, portable
radios, faxes. It is the kind of nostalgia that we feel for a relative who died young, once the pain abates: you are left wondering what kind of man he would have been. Or for someone that, once grown up, does not live up to his or her promise. Sometimes nostalgia develops into historical research, and becomes media archeology. We don’t look for the technologies that we once loved, but those we have never seen in action.

But in both the cases, in the artistic field this sentimental look at the past is producing some brand new, interesting stuff. Reviving dead media and obsolete technologies, retrieving and rekindling their aesthetics, making them do things they were never expected to do, and telling stories about them with other means is proving to be a sound artistic strategy – undoubtedly more so than “the exploration ofthe artistic potential of new media” which became the mantra of most New Media Art. This happens because, when you give up on the rhetorics of novelty, what is left on stage is the human element: the man of the past who domesticated the media, put his own life into them and was changed by them; and the man of the present, who looks back on that past with the same sentiment as the venerable Sergio Leone looked to the West.

Indeed in spaghetti westerns, as in this show, nostalgia is just a minimal part of the whole thing. The decision to use obsolete media reveals can be act of cultural resistance against the present and this marketing strategy, as well as proprietary software and hardware; a way to make something new with old means; the resiult of the choice to work withing a defined set of constraints. In some cases, it is the juicy fruit of a steampunk imagination; iIn other cases, looking back to the history of the media goes hand in hand with looking back to your own personal history.