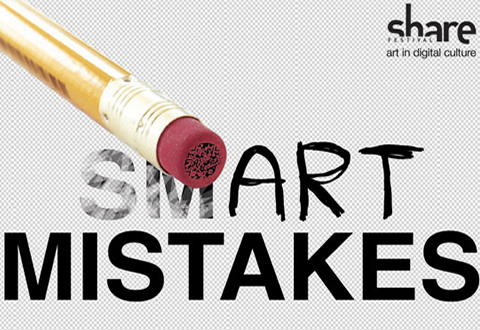 Piemonte Share Festival is featuring a series of exhibitions, conferences, dialogues, workshops, screenings and performances focused on the topic of SMART MISTAKES – to help broaden our minds, sharpen our skills, and inspire creative expression.

The artistic directors Simona Lodi and Chiara Garibaldi, together with the organising team, have dedicated this 6th Piemonte Share Festival to the artistic and cultural import of error and chance discovery. SMART MISTAKES is the oxymoron wrapping up the theme this year, focused on the history of error and the watershed moments in human history that error, in the form of chance discovery, has brought.

Error has truly unique creative power, as it represents the emergence of a problem, which in all its different facets demands attention, and which in turn elicits controversy, while it is controversy that generates solutions and innovation. This is why, in our age of global emergency, smart mistakes are of such interest. 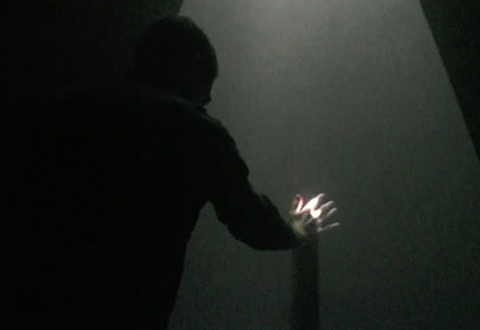 But in the art and culture of our digital age, does error still play the role of instigating change and activating value? Just as a genetic error is an agent of mutation and hence of biodiversity, error in action is what guides the creative process – because perfection leaves no room for improvement. A cultural, social and artistic counter-strategy lies in hybridization and the creation of new spaces for communication via the unexpected, mutation and unintended use. Today, using echnology in unexpected ways means opting out of the dominant life paradigm, rooted in a certain strain of liberalism rather than in the liberty of knowledge. Until just two decades ago, creative approaches to technology could only be found among artists and in the academic and military spheres. From a niche interest, today all of society is under its spell. The task of the Share Festival is to shine a spotlight on these trends, outlining a scene in constant change.

This year’s 6th Share Festival has broadened its cultural horizon to include the progressive pervasiveness of the digital in mainstream society, while keeping its critical eye on technology as sharp as ever. When we set off on this cultural and artistic odyssey, the digital arts were considered entirely experimental, and not integrated into the business side of the art world.

Today, media art is an important and accepted artistic language, attracting an audience of growing proportions. Until not so long ago, digital art was just beginning to be taken into consideration. Today we talk about art in the digital age. Share Festival will continue not to celebrate technology, but rather to investigate it, showcasing projects that question technology’s influence on culture, and looking into how, for better or for worse, technology pervades and has changed our lives.

This is why the Share Festival this year is changing its official scope of interest (and subtitle), focusing on art and culture in the digital age, shifting the adjective digital towards society, when before it was paired with art. This change of paradigm has been shaped by the growing pervasiveness of the digital in society – a process that has only just begun, but has already led to computers becoming an everyday object, on par with any other home appliance. Like every year, the Festival will be hosting an exhibition of the large-scale art installations of the six finalists of the Share Prize, which this year attracted 270 entries from twenty different countries, on show in the wonderful exhibition spaces on the second floor of the Regional Museum of Natural Science.

The winner of the Share Prize 2010 will be announced on Saturday, 7th November, at a special award ceremony. The programme will be featuring a thematic screening on the topic of SMART MISTAKES, along with a series of engaging workshops tied to the special project by Les Liens Invisibles, and experimental performances. 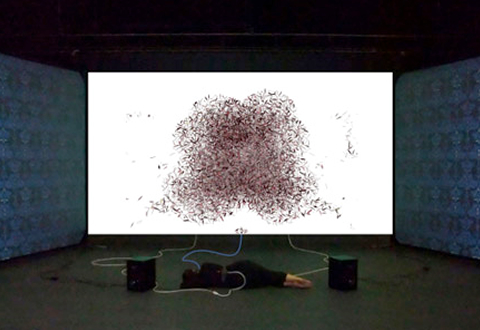 New this year is the special Symposium on SMART MISTAKES, in which leading guest curators will be presenting their key note addresses, exploring the artistic and cultural import of error in three main fields of interest: technological and media mistakes (the relationship between humans and machines, dysfunction, and transmission errors), biological mistakes (mutation, biodiversity and living art) and chance discovery (serendipity, random discovery, accidents and unexpected variance).

The Share Festival Symposium will then continue with a series of dialogues between guests from diverse fields, called upon to exchange their views on cultural and social issues affecting the average man and woman on the street. These tête-àtêtes between directors, musicians, writers, scientists, philosophers, architects, lawyers, economists and entrepreneurs, alongside the more specific presentations, will expand the discourse on error into broader fields that are not specifically technological. Guests will be invited to tell their stories and career experiences within the domain of smart mistakes, opening the Festival to conversation as a platform for sharing knowledge of contemporary culture.

Within the programme of events for Your Time, Torino 2010 European Youth Capital, Share Festival together with ClubToClub, Musica90 and Prospettiva will be presenting Youth Museum.