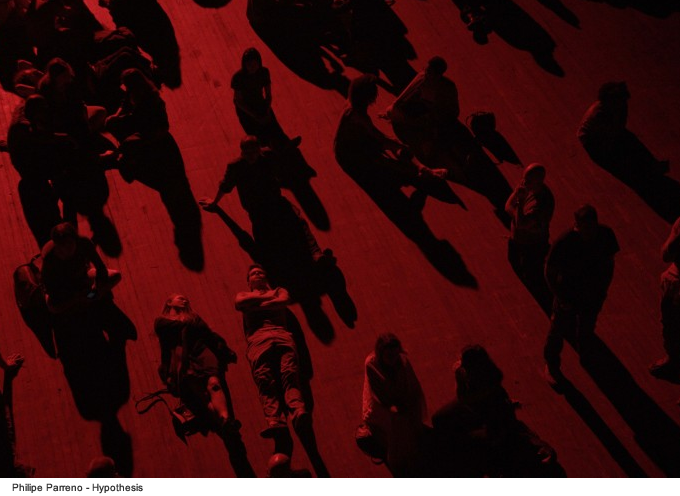 From 22 October 2015 to 14 February 2016, HangarBicocca, the contemporary art space wholly supported by Pirelli, presents Hypothesis, the first survey exhibition in Italy of French artist Philippe Parreno. The show, curated by Andrea Lissoni, will be inhabited by a series of key pieces together with recent works and music according to a mise en scène devised by Parreno.

Over the last 20 years, Parreno has redefined the experience of the exhibition exploring the possibilities beyond the presentation of single artworks. He conceives his exhibitions as choreographed spaces that follow a script where a series of events unfold. Parreno also questions the concept of authorship and has worked in collaboration with many highly influential artists, architects or musicians.

Upon entering the “Navate” exhibition space at HangarBicocca, visitors are immediately confronted with the iconic Jasper Johns piece set elements for Walkaround Time, which was created as part of the set for Merce Cunningham’s dance of the same name in 1968. 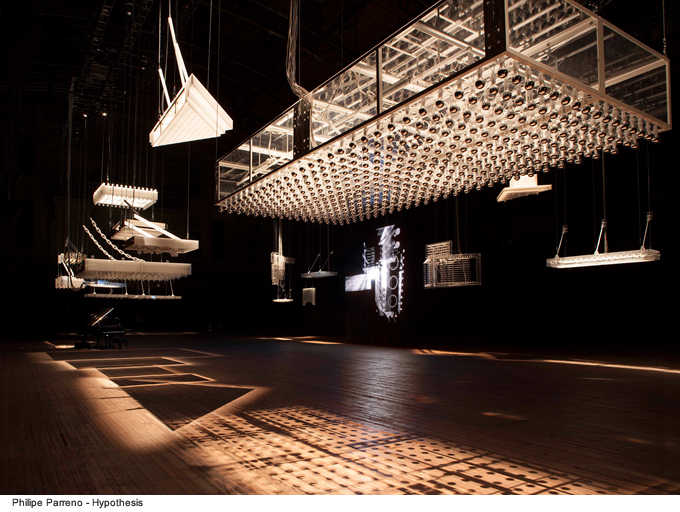 A central element of the show is Another Day with Another Sun (2014) (in collaboration with Liam Gillick and produced by the LUMA Foundation): a spotlight resembling a luminous planet, slowly navigating across the ceiling, crossing the monumental columns of HangarBicocca’s space while the flickering street of the Marquees, made between 2006 and 2015, projects long shadows that seem to outgrow the surrounding space. The Marquees and pianos are sequenced to musical compositions by Agoria, Thomas Bartlett, Nicolas Becker, Ranjana Leyendecker, Robert AA Lowe and Mirwais.

The Marquees will be elements of the soundtrack for the films screened in the exhibition: The Boy From Mars (2003); Invisible Boy (2010); Marilyn (2012); and the most recent film, The Crowd (2015); and on a LED screen: Anywhere Out of the World (2000); Alien Seasons (2002); and With a Rhythmic Instinction to be Able to Travel Beyond Existing Forces of Life (2014). The “Cubo” space houses the projection of Le Mont Analogue (2001), an intermittent sequence of light that translates the novel of the same name by Renè Daumal into Morse code. 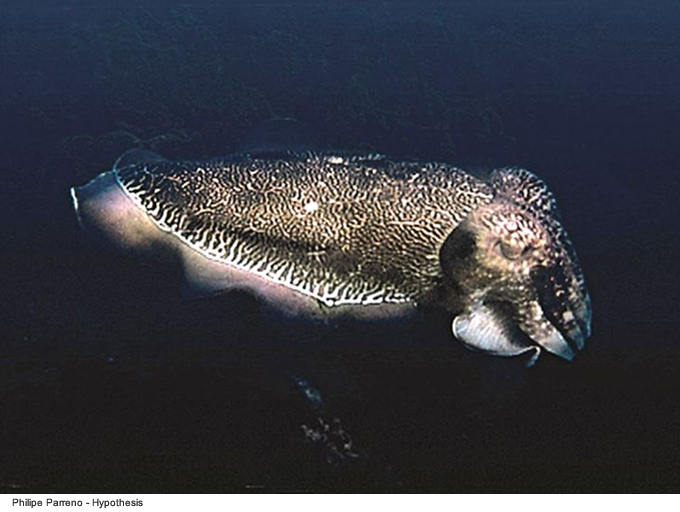 As Andrea Lissoni, curator of the exhibition, said: “Hypothesis can be considered an experimental model for a solo show, in which different existing works are recombined for just the duration of the exhibition, becoming a temporary installation, and then getting back their individual lives and status after the  show itself has ended. Hypothesis is a hypothesis for a time-based exhibition in which beginning and end are no longer located in the space but dispersed in time, enabling a never ending iridescent experience of the artworks as well as of the venue.”