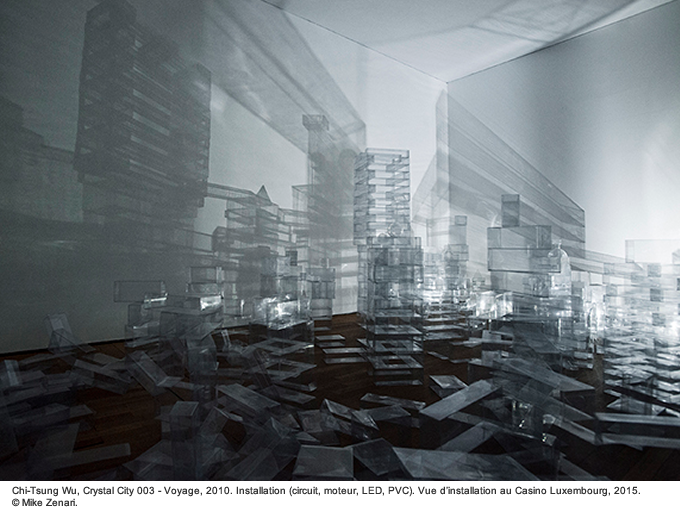 The exhibition Phantom of Civilization presents the work of three artists from Taiwan: Fujui Wang, Chi-Tsung Wu, Goang-Ming Yuan. Using different media such as installations, sound and video, they create landscapes that reflect different aspects of contemporary civilization – a civilization caught between tradition and technology, between ostensible beauty and hidden threats, between solitary contemplation and the hustle and bustle of big city life, between 0 and 1.

Fujui Wang (born 1969) uses sound to explore the world in which we live. Drawing on his experiments with noise, he samples environmental sounds – often sounds that are inaudible to the human ear – which he then materializes through his work. Capturing the electromagnetic field that surrounds us, his installation at Casino Luxembourg invites visitors to experience the density and vastness of the “charged” environment in which their daily lives unfold.

Chi-Tsung Wu (born 1981) creates installations that immerse visitors in dream-like landscapes and meditative environments steeped in Chinese culture and pictorial tradition, while simultaneously confronting them with panoramic views of cities in constant evolution. While his work alludes to his origins and cultural (and spiritual) heritage, it never disregards the reality of the contemporary world in which he lives. Wu’s gaze moves back and forth between the permanence of traditional Chinese landscapes (he studied Shan shui, a particular form of Chinese landscape painting) and the transience of constantly changing cities. Oscillating between tradition and technology, his works reflect the ambiguous nature of his own personality and of society as a whole. 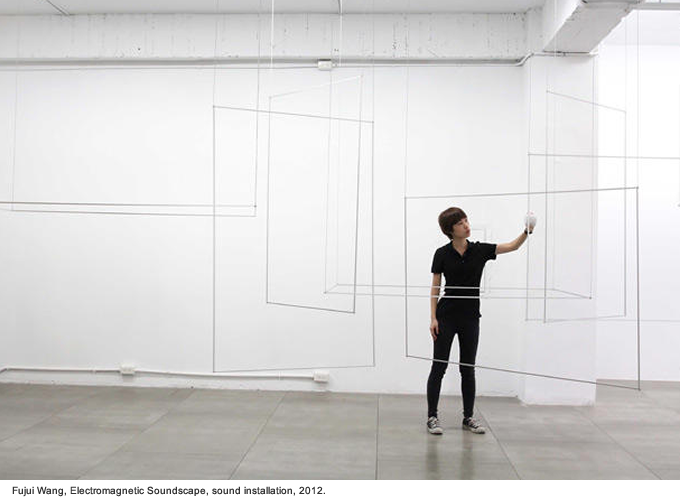 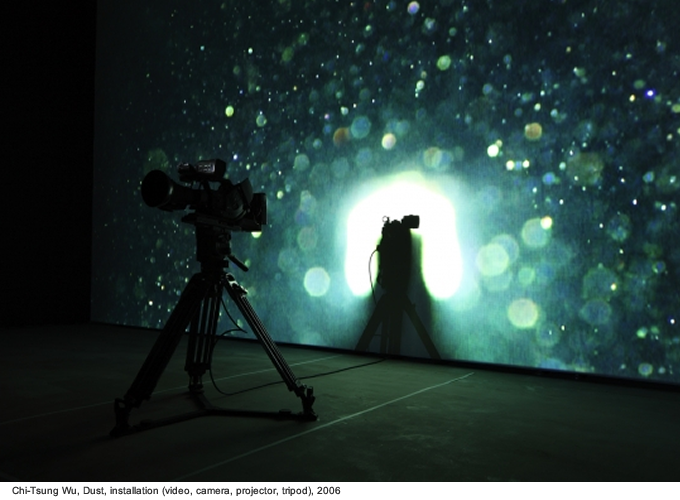 Goang-Ming Yuan (born 1965) creates visually immersive video installations in which the reality of the images is counterbalanced by untypical camera movements that imbue his films with a fantastical, dreamlike atmosphere. The tension in his films results from a seeming coexistence of two antagonistic worlds, as they explore interior and exterior spaces that allude to the state of society, but also to the fate of individuals moved by intimate and deep emotions. In Yuan’s films, everything can change from one moment to the next, as calm turns into chaos.