Peter Greenaway and Saskia Boddeke. The Golden Age of the Russian Avant-Garde 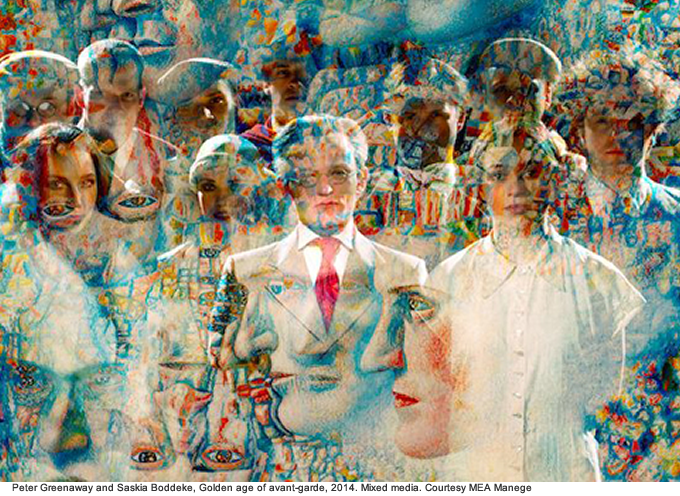 According to Peter Greenaway, “what we do is in tune with our times, and of course, this approach is not in any way to detract from the merits of the works kept in the museum. But we do not leave them to gather dust there, we take them with us to the present and to the future.”

The Golden Age of the Russian Avant-Garde has been a large-scale exhibition project specially created by Peter Greenaway (Britain) and Saskia Boddeke (Netherlands) for the large exhibition hall of the Moscow exhibition complex Manege. The exhibition had its world premiere in Moscow in April and has become one of the key projects of the bilateral UK-Russia Year of Culture. It allowed a broad public to acquaint itself with the most important media art works of the 20th-century Russian avant-garde. 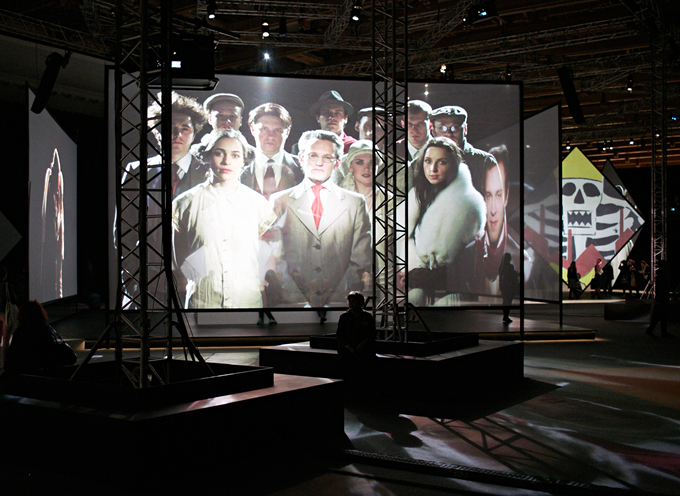 The unique exhibition presented in 5,000 square meters of floor space. It included polyscreen installations made with the aid of the most advanced projection, light and sound equipment. This new approach to the history of art created a new visuality and new ways of knowing the world through images. The use of polyscreen as an artistic device allowed new aspects of paintings or sculptures to be shown, while the synchronized images, bound together by a single idea, created a new architectonics, lending the museum exposition a further dimension.

Innovative multimedia technologies, including the combination of cinema and painting, animation and 3D, not only facilitated digital reproductions of the most brilliant works of the Russian avant-garde, but also immersed the viewer in the context of the epoch, creating the effect of an altered reality and revealing new meanings.

Parallel to the exhibition, Manege and MediaArtLab launched an interdisciplinary project in April that included exhibitions, performances and discussions by leading experts on the Russian avant-garde. The program “Projections of the Avant-Garde” consisted of a range of diverse events, including mini-conferences, lectures, discussions, musical and theatrical performances, movie screenings and excursions. Scholars and critics elaborated on how the ideas of the Russian avant-garde transformed the arts and opened up alternative possibilities for the creation and transmission of ideas. 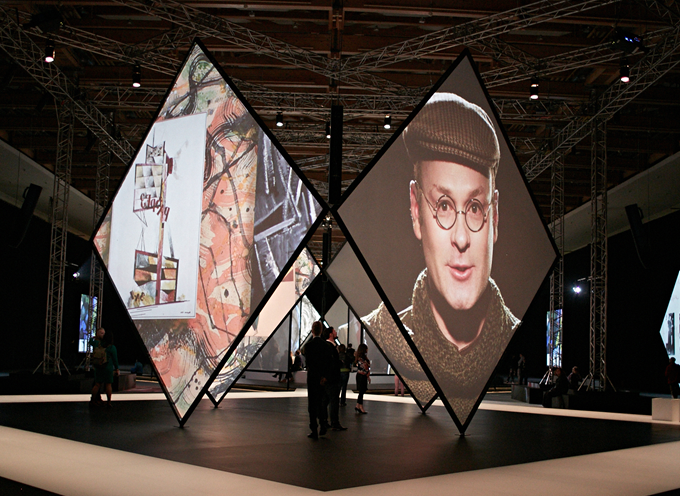 A century after the creation of the Black Suprematist Square, a landmark work for a number of avant-garde streams, the debate continues: What role does the legacy of the Russian avant-garde play in contemporary culture? “Projections of the Avant-Garde” presented a detailed story of the art of the early 20th century and demonstrate, from different points of view, the significance of the Russian avant-garde for today’s culture.