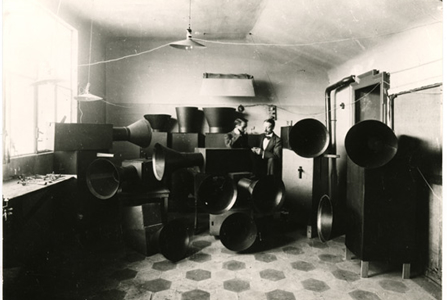 Performa, the internationally acclaimed biennial of new visual art performance, presents Music For 16 Futurist Noise Intoners, an evening-length concert of original scores and newly commissioned compositions for the intonarumori, or “noise-intoners”. As part of its celebration of the 100th anniversary of Italian Futurism, the Performa 09 biennial, in collaboration with the Experimental Media and Performing Arts Center (EMPAC) and SFMOMA, has invited Luciano Chessa to direct a reconstruction project to produce accurate replicas the legendary instruments (8 noise families of 1-3 instruments each, in various registers) that Russolo built in Milan in the summer of 1913

Music For 16 Futurist Noise Intoners will be an extraordinary historic evening in itself; all sixteen instruments that Luigi Russolo built and performed with fellow Futurists only once at the home of F.T. Marinetti in 1913, will be together on stage for an evening-length concert of original scores and compositions by the most significant and adventurous of contemporary experimental composers. As the first instruments capable of creating and manipulating sound through entirely mechanical processes, the intonarumori can be considered as the original analog synthesizer, and the ancestors to the most up-to-date electronic instruments used today.

Music for 16 Futurist Noise Intoners is commissioned by Performa with SFMoMA and the Experimental Media and Performing Arts Center (EMPAC). Curated with Luciano Chessa with Esa Nickle (Performa). 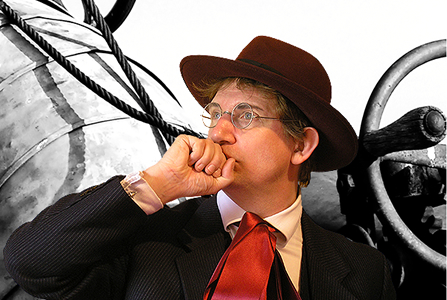 A FANTASTIC WORLD SUPERIMPOSED ON REALITY:
A SELECT HISTORY OF EXPERIMENTAL MUSIC, CURATED BY MIKE KELLEY

A mini-festival of noise and avant-garde music curated by internationally acclaimed visual artist Mike Kelley, A Fantastic World traces the development of experimental music from the Futurists to Fluxus, from the New York No Wave scene to the industrial sounds of Europe, the groundbreaking Los Angeles Free Music Society, and beyond.

Curator Mike Kelley was born in Detroit in 1954 and brought up amidst the city’s well-known music scene, which spawned bands such as Iggy and the Stooges and MC5. A Fantastic World explores Kelley’s longtime interest in experimental avant-garde music playing with bands such as Destroy All Monsters and Extended Organ. A Fantastic World is presented by Performa. Curated by Mike Kelley and Performa Curator Mark Beasley.

Performa 09, the third edition of the internationally acclaimed biennial of new visual art performance presented by Performa, a non-profit multidisciplinary arts organization established by RoseLee Goldberg in 2004, will be held in New York City from November 1–22, 2009. The three-week festival will showcase new work by more than 80 of the most exciting artists working today, in an innovative program breaking down the boundaries between visual art, music, dance, poetry, fashion, architecture, graphic design, and the culinary arts. Presented in collaboration with a consortium of more than 60 arts institutions and 25 curators, as well as a network of public spaces and private venues across the city, Performa 09 will ignite New York City with energy and ideas, acting as a vital “think tank” linking minds across the five boroughs and bringing audiences together for brilliant new performances in all disciplines.