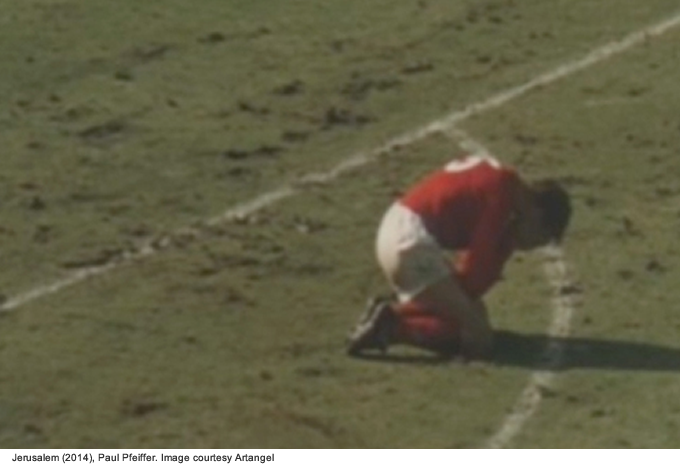 American artist Paul Pfeiffer‘s radical reworking of footage from the 1966 FIFA World Cup™ final brings a whole new meaning to the famous phrase uttered by TV commentator Ken Wolstenholme at the end of the match: “They think it’s all over, it is now.”

Timed to coincide with the 2014 World Cup in Brazil, Jerusalem revisits the most famous occasion in the sporting history of England, broadcast live by the BBC to one of the largest ever live audiences: an estimated 400 million people.

As it was for viewers watching at home in 1966, the pitch is a black and white screen. But in this new work, it has morphed into a digital field of play. As the camera scans across the stadium, figures appear and disappear, fuse into each other and fade away like phantoms from another time. Working with machine vision expert Dr Brian Fulkerson, Pfeiffer has created a painterly study of emptiness and togetherness.

The sound of a cheering, chanting crowd is haunted by voices from 1966; Prime Minister Harold Wilson; the President of the Royal Academy and the President of the United States; Alec Weeks, the BBC professional responsible for the live broadcast; and artist John Cage. Pfeiffer’s elegiac work is a reflection on mythology and memory, and on the distance between a live present and a remembered past.

Here you can experience the full work: http://jerusalem.artangel.org.uk/

This work is an online experiment and in such contains various components which mean the work is best experienced on computers with relatively fast processing power. Additionally, parts of this work are only available via the latest web browser technologies, so a full and complete viewing is limited to the latest versions of Chrome, Safari, Firefox and Internet Explorer.

On older versions or other types of browsers, some specific audio effects used in the work will not be available. A limited preview version of the work is available via mobile devices such as telephones or tablets. Commissioned and produced by Artangel (http://www.artangel.org.uk/) and The Space (http://www.thespace.org/), supported by Arts Council England, The Company of Angels, and The Heritage Lottery Fund

Paul Pfeiffer is an artist working in the field of video, photography, installation art and sculpture since the late nineties. Pfeiffer probes the way technologies at once shape and alter our daily visual experience. Digitally manipulating or erasing elements from iconic images, many of them taken from sports events or Hollywood films, Pfeiffer adopts today’s frenetic visual language in order to explore our relationship to cultural spectacle. 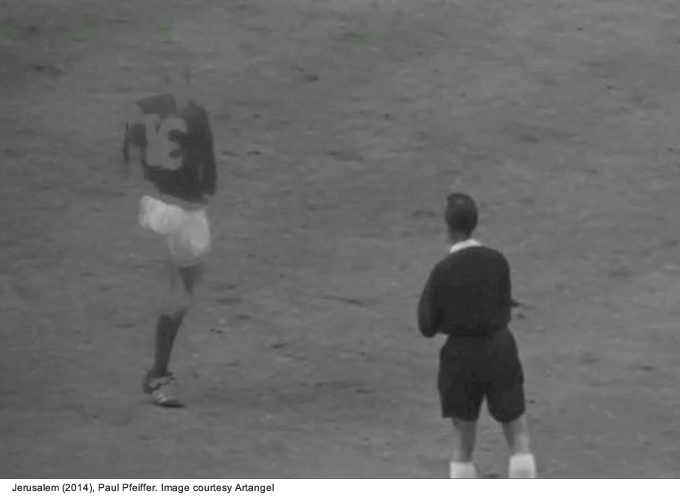 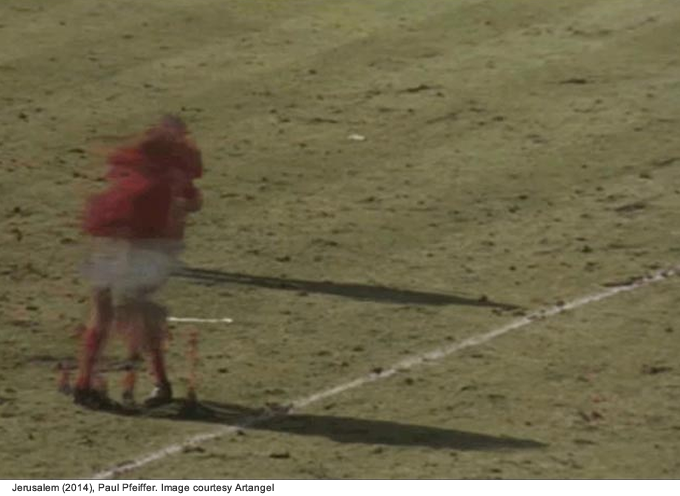 Paul Pfeiffer was born in Honolulu, Hawaii. He has had solo exhibitions at the Whitney Museum of American Art (2001), MIT’s List Visual Arts Center and the Museum of Contemporary Art Chicago (2003), the National Gallery of Victoria, Melbourne (2005), MUSAC León, Spain (2008) and Hamburger Bahnhof, Berlin (2009) as well as a career retrospective at Sammlung Goetz in Munich, Germany (2011). He is currently working on projects for the Museum of Contemporary Art and Design, Manila (2014) and Museo Madre, Naples (2015).