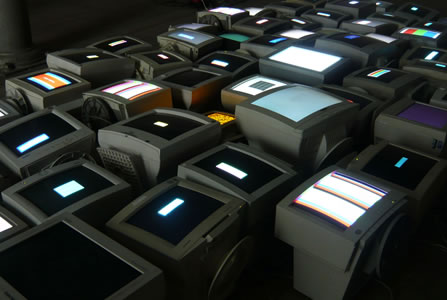 With the title UTOPIA, this year’s festival is following up last year’s topic of UN_SPACE. Starting with the already explored ‘non-spaces’, this year will take a prognostic glimpse at the future. Fantastic, longing, and gloomy visions are the tenor of the exhibition, the symposium and of the supporting programme.

September 11th through October 19th visitors of the MAK-Gegenwartskunstdepot Gefechtsturm Arenbergpark will be able to explore more than 30 different national and international positions of digital art and cultures as well as adjacent artistic strategies dealing with UTOPIA, the topic of the exhibition. The term utopia denotes, according to Thomas Morus, a concept or a vision of a possible positive future in connection with the technologies which are available in each case.

Each utopia can also be seen as the expression of a dearth, a crisis of society at the time of its origin. The exhibition shows utopian visions of the future but also presents their flip side  dystopian, negative future scenarios. One subject area, for example, deals with the idea of the paradise garden along with possible concepts of evolution, the future of human beings. A rather realistic, gloomy view of the future is presented by works dealing with the topic of 9/11 and the so far unimaginable vision of a war against terror and total surveillance which seems to become a reality. And then, the venue of the exhibition itself demonstrates the strong link of the utopia to the present and its possible changing into a dystopia. 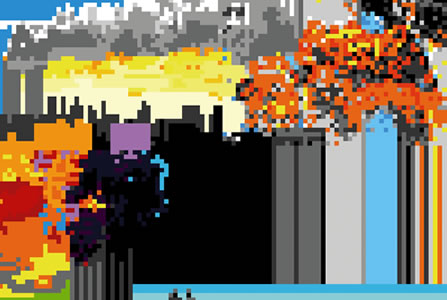 The symposium ‘Ambience. Life & Its Spaces’ will take place on September 12th and 13th as a theoretical expansion of the topic of the festival, namely UTOPIA. The lectures will examine miscellaneous forms and possibilities of living environments, from the lived-in world to the milieu, the systematically defined space and cybernetics.