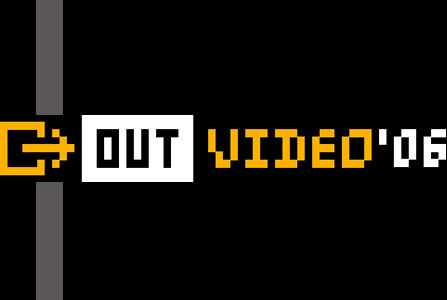 Top artistic and high-tech communities come together to celebrate the next dimension in creativity and innovation with world premieres, concerts, exhibitions, happenings, and conferences

May 2006: The Festival of the Fourth Dimension, the first global festival of the Art, Science and Technology will take place in Sophia Antipolis CÃ´te d’Azur, 06-10 June 2006. The five-day festival will gather artist, philosopher, scientist, and high-tech communities from around the world to celebrate, perform, exhibit, discover, explore, and create art that has been influenced by technology and technology that is being shaped by art.

” At the center of the manifestations, be they cultural or scientific, performances or exhibits, live or remote, interactive or passive, will be the creativity, inspiration, and innovation of the individual artist, researcher, philosopher, scientist,” commented Derrick de Kerckhove, Artistic Director of the Festival.

” We have chosen Sophia Antipolis CÃ´te d’Azur for this festival because of the immense reservoir of creativity resident in the region, be it on the artistic, research, high-tech or philosophical side,” added de Kerckhove, who is also holder of the prestigious Papamarkou Chair in Technology and Education at the Library of Congress, Director of the McLuhan Program in Culture and Technology of the University of Torongo and author of several books including “The Skin of Culture”, “The Architecture of Intelligence”, etc.

“We are extremely proud to have been chosen to host the first Global Festival of the Arts, Science and Technology,” said Christian Estrosi, Minister of Regional Development for the Government of France and President of the Cote d’Azur 06 Alpes Maritimes Region. “The festival will start on 06.06.06. – a once in a century date for our French 06 department. It is a most fitting recognition of our past, present and future.”

Several World Premieres including the “Symphonie des Machines” in collaboration with Telecom Valley, the CIRM (Centre National de Recherches Musicales) and the companies and organizations of Sophia Antipolis, as well as a scientific exploration of the Fourth Dimension at the University of Nice-Sophia Antipolis will highlight the festival. Dr. Lisa Randall, the most cited theoretical physicist in the world will keynote the conference series of the festival.

The festival programme will also include works by such pioneers as Yannis Xenakis and James Turrell — artists who forged the way for the world of electronic arts.

created by visual artists. Also featured will be a cinematic exploration of “Sound and Light” made possible by the Mission Cinema of the Espace Magnan and LightCone, a multi-media presentation of the Scents of the World, and interactive events, such as the “WiFi Art-In,”, the “Ring-Tone Concerto” and “the Global Village Square Tele-Presence Screens” for the global public participating either in person, via television, 3G or the Internet.

A special broadband network will link all the events to each other as well as to the Internet, the mobile network and satellite television throughout the world. It is being installed throughout the entire park of Sophia Antipolis and the campus of the University of Nice-Sophia Antipolis and will remain for use by electronic composers, artists, cineastes, and others for the creation of future artistic works and for business innovation. The event will also be linked with videos to Google Earth and the 3G mobile network to insure a full multi-media presentation of the festival around the globe