Out of the silent planet 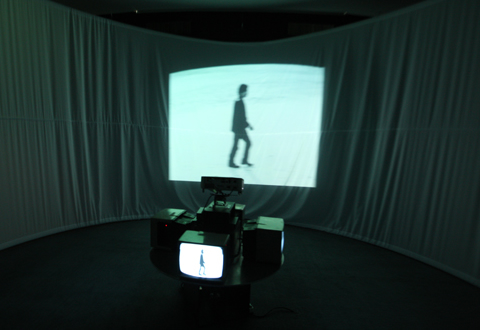 NATIONAL MUSEUM OF CONTEMPORARY ART KOREA - SEOUL
UNTIL 29 MAY 2011

Out of the Silent Planet is a special exhibition that brings together representative media artworks from the NMCA’s collection. Since the 1960s, contemporary art has moved away from traditional mediums such as painting, sculpture and continued its evolution around technology-driven new mediums. Variety of mediums in contemporary art spans from film, video, TV, and photography to the more recently developed, computer-based Internet art.

Artworks of new media have three characteristics that distinguish them from traditional medium-based works: light, sound, and a particular relationship with time. The audiovisual works in this exhibition emit light from monitors and projectors that are part of the works themselves. The introduction of speakers and amplifiers to the artworks allows viewers not only to see but also to hear the works. Lastly, media artworks set the beginning and end of the viewing time. If painting and sculpture do not impose temporal restriction to the viewing time, film and video works demand viewers to take time to watch them.

This exhibition gathers artworks that manifest these three characteristics and presents them in a new exhibition space that corresponds to the particularities of the works. The black box (as opposed to the white cube) provides an ideal environment for uninterrupted and effective viewing of the audiovisual, sound and light works. As the entire length of the viewing time amounts to more than an hour, the viewers are invited to the rest area-the archive space located at the center of the gallery. The archive brings together comprehensive information about the artists, encouraging the viewers to learn more about the artists as well as the artworks on display. 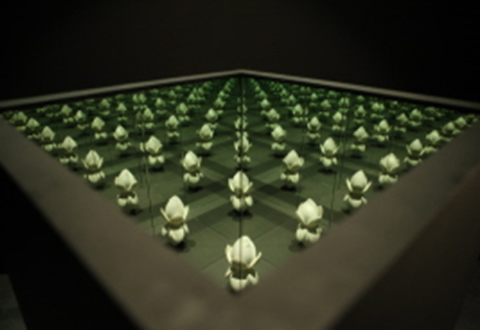 Sooyoun Lee, curator of the exhibition, notes in the curatorial note that “In response to technological and cultural shifts, art continuously evolves. In order to better appreciate contemporary media artworks that exist “out of the silent planet” that we call art, both the form and the content of media art exhibitions need to be transformed at the same time.”.

Media artists Park Sunmin & Choi Seonghun designed the archive space project especially for this exhibition. The space has eight custom desks and book shelves with lights designed by Bauhaus. Each represents an artist in the exhibition. The audience will gain information on the artists’ other artworks as well as presented one through the online and offline materials. Supported by Samsung. Galaxy Tap, users can see the featured digitalized images of the exhibition and other artworks.

The exhibition will take place in the second round exhibit hall of the Museum of Contemporary Art, Korea and an explanatory session is held daily at three in the afternoon with an additional session at five during the weekends.