Our Product: Pamela Rosenkranz for the Swiss Pavilion 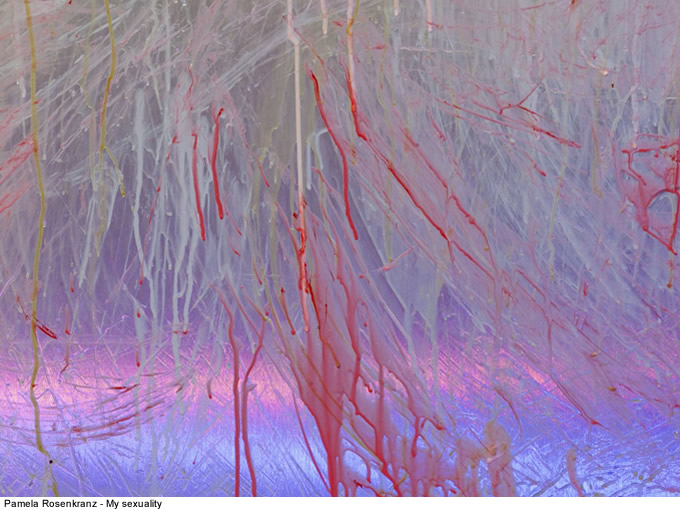 “Elemone is a molecule. It emulates the odor of a new beginning, springing into large rings. Feel its molecular vibration, its atoms behaving like bells.” – Anonymous

Carneam, Evoin, Gleen, Magmelia, Neoten, Rilin, Solood, and Visorb are like Aspirin, Acrylic, Methylene, Spandex, Silicone, and Titanium, both literally and metaphorically, the stuff that Pamela Rosenkranz’s work is made of. While we are not familiar with most of these materials, their omnipresence manifestly changes the physical as well as the psychic constitution of human beings. Yet it isn’t obvious how it does so. In her work for the Swiss Pavilion, Rosenkranz reflects on the human subject being something like a fluid, a serial association generated from synthetic materials. She confronts us with the implications of an engineered nature.

Rosenkranz’s exhibition transmutes the Pavilion of Switzerland into a body of a local skin color, which is fluid, smells, shines, sounds and moves. A pigment that originally emerged as the specific product of migration, sun-exposure, nutrition, and any number of other contingent factors is resynthesized as a stock formula, composed of unknown ingredients. 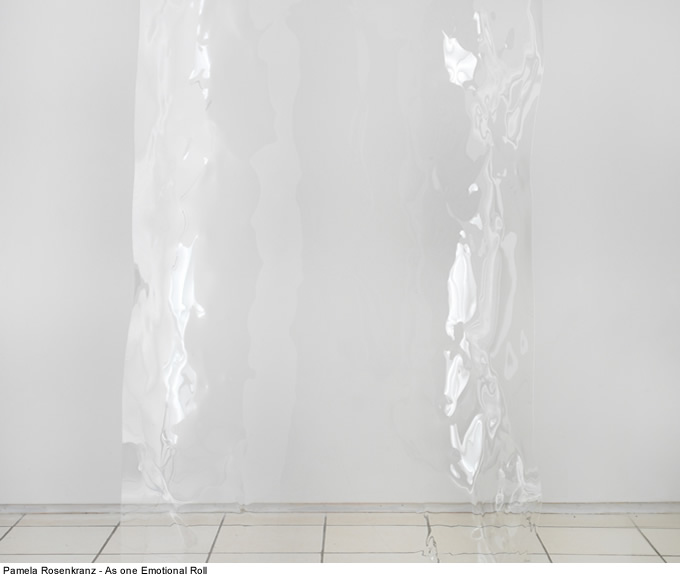 Pamela Rosenkranz was born in Uri, Switzerland in 1979. She received her MFA from the Academy of Fine Arts, Bern, in 2010, and completed an independent residency at the Rijksakademie in Amsterdam in 2012. Solo exhibitions of Rosenkranz’s work include My Sexuality (Karma International, Zurich, Switzerland, 2014), Feeding, Fleeing, Fighting, Reproduction (Kunsthalle Basel, Switzerland, 2012),Because They Try to Bore Holes (Miguel Abreu Gallery, New York, 2012), No Core (Centre d’Art Contemporain, Geneva, Switzerland, 2012), Untouched by Man (Kunstverein Braunschweig, Germany, 2010), and Our Sun (Swiss Institute, Venice, Italy, 2009).

Susanne Pfeffer is an art historian and curator. Since June 2013, she has been the director of the Fridericianum in Kassel, where she curated the exhibitions Speculations on Anonymous Materials,nature after nature and Paul Sharits. A Retrospective, among others. Previously, Pfeffer was the chief curator of KW Institute for Contemporary Art in Berlin (2007–12) and acted as curator and advisor for MoMA PS1 in New York. Susanne Pfeffer has edited numerous artist monographs and exhibition catalogues.