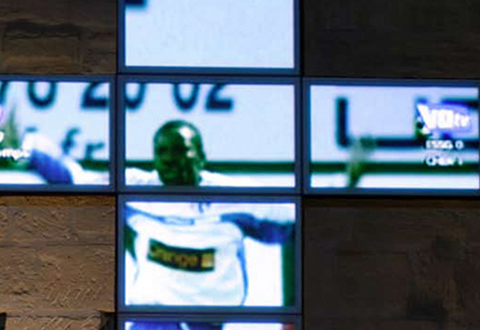 Prometeogallery di Ida Pisani will be opening the exhibition ORLAN AAKA ORLAN, curated by Eugenio Viola, on Thursday 18 November in its Milan premises in via Ventura, and on Saturday 20 November in the church of San Matteo in Lucca. ORLAN’s work simultaneously brings into play matters concerning identity, taboos about opening up the body, the shattered myths of a dispersed femininity, the public and private spheres, and the limitations of art, language, and life.

Real body and imaginary body, the body of emotion and experience, the mystical body and the social body, the diffuse body and the hybridised all blend together in a play of cross-references and self-quotations. Here, the present tense of the artist’s work confers new topicality on its own past, always incorporating it and reintegrating it as an element that can be infinitely modulated and rearranged. One expression of this approach is The Harlequin’s Coat, ORLAN’s latest performance operation, which marks a shift from the use of surgery to that of biotechnologies as a new medium to be explored.

Making its world premiere in the gallery’s Milan premises, we see a series of photos of a work that started in 2007 in collaboration with the Australian collective SymbioticA, and that is still in progress. Into a culture dish the artist has placed some cells of her own skin hybridised with those of people of different ethnic origins, in order to obtain dermal shreds of different colours. Together, these are used to create an organic, sentient “harlequin’s coat”, as a metaphor of the melting pot of contemporary society. This pays tribute to the ideas expressed by Michel Serres in Laïcité, his preface to Le tiers instruit, a book on which ORLAN had already based her fifth surgical-performance operation, Opération-opéra, introducing this project as the terminus ante quem.

In the church of San Matteo, ORLAN—which is itself a pseudonym that has fused perfectly into her own person—faces Saint ORLAN, her provocative alter ego, which recalls Bernini’s Ecstasy of Saint Theresa, a paradigmatic work of post-Tridentine Baroque Rome. She emphasises its combination of spiritual tension, emotional power and sensuality, embarking on a long artistic-existential journey to reinterpret religious iconography in the West. 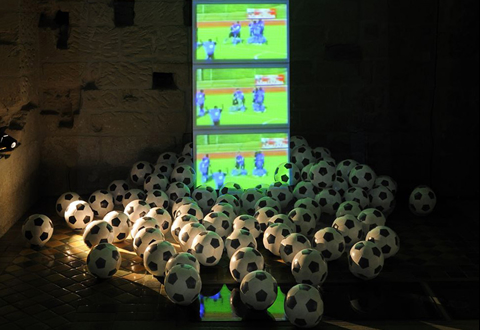 This irreverent, blasphemous and iconoclastic return to the subtly subversive power that was always latent in the Baroque poetic vision is amplified in the subsequent Réincarnation de Sainte ORLAN, in which the artist de-functionalises plastic surgery by taking it outside the realm of medical legitimacy as a means of transformation, applied by and to Self, but especially as a means for creating her works. In the end, the provocation of the flesh and the overturning of the body give way to yet another of ORLAN’s alter egos: that of AAKA, the extreme expression of an identitary nomadism constantly poised between the real and virtual worlds. This is symptomatic of the multi-dimensional and multimedia evolution that for many years has been so much a part of ORLAN’s research.

A number of retrospectives have been devoted to ORLAN and there have been many solo and group exhibitions featuring her work in Europe, America, and Asia. She has taken part in a number of contemporary art biennials: Paris, Lyon, Venice, Istanbul, Sydney, Poznan and Busan. Her works are to be found in many public and private collections in Europe, in the United States and in Asia.

Eugenio Viola curated Le Récit, a vast retrospective of ORLAN’s work at the Musée d’Art Moderne de Saint-Etienne Métropole, France, in 2007, and edited the monograph of the same name (Le Récit, Edizioni Charta) and ORLAN: Post-Identity Strategies at the Kunsthalle in Tallinn, Estonia, in 2008.