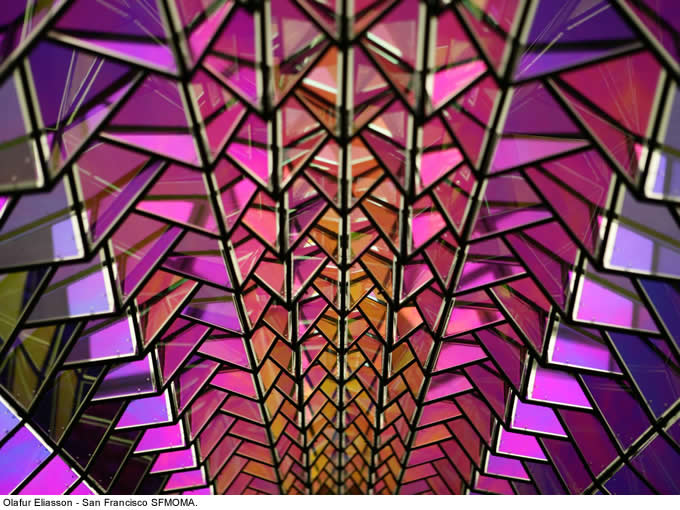 Encompassing some 40 works by Olafur Eliasson, the Boros Collection in Berlin has one of the most comprehensive collections of works by the Danish-Icelandic artist in the world. The Langen Foundation presents a selection of these installations, photographs, and objects, which are arranged in a dialogue with the architecture of Tadao Ando.

Curated by Christiane Maria Schneider and Christian Boros, the exhibition offers insights into the work of Eliasson from the perspective of the collector. Spanning the period from 1994 to 2015, it also provides a representative overview of the artist’s oeuvre from the beginning of his practice to the present day.

Olafur Eliasson is known for his diverse and often experimental installations. Using reflective materials, colored glass, and artificially generated natural phenomena such as wind, water, light, and fog, he enthralls his viewers, actively drawing them into works that recall experiments. 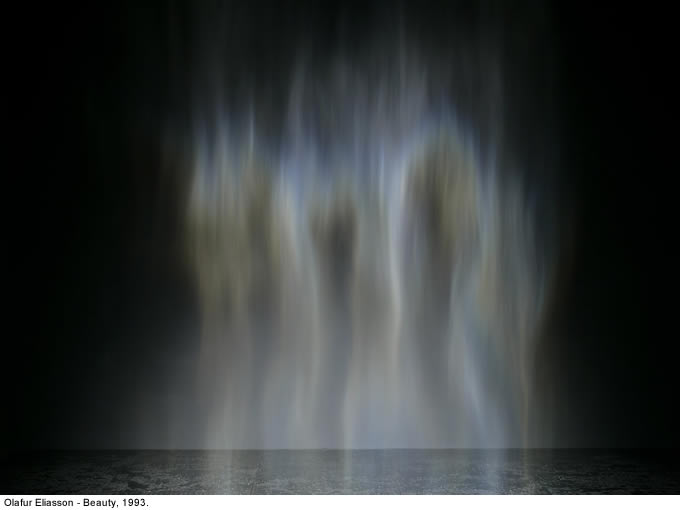 At the very beginning of his artistic career Eliasson explained in an interview that he conducted with himself: “I like to believe that the core element of my work lies in the experience of it.” He has remained true to this original idea. Whether in the form of his Guckkasten (1994) dating from his time as a student, his photographs of Icelandic glaciers (The glacier series, 1999), or his large-format Colour Experiments (from 2010), Eliasson repeatedly challenges modes of perception and involves the viewer.

Since the presentation of his large-scale installation The weather project in the Turbine Hall of the London Tate Modern (2003), Olafur Eliasson has been considered a master of staging immersive viewing experiences. His works are often made from the simplest materials and constructions, having an astounding effect. The exhibition in the Langen Foundation shows the work of Eliasson from multiple perspectives and reveals its fundamental principles, demonstrating both the simplicity and precision characteristic of his working process – qualities that were already manifested in early works and that continue to underlie his approach.

Through the interplay with the minimalistic architecture of Tadao Ando – which also represents a unique synthesis of art and nature – results an exciting dialogue between the architecture and the exhibited works. The corridors running along outer limits of the building were consciously integrated into the route through the exhibition. In these corridors only a glass sheath separates the museum interior from the surrounding landscape. Several of the works on view here address this interplay between the interior and the exterior. 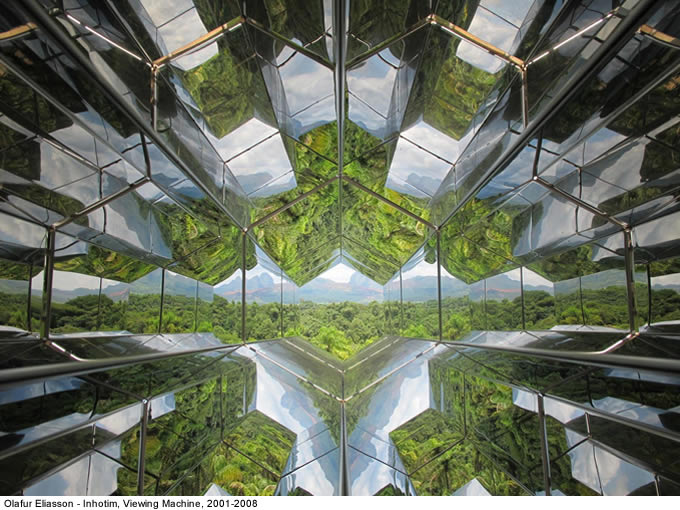 The comprehensive selection of works by Olafur Eliasson in the Boros Collection has grown over the years due to the continuous interest in and engagement with the artist on the part of Christian and Karen Boros. The Langen Foundation, which emerged from the collection of Viktor and Marianne Langen, is pleased to present this individual look at the artistic work of Eliasson. Ranging from early works to new acquisitions that have never previously been shown, over 35 individual works from the Boros Collection will be on view at the Langen Foundation.