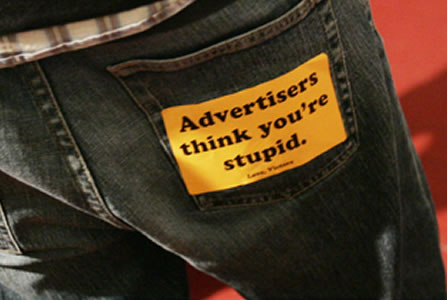 OFFF is a cutting-edge festival exploring the latest in digital aesthetics and software language. OFFF festival brings together the artists that are breaking ground and shaping new standards in media and design, becoming the essential meeting point for the international scene of digital creation. OFFF is the only event of this kind.

But OFFF is more than an event about any of these disciplines. More than a design conference, a multimedia trade fair, or a digital animation festival. OFFF is an enthusiastic celebration of a new visual culture.

The inaugural OFFF Festival New York will not strictly be a visual festival, but complementing this explosion of digital art will be an array of musical artists such as Takagi Masakatsu and Frank Bretschneider performing and divulging their innovative tricks of the trade. Such new tricks will include the new ‘reactable’ electronic instrument, recently debuted by Björk. From November 2nd to 4th the BMCC Tribeca Performing Arts Center will be home for 3 days for some of the world’s most radical, absorbing, fearless digital artists and creationists .

Leading the musical OFFF side of performances will be Takagi Masakatsu noted for his globe trotting to collect and discover audio wild tracks and visual footage for sequencing. His music has no aesthetic borders. A classically-trained pianist, a multimedia documentarian, an art-gallery exhibiting jet-setter, Takagi Masakatsu is clearly a renaissance man of our times.

Frank Bretschneider describes his music not as minimalistic but more as “simply economic” springing from his childhood in East Germany. His raw materials are sine waves and white noise, resulting in a sound which is clearly digital and synthetic, although not without warmth with the result being a precise connection of sound and image.   The creators of the new electronic instrument reactable will be presenting this innovative piece of design in a literally hands on display. The device allows several simultaneous performers to share complete control over the instrument by moving and rotating physical objects on a luminous round table surface. Björk introduced the reactable for the first time to a mainstream audience recently and will form a key element of her current world tour ” Volta”.

Explaining and exploring his dark, glitchy and edgy creations at OFFF will be Chris James Hewitt from Dstrukt. Chris, self taught in motion design, photographer and director will be presenting alongside Rob Chiu, who have co-founded the experimental arts and film collective Devoid of Yesterday and blowing our own horn, created the main titles for the OFFF Festival.   Derivat  from Spain will be showcasing their unique art form of avoiding structures and creating spaces of interchange and experimentation where distinct modes and visions converge like flamenco, butoh, classic and contemporary.

I.B.  brings to OFFF their dark and melodic style set somewhere between the deepest deep progressive and tech-house music. In their live set they compile their special repertory for the dance-floor, with the support of modern computer technologies. This pair of music producers allows themselves to play with improvisation and shoot loops and fx on real time, proving to us that the music digitalization represents a giant step in art exploration. If the hunger for top class digital artistry still hasn’t been satisfied, these top line acts will be joined by a raft of other professionals in their field of cutting-edge contemporary visual culture. Over 50 conferences; performances; exhibitions; screenings of animation (motion graphics, microfilms, title sequences); interactive installations; collectives and artists fair market; social/networking chill-out areas; inspiring parties; and much more.