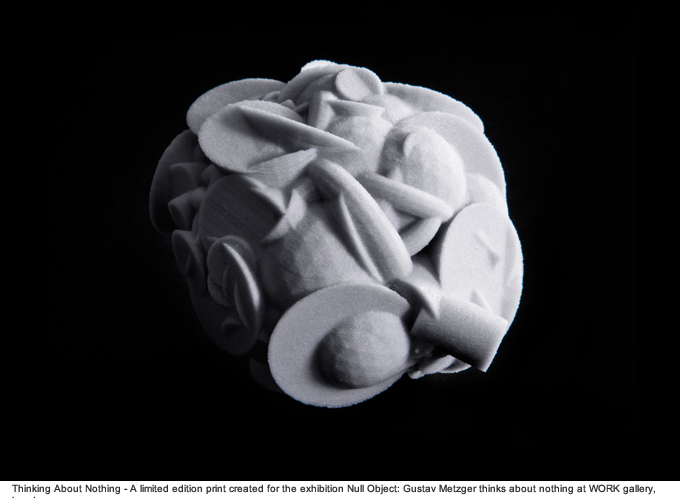 NULL OBJECT: Gustav Metzger thinks about nothing is a new artwork by London Fieldworks (Bruce Gilchrist and Jo Joelson) with the participation of the acclaimed artist Gustav Metzger.

At the centre of this new work, a computer-brain interface has been linked with industrial manufacturing technology to produce a sculptural object in Portland stone.

Using bespoke software, London Fieldworks produced 3D shape information from EEG readings of Metzger’s brainwaves as he attempted to think about nothing. This data was translated into instructions for a manufacturing robot, which carved out the shapes from the interior of a block of stone to create a void space.

As well as the sculptural representation of Gustav Metzger thinking about nothing, exhibits will include a film of the carving of the stone as well as other documentation of the development and delivery of the work.

A timely addition and challenge to the present climate of technological evolution and increasing cybernetic augmentation, NULL OBJECT offers an alternative model for a creative, non-invasive interface between body, mind and machine. 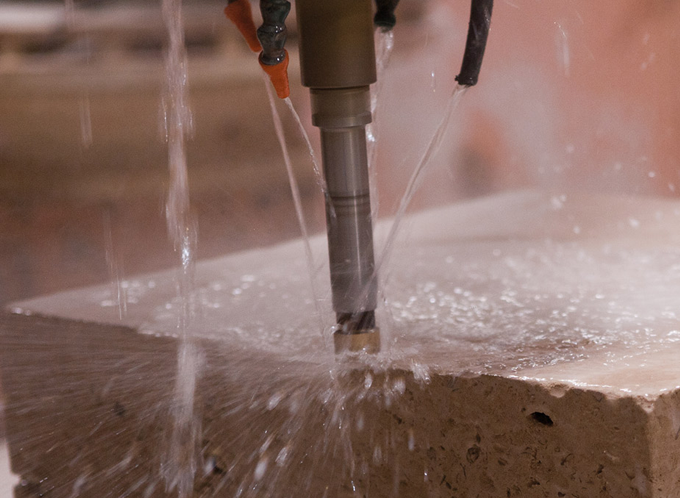 The exhibition is accompanied by a publication of the same name published by Black Dog Publishing, including an introduction by the artists, a text by Gustav Metzger and four contextualising essays by Bronac Ferran, Hari Kunzru, Nick Lambert and Christopher Tyler. These leading writers across the fields of literature, art, science and technology explore the diverse historical and conceptual grounding for and broader implications of NULL OBJECT’s production process.

WORK Gallery is also pleased to announce Thinking About Nothing, the eighth print in our limited edition print series, which has been produced to correspond with the exhibition. Gustav Metzger and London Fieldworks will discuss the project further at Central Saint Martins in Spring 2013. NULL OBJECT has been funded by Arts Council England and Computer Arts Society.