Nothing to see here…Visual Culture in the Internet Age 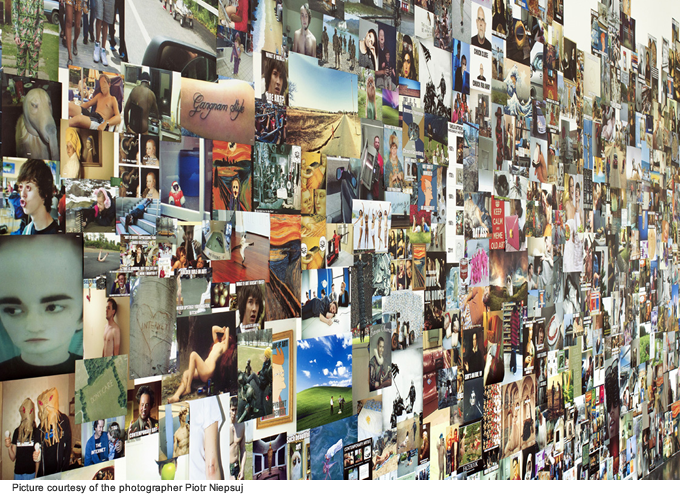 The Link Art Center is proud to announce the collaboration with the Istituto Svizzero in the organization of the exhibition project Nothing to see here…, that will take place from May 30 to July 12 at the Milan branch of the Istituto. Nothing to see here… is an exhibition in two parts and a discussion on art and visual culture in the Internet Age.

The initiative, curated by Valentina Tanni and Domenico Quaranta, is articulated as a moment of reflection on the status of images in contemporary society. The global diffusion of computers and the Internet, that supplied a vast number of users with the access to tools to produce and distribute images, has triggered a real explosion of creativity at every level. A multiform and undefined visual universe is the result – made of irregular, amateur cultural products, anonymous and collective creations, memes and viral videos – that often seem to evoke and repurpose languages and practices that are linked to the avant-gardes, both historical and recent.

Nothing to see here… wishes to offer an overview of this irregular and vital movement, that takes place outside the institutional circuits and is slowly giving shape to a new culture, that radically questions professionalism in art practice and forces us to rethink creative activity and its role in society. The question will be dealt with by presenting, in the exhibition and during the talk on 18 June, both the products of the amateur culture and those of artists who are actively confronting this new scenario. 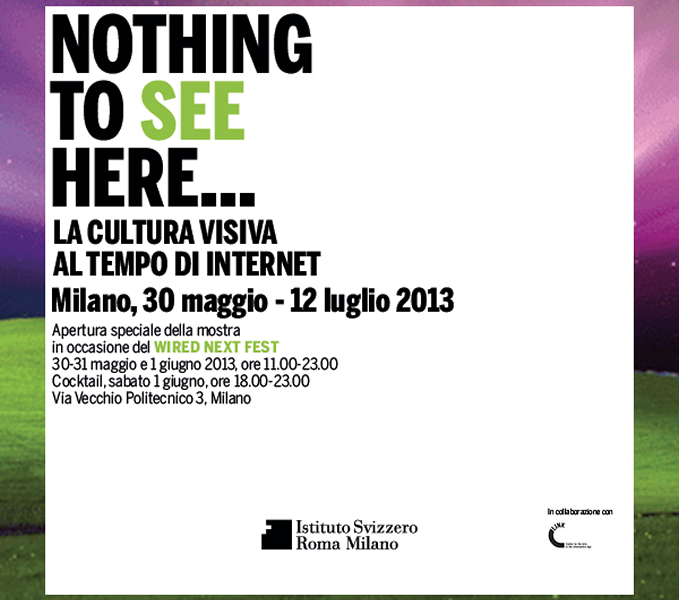 Starting from 30 May the ISR in Milan will host a large wall of images from the web (circa a thousand): the multiform and chaotic collage with the aim of transferring into the physical
space a piece of that magma of visions and creations that is expanding without stopping and reaches us every day through the screen of our computers.

The set up of the wall is curated by Canedicoda.

On this background also two selections of videos will be presented: the first part, entitled Don’t watch if you dislike, consists of amateur videos available on YouTube; Compiler 04, curated by Raffael Dörig, instead presents works by a group of young artists of international provenance that confront themselves, at aesthetic and conceptual level, with the cultures of the web.

On 18 June, at the ISR in Milan the works of Adam Cruces and Enrico Boccioletti will be presented. The work of the two artists will go alongside two compilation videos, thus completing the exhibition. The same day a talk on the themes of the project will take place. 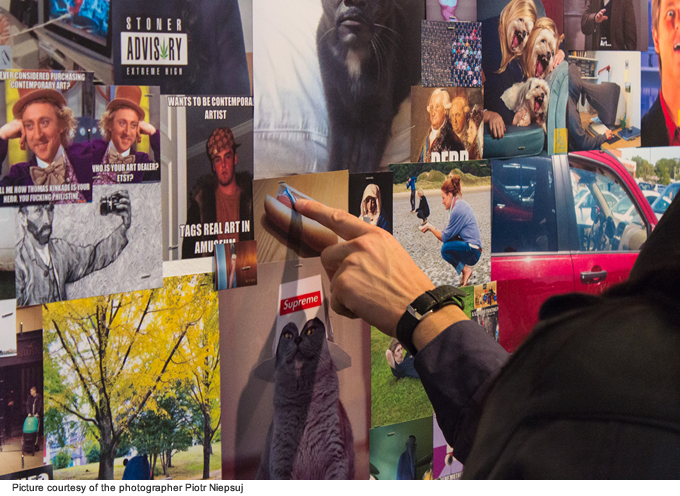 Taking part in the round table will be the curators, Valentina Tanni and Domenico Quaranta, Raffael Dörig, critic and curator based in Basel, director of the Kunsthaus Langenthal, Adam Cruces and Enrico Boccioletti. During the meeting, Compiler 04 will be presented, the compilation of artist videos present in the exhibition, published in DVD format in 2012 and distributed by Motto Distribution (Berlin).