Not just a matter of nostalgia: loving the vinyl record in the digital age

It is well known that in recent years old good vinyl records not only have not disappeared, but also became much more popular and appealing to contemporary generations, turning them into real iconic objects.

To exemplify this, suffice it to mention the success of the acclaimed 2016 TV show titled just Vinyl, created and produced by stars such as Mick Jagger and Martin Scorsese, in which the events of a New York-based independent record around 1973 are narrated. This TV show is just one among the many signs of a trajectory that accorded to the vinyl a very special place within the today digital musical landscape.

However, while the Vinyl Tv show has been strongly influenced by a nostalgic attitude toward the past of music, the resurgence of the vinyl in music practices has to do much less with the effect of nostalgia and the sense of loss of a golden age and much with the creation of a very contemporary, alternative way to experience music in the digital age. No doubt that our love for the vinyl is clearly intertwined with the past of this object.

But its present appealing is not just a matter of nostalgia, but something primarily related with new practices, rituals and imaginaries that have been created around this special object in part to counter and balance the process of dematerialization of digital music. Thus, the vinyl record is still here to encourage our desire for a different way to experience music, something alternative to what is offered, today, to us by digital musical technologies, networks and platforms. 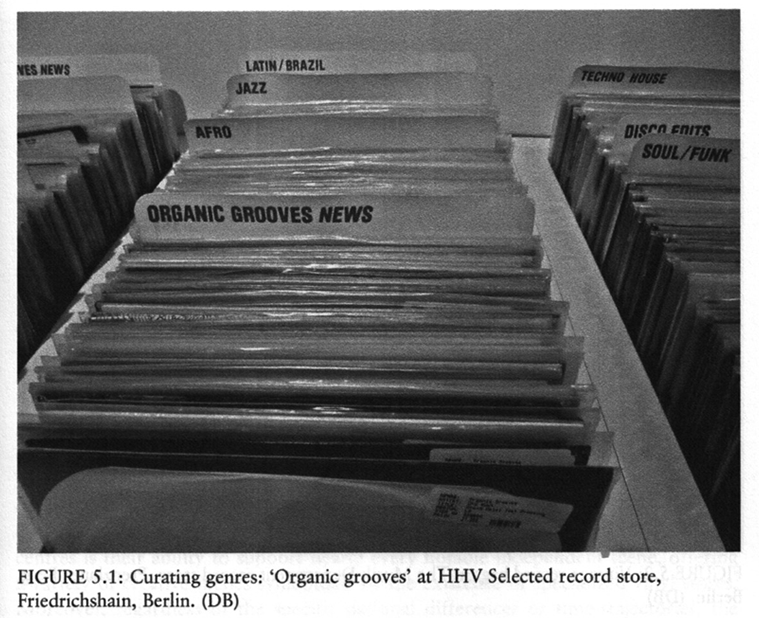 This is, in synthesis, the answer to why we do love vinyl records, offered by my two fellow sociologists of culture Dominique Bartmanski and Ian Woodward, authors of the book “Vinyl: the Analogue Record in the Digital Age” (Bloomsbury 2015).

This is a very interesting reading about vinyl records, their meanings and practices, that mixes together an academic reflection on the vinyl as object together with narrations from different artists and vinyl fans about what makes them so special in today digital world.

Looking carefully, the trajectory of vinyl records in today society reveals to us a quite weird path. On the one hand, the comeback of the vinyl record in the digital age could be see surprising and even astonishing: while our live move increasingly toward a digital infrastructure constellated of mp3 and streaming services, smartphones and cloud drives, apps and wireless devices, the attachment toward this old, expensive, cumbersome and fragile music format, could indeed look quite weird.

On the other hand, this latter contrast is actually one of the main reasons of sort of devotion toward this (usually) black and glossy circular object: more our relation with music is mediated, entangled and complicated by an almost dematerialized digital infrastructure, more we recognize the concrete materiality and embodied rituality of vinyl records as something able to produce new meanings, values and feelings in our musical listening and experience. 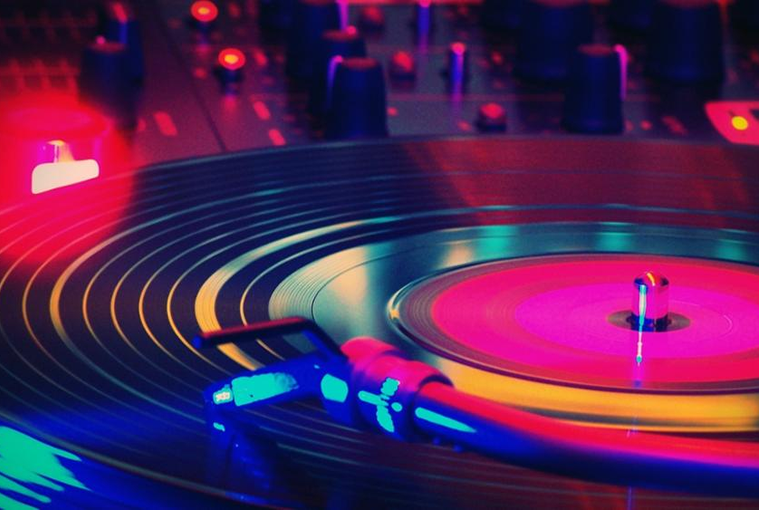 As the authors Bartmanski and Woodward write in the book, creating, owning and listening to vinyl is: “A way of retaining a possibility of irreducible physical experience. Instead of symbolizing knee-jerk conservationism, the vinyl revival shows a resistance to progress based on the idea of linear chain of replacement”.

Hence rejecting the musical model offered by digital media and by corporate technological innovation as main way to experience recorded music today. While, on the one hand, the vinyl as medium could be seen as a neutral and transparent carrier of sonic content, it is rather an active generator of musical experience, a totem that organizes in a specific and alternative way the spaces, cultures, values and rituals around music listening and production.

This interpretation of the vinyl is developed in the book mainly through a set of interviews with electronic music artists, dj, producers and tradesmen, especially belonging to the Berlin electronic music scene (such as Robert Henke aka Monolake, Nikolaus Schäfer of the Rotation Boutique store in Berlin, Wolfang Voigt of Kompakt Record), with other references coming from writings and biographies of other well known musicians like Dj Spooky, Dj Shadow and Morrisey.

In the book the vinyl world is presented with different dimensions, which make it special and unique in the landscape of music formats. A chapter is dedicated, for example, to the work of mastering, cutting the templates and pressing the copies. Here we can read about the experience of Robert Henke and Andreas Lubich from Dabplates & Mastering and Calyx Mastering in Berlin, who explain why: “The process of cutting a record isn’t’ a one-to-one translation from digital medium into another”, but is rather an artisanal and artistic process, involving taste as well as technical sensibility. 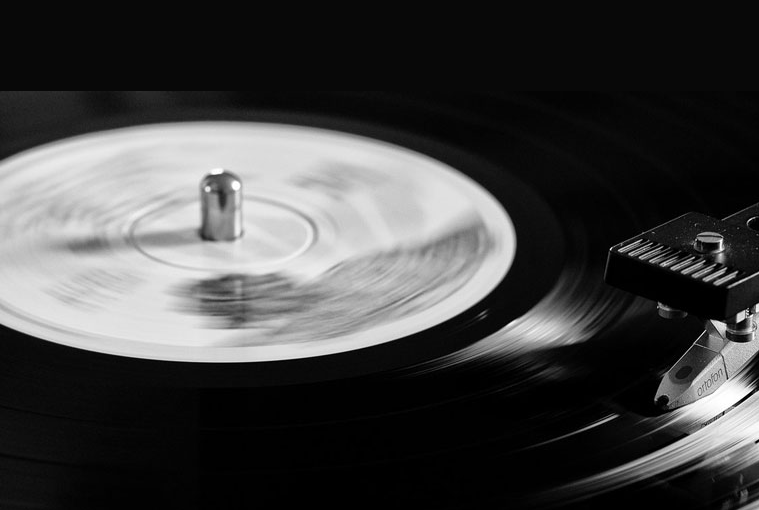 Other book’s sections are focussed on the relevance of the vinyl record as commodity, thus considering second-hand stores, music collectors and how the rarity status of vinyl records contributed to the generation of their social value. Even if focussing on the relatively small community of hard-core vinyl collectors may be reductive in order to understand the wider and much differentiated attachment toward the vinyl.

Indeed, owing and listening to vinyl records, rather than digital files, imply a rather different relationship with the music as artefact, as a material object that stores in itself not just music but also our own memories, competences and experiences. As the book authors write, the revival of the vinyl is primarily and foremost a matter of: “Rediscovery of engagement, sensuality, coolness, care, ritual, rarity and specific auditory experience”.

The major reason why the contemporary comeback of the vinyl is not just a matter of nostalgia is offered by the main thesis of the book: vinyl records are not primarily a nostalgic outcome of postmodernity because they are themselves social and cultural products of the very same digital age. The music digitalization started with the compact disc in 1982 was a major reason for the almost death of vinyl records in the early ‘90s.

More incisively, the rise of a musical digital infrastructure with mp3 files, iPods and streaming platforms represented the trigger for a sort of cultural counterforce, leading to the search of a more materially embedded and physically embodied relationship with the musical and listening experience. 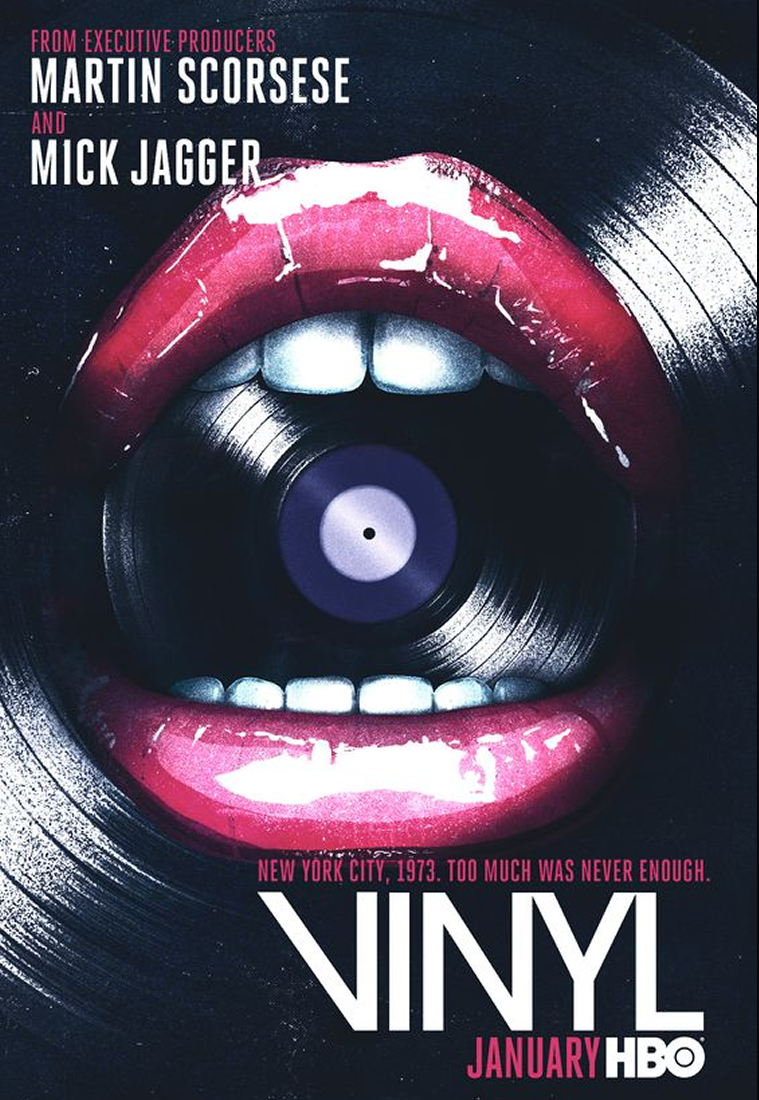 From this perspective, the process of reconfiguration of the vinyl into a contemporary icon of music authenticity could be seen as a sort of by-product or “unintended consequence” of the digital infrastructure that today rules the mainstream music industry.

Hence, as a very product of digitalized music, the renewed role of vinyl records can represent all but a symptom of a nostalgic and sentimental sight toward the past. It rather looks to the future, given that, as the authors advise us at the end of the book, it seems in fact that: “As far as music consumption is concerned, vinyl has returned to stay and the digital may have to live with its other in the backyard”.