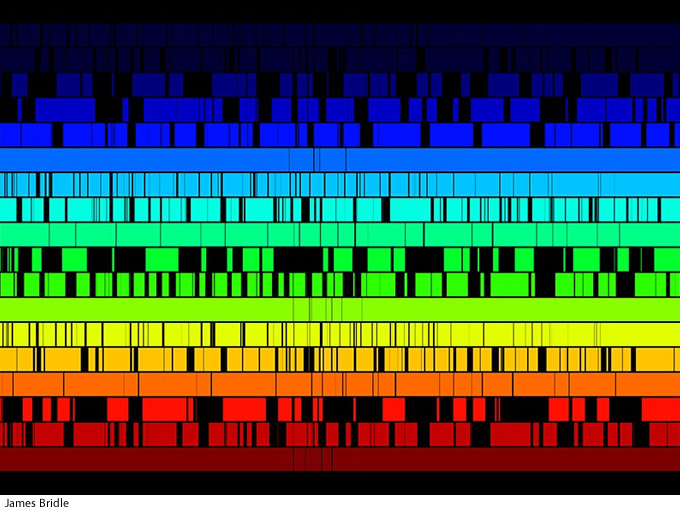 With The Glomar Response, NOME art gallery in Berlin presents James Bridle’s first solo show in Germany. The “Glomar Response” was formulated in 1975 by the U.S. Government, and refers to the prerogative of power to “neither confirm nor deny” the existence of information.

In the shadow of this statement is all of the uncertainty of contemporary life: the ever-increasing opacity of political and social processes accelerated by computer code and secret law, countered by the rising ability of individuals and activists to use those same networked technologies to investigate and act with ever greater agency.

The exhibition tests the limit of that augmented vision, using law, research and code to penetrate enclosed and classified spaces, while recognizing and attempting to visualize the boundaries of its own potential.

With The Glomar Response, NOME presents a series of works which investigate and depict hidden networks, redacted texts, and legal architectures. 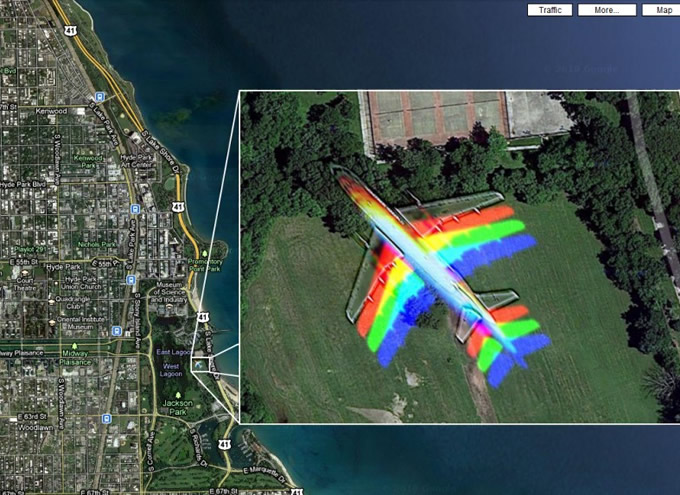 James Bridle is an artist, writer and theorist based in London. With a long-standing investigative interest in modern network infrastructure, government transparency, and technological surveillance, his artistic practice positions itself at the intersection of art, science and political activism.

His New Aesthetic research project has spurred debate and creative work across multiple disciplines, and continues to inspire critical and artistic responses.