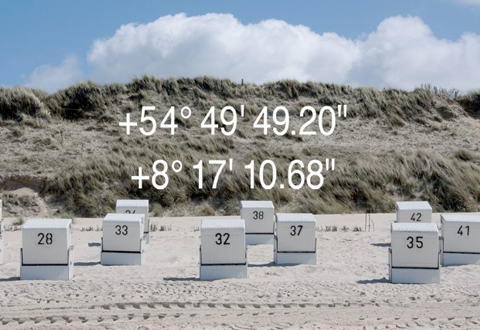 The Greater Cloud is a show in which the Internet as a platform, medium or subject matter functions as a source of inspiration for artists and influences their artistic practice. The Internet has become banal and ubiquitous. Starting point for this exhibition is what this means for a younger generation of artists and curators.

Elements that are key to the Internet nowadays and form the background to The Greater Cloud are: distributed forms of collectivity, the sharing and distribution of knowledge, openness of information, circulation of digital material as well as formal properties like connectivity, performativity or 3D programming elements. The works derive from Internet based materials or ideas or processes connected to the Internet.

As a consequence of internet’s characteristics and practice, that are based on sharing, distribution and circulation, The Greater Cloud is not only curated by NIMk’s curator Petra Heck, but co-curated by the artists/curators Aleksandra Domanovic, Oliver Laric, and Katja Novitskova.

Everyone gets to fill one space while referencing to the theme of the show according to their own opinion, taste and style. And in addition to this every visitor can become a co-curator too. One of the exhibition spaces can be filled up by the visitor by adding artworks found online. A computer with a blog devoted to this exhibition will be connected to a beamer so that everyone can browse through and upload things to it. 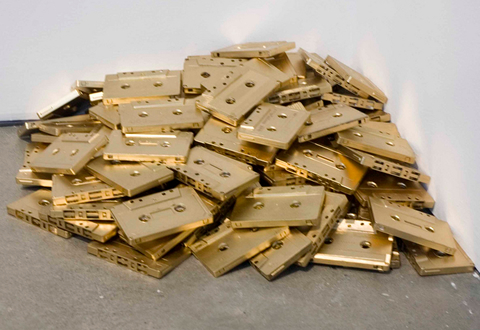 The artists included don’t only make digital or online work, but work multidisciplinary producing sculptures, video’s, photo prints, installations or texts. The Greater Cloud consists of “art that exists because of the Internet, or is influenced by the Internet,” as the artist Cory Arcangel once said. The exhibition continues a conversation about how the Internet has changed contemporary art, a matter most recently articulated in an exhibition called “Free” at the New Museum in New York (2010 – 2011) that was curated by Lauren Cornell.

NIMk’s curator Petra Heck chose to exhibit works wherein the following elements circulate freely: the free floating of information on the Internet resulting in ephemerality, temporarility and performativity and on the other hand the hybrid of digital, analogue and 3D elements. Artists included in this space are: Martijn Hendriks, David Horvitz, Marisa Olson, Jon Rafman, Alexandre Singh, Ryan Trecartin, and Artie Vierkant.

Katja Novitskova selected Harm van den Dorpel for a solo exhibition within The Greater Cloud that connects the theme of the show to his art practice as an ongoing process of assemblage taking place between web, sculpture, painting, collage, video, text and a myriad of other materials.

Aleksandra Domanovic looks for new landscapes that emerge from the interdependence of telecommunication and geography. The works in her exhibition range from Lance Wakeling’s topographical following of the transatlantic submarine cable, to a commissioned text by Pablo Larios that both map out alternative terrains. 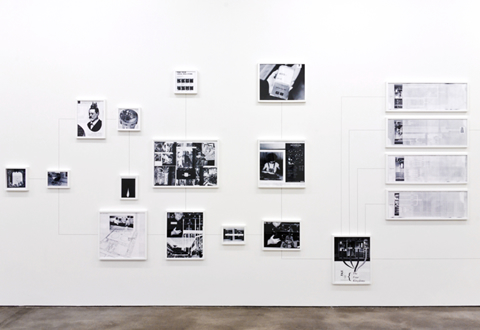 Further, Oliver Laric will show a piece by Marjolijn Dijkman. It’s a remake of a table that was originally used by the “lunar society members”, a 18th century enlightenment society that was influential during the industrial revolution. The table was a meeting point where the ideas for some of the most significant technological changes were formed. This 21st century version of the table will also function as a stage for talks and the developments of ideas and on top of the table works will be positioned by artists like Pamela Rosenkranz as well as by people working outside the art world.