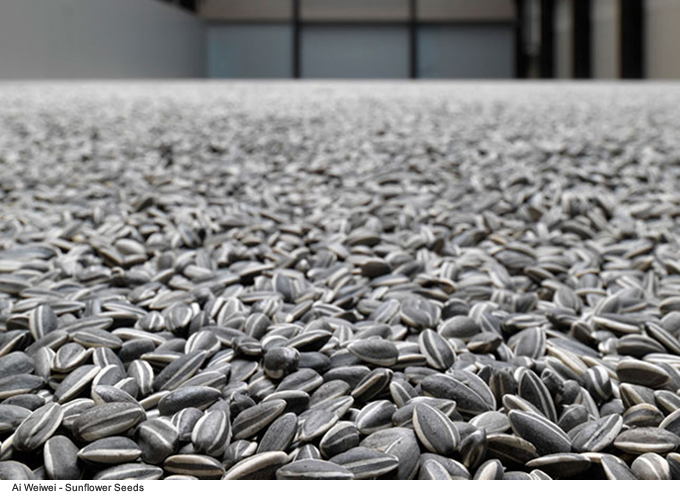 A new website devoted to Ai Weiwei’s seminal artwork Sunflower Seeds has been launched. No other work of contemporary art has raised the question of the relation between the mass and the individual, in all its ethical, spiritual and political implications, as profoundly as Chinese artist Ai Weiwei has done with this large sculpture. Being known worldwide for his outspoken critique of the regime in his home country, the work has provoked political interpretation and debate.

With texts, photos, and videos, http://www.aiweiweiseeds.com/ gives a full overview of the versions and exhibition history of the Sunflower Seeds, as well as bibliography and reviews from a multitude of influential media and critics help to offer a reference of the work to scholars, collectors and the public. Faurschou Foundation has made the site in collaboration with Ai Weiwei Studio and the involved institutions that have shown this remarkable piece in it’s various versions.

Ai Weiwei initially conceived Sunflower Seeds for his Unilever Series commission at Tate Modern’s Turbine Hall, opening in October 2010. Ai Weiwei’s take on the large hall was simple and complex, poetic and disturbing at the same time: he filled the Turbine Hall with a thick layer of sunflower seeds handcrafted in porcelain, a total of 100,000,000 seeds, with a total weight of 150 tons. 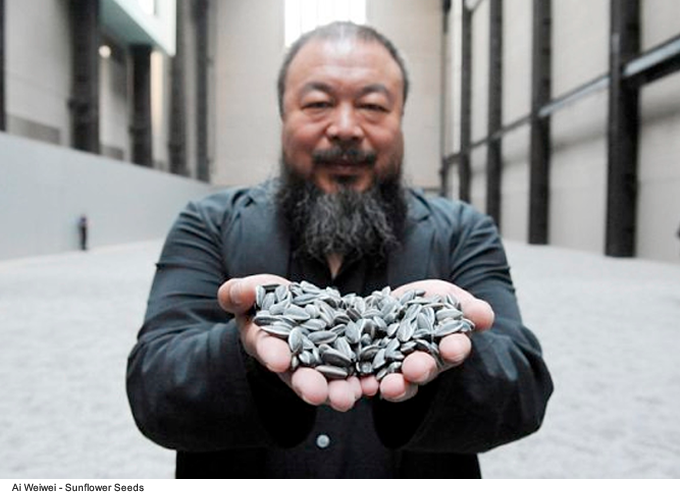 The layers of seeds, though simple in form, embody multiple meanings. Sunflower seeds are a common street snack in China, an everyday object from the artist’s childhood. It evokes the memory of hardships and hunger during the Cultural Revolution, and the era of socialist planned economy with the collective worship of the “sun.”— Chairman Mao.

Like Ai Weiwei’s other works, Sunflower Seeds is a work engaged in Chinese history and current political affairs, and also a project that can be accomplished only in this country. It concerns issues of mass production in China related to Western consumerism and globalization. Sunflower Seeds is today widely acknowledged as one of the most important artworks defining the times we are living in.