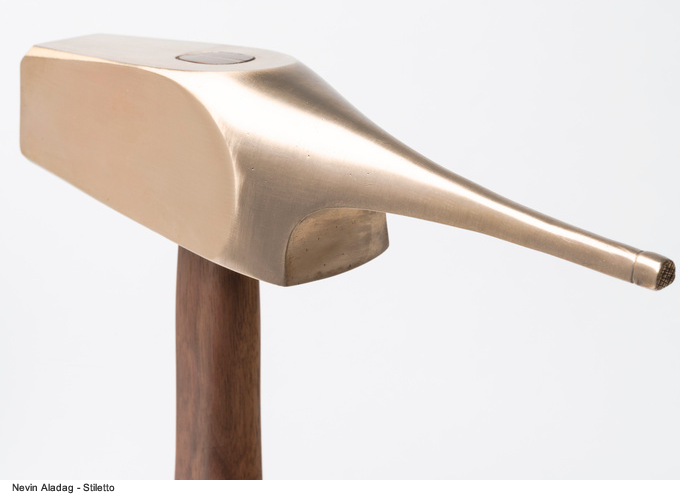 With Zugabe the Kunstverein Göttingen presents a solo exhibition by Nevin Aladag (born 1972, Van/Turkey) in the spacious exhibition halls of the historic Town Hall. From intimate stagings, to interventions in public space, sound pieces and dance, the works on view address public space as a realm in which belonging and cultural identity are constantly being renegotiated and reformulated.

Aladag’s oeuvre examines these processes through playful recombinations of ordinary objects, personal appropriations of pop culture, subculture, and tradition as well as the use of urban space as backdrop for expression of individuality and belonging. Aladag makes us aware of these mechanisms as a form of everyday performance that defines our contemporary social fabric.

In a number of her works emphasize this nature of this social framework as a compilation of disparate fragements. For example in the performance Hochparterre (Berlin), presented at the opening, Aladag uses passages from interviews with local residents of Naunyn Street in the heart of the ethnically diverse neighborhood of Berlin-Kreuzberg to create a collage-like script—which is lip synced by an actress. In these segments of original recordings, gathered by Aladag in a kind of field research, we hear opinions on issues such as living together, the neighborhood, and the transformation of the city. 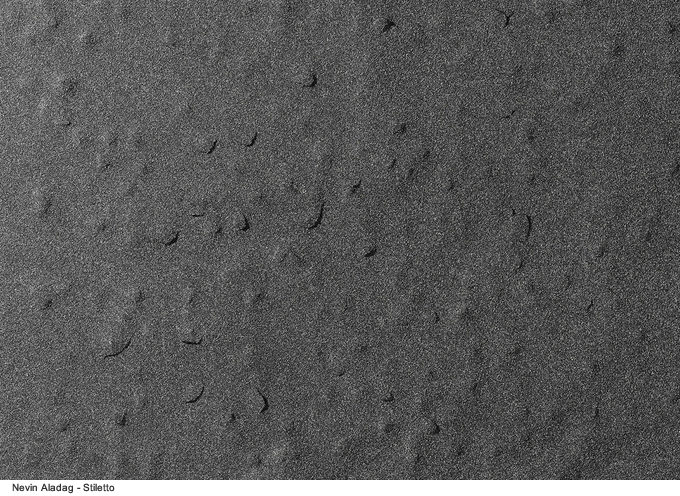 The ten-minute performance forms a lively mosaic of dissonant perspectives and experiences, which are unified in the person of the actress, without creating any sense of harmony. In the six-minute three-channel work Session (2013, Sharjah-Biennale) percussive instruments are pulled, rolled, and driven through various urban and natural landscapes. The different instruments originally stem from Pakistan, India, and Iraq, countries from which many inhabitants of Sharjah originate. Together these scenes create an auditory portrait of a city.

Also the work Pattern Matching, in which carpets with elements stemming from different countries (hand-woven carpets from Iraq and Turkey as well as industrially woven rugs from Germany and China) are created in the pattern of basketball courts—underscoring a light-hearted cultural combination of East and West. The work not only touches on the opposing spheres of tradition and urbanity, public and private, athletics and domesticity as respectively male and female fields, but it also suggests the complexity of trying to “match” different patterns, as the implied underlying “game” of the work.

The images in the photographic series Best Friends (2012), which Aladag made of groups of best friends, friendship is made obvious through the use of a similar choice of clothing. This specific dress code not only confirms but also create friendships. Complex mimicking processes are at work here, which consciously or unconsciously convey an identification with someone else. A unique but joint identity is negotiated that incorporates both a desire for individuality and a longing for community. In the series Freeze (2003) a single performer assumes various poses before the backdrop of a busy city intersection. His body is subject to distortions that interrogate traditional European hierarchies relating to the human figure. 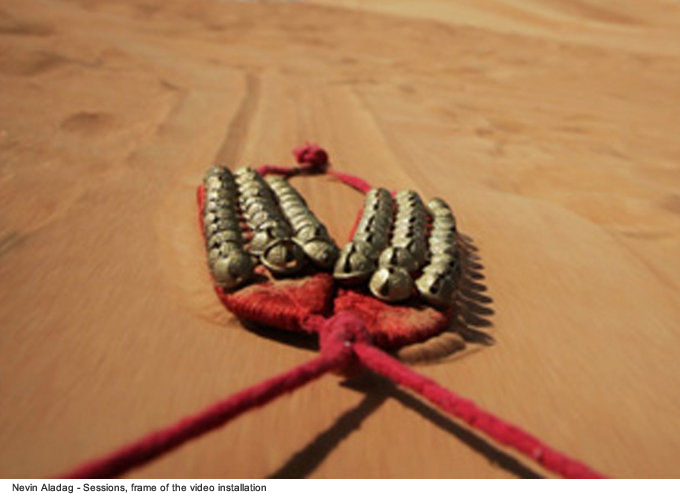 Finally the series Stiletto (2006–2013) consists of impressions on sheets of aluminum made by the artist dancing while wearing stiletto heels, which leave marks on the material as the trace of a momentary action.