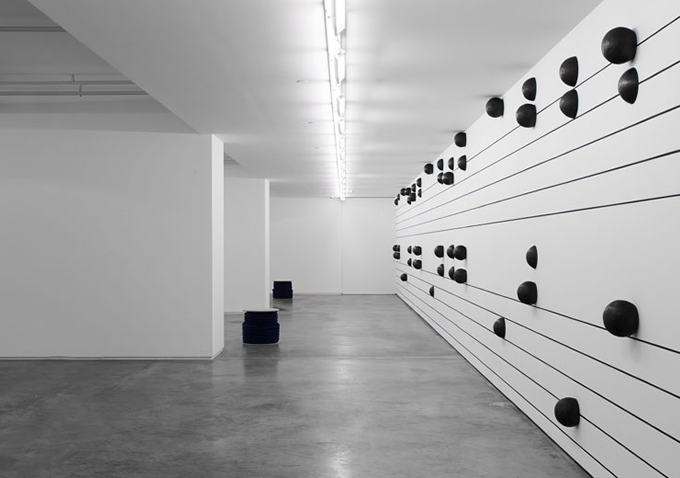 Throughout the ages, it’s been used as a musical term meaning “through all (notes)”, especially denoting the concept of “octave”. Besides its general use as a term to define the range of a specific note or a musical instrument, it is also the name of a small U-shaped metal device that vibrates to produce one of the keynotes, a tuning fork. Other areas of use include the fine-tuning of vocal tones in choirs, diagnostic tests in audiology, and alternative healing techniques based on sound energy.

By choosing the word “Diapason” as the title of her exhibition, Nevin Aladağ highlights – through the use of diverse means and forms of expression in her works – the transformative potential of music and sound. For “Diapason”, as can often be observed in her body of works, she transforms the socially defined and accepted positions and forms of objects, producing new meanings and functions by fine-tuning them into a new frequency.

Music and sound is often revealed as a leitmotif throughout Nevin Aladağ’s multi-layered oeuvre. In the artist’s video works such as Session (2013) and City Language (2009), she creates city portraits through compositions integrating different forms of musical and rhythmic elements. In Session and City Language, various percussion, string and wind instruments are played in various locations of İstanbul and Sharjah through the manipulation of natural components like the wind, sea, sand, rain, birds and sometimes architectural elements within the urban environment. 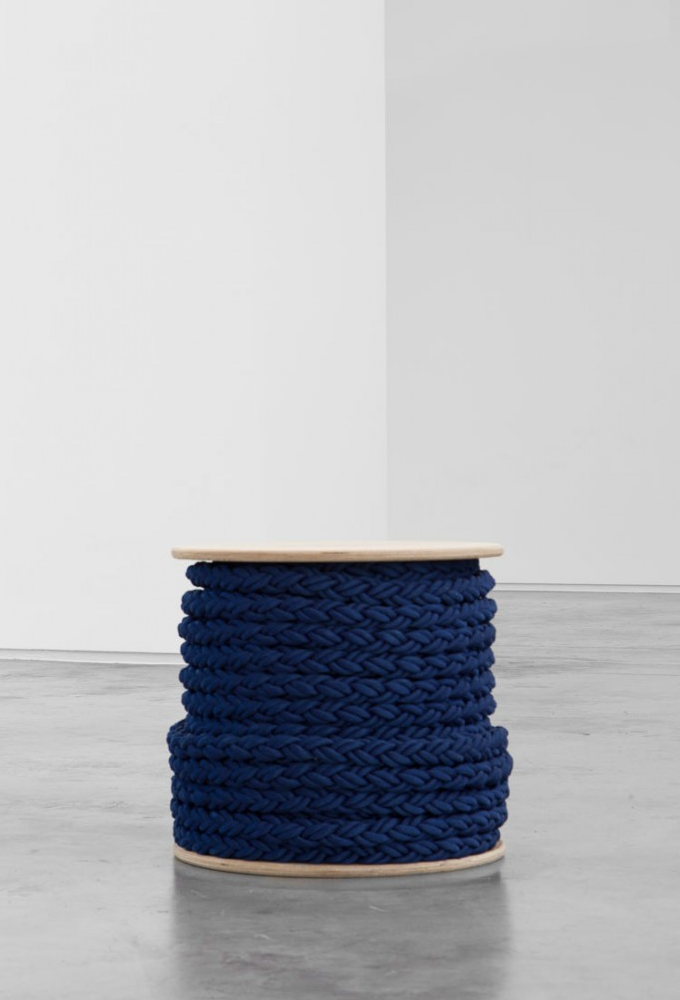 In her performance work, Raise the Roof (2007/2008/2010), women dancers wear headphones and dance on a metal platform. Each wears high-heeled shoes and a T-shirt announcing the title and duration of the song that privately accompanies her. The sound of the dancers’ steps is amplified through microphones installed underneath the platforms, which creates an improvised rhythmical composition.

Nevin Aladağ converts quotidian household objects and furniture into sculptural musical instruments to transform Rampa’s gallery space at Akaretler (originally the living quarters of the staff of the Dolmabahçe Palace) into a music room. This new work by the artist is inspired by the music rooms, which originated in Europe in the 16th and 17th centuries to accommodate recreational musical events in private homes and palatial residences and had an important role among larger cultural and social changes of the era. In the Music Room, various domestic objects are transformed into percussion and string instruments. A coat hanger is converted into a harp with a few strings, a table is covered with a piece of drum skin, a chair is rigged with guitar strings, and a newspaper rack is dressed as a violin. Whilst Music Room hints at the possibility of an improvised performance session by people who randomly meet at the same place and time, it also embodies the experiential potential of creating an assemblage whose members have had the chance to harmonize with each other during the allotted time.

The installation entitled March is based on “Rondo alla Turca” (The Turkish March), which is the last movement of Mozart’s Piano Sonata No.11 in A Major, and was inspired by the rhythmical structure and sound of the Ottoman Janissary Bands. Following extensive research conducted in the military museums in Istanbul, the artist installed 94 bronze cannon balls – modeled after the cannon balls used by the Ottoman Army in the 19th century and produced in four different sizes – upon giant staffs drawn on the two walls of the gallery space. The way the cannonballs are arranged upon the two long and parallel running walls evoke a visual association with the notation of Mozart’s famous piece. Even though they appear at first glance as the heads separated from the stems and flags of notes; upon a closer look they reveal themselves as the bronze cannon balls they indeed are, having been hurled at the wall at various degrees of force and speed. These balls embedded in the walls at differing depths evoke a feeling of being caught in crossfire. This serves to bring the military references — that are usually dismissed at the first hearing of this famous piece by Mozart and are often used as theme music in films, and advertising, especially to promote tourism, as well as in official State ceremonies in Turkey – to the forefront where they highlight the song’s wartime origins manifest in a kind of post-war setting. The title of the work refers both to the “military march” as a musical form and also to the military command: “March!”

The third work in  is entitled Beeline deriving its name from the term used to define the shortest distance between two points. For this work, Aladağ borrows the weaving pattern of the ropes used to tie the city’s ferries to the piers and embodies the shortest distance between the two embankments of the Bosphorous with these indigo ropes. The 698 meters of rope – broken up into parts and wrapped around wooden reels – defines the distance between the two points of the Rumelian and Anatolian Fortresses standing on the opposing and closest banks of the Bosphorous. By breaking the length rope into equal parts and then wrapping them around the wooden reels she creates ten stools, by which the artist extends an invitation to the audience to sit on and reflect on the concepts of distance, proximity, travel and departure. 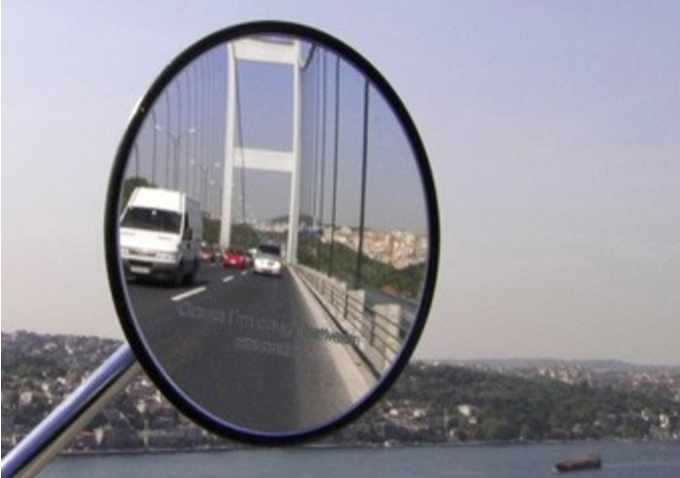