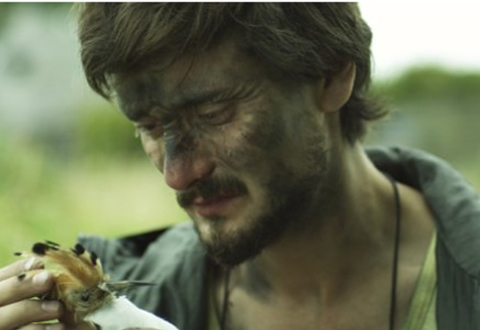 For the exhibition “Ourhouse”, De Hallen Haarlem co-commissioned a new video series and animatronic sculptures by Nathaniel Mellors (Doncaster, 1974). In recent years Mellors has developed an experimental practice in which video, sculpture, performance and critical writing are combined.

The complex relationship between language and power is a recurring theme in his multi-faceted body of work, typically manifesting itself in absurdist, humorous narratives which reveal a penchant for satire and the grotesque. In 2008, the museum acquired Mellors’ video installation The Time Surgeon (2007) for its collection.

In the exhibition “Ourhouse”, Nathaniel Mellors combines narrative video with animatronic sculpture. The eponymous video feuilleton revolves around a wealthy European family who are unexpectedly confronted with a mysterious manifestation – a threatening, silent male figure, clad in pristine sportswear. Initially the family do not recognise it as human.

They mistake it for some kind of object (The Object) or non-human thing (Thingy). When they try to talk about it they experience a kind of aphasia. The Object starts to control language within the house – at night it ingests ideological texts from the library, digesting and excreting them as a series of base sculptures. This causes a number of fantastical episodes to occur, in which the family members slowly undergo dramatic transformations.

Two of Ourhouse’s central figures, The Object, and Charles ‘Daddy’ Maddox-Wilson, are represented in the exhibition by way of animatronic sculpture. Featuring hyperrealistic face-mimesis in combination with visible nuts-and-bolts hardware and electronics components, these sculptures function as uncanny intermediaries between the video and the spectator: The Object as a book-digesting and pulp-excreting presence, and the twin sculpture Hippy Dialectics as the embodiment of Daddy’s increasingly schizophrenic character. 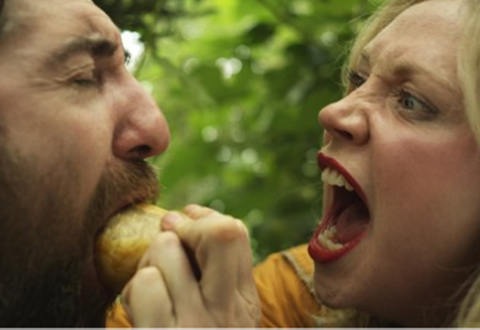 Among the important sources of inspiration for Ourhouse are the production – filming, lighting, editing – and script writing techniques used in contemporary TV drama. Mellors has adopted the formal structure of a TV series: the work-in-progress Ourhouse will eventually consist of six episodes, the first three episodes being the central focus of the exhibition at De Hallen Haarlem.

Event: 4 November, 8 p.m.: Lecture by John C. Welchman, Professor of Modern Art History in the Visual Arts Department at the University of California, San Diego, on the work of Nathaniel Mellors, followed by a conversation with the artist.