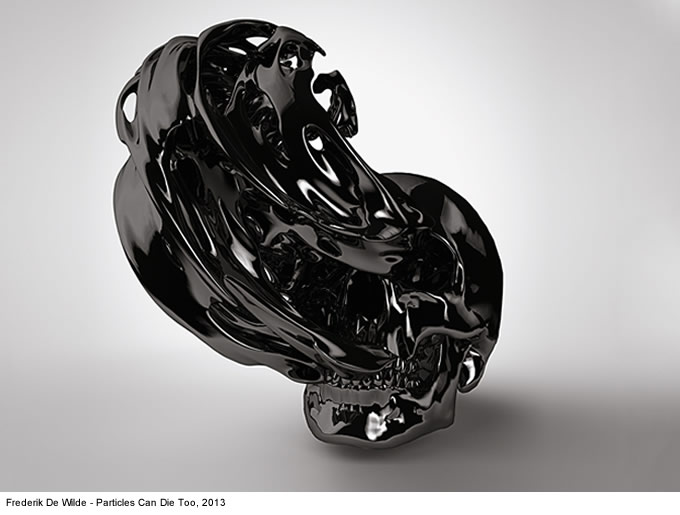 Carroll / Fletcher is pleased to present the first UK showing of NanoBlck-Sqr #1, a work by Belgian artist Frederik De Wilde.

Created with a nano-engineered material developed in collaboration with NASA and Rice University, NanoBlck-Sqr #1 comprises a material so dark that it absorbs practically all visible light. The artwork is made from carbon nanotube bundles “grown” in a laboratory and then applied to an aluminium canvas by the artist.

Yves Klein worked with chemists to create his now iconic International Klein Blue to offer, as he put it, an “open window to freedom as the possibility of being immersed in the immeasurable existence of colour”. Similarly, De Wilde’s monochromatic or “blacker-then-black art” works as a space of boundless immateriality. Yet black cannot be called a colour, merely the visual impression formed in its absence, and so looking into a void space evokes a vital act of introversion. De Wilde explains, “In a time where we are oversaturated with media and information, it pulls you back to something that is private and personal.” 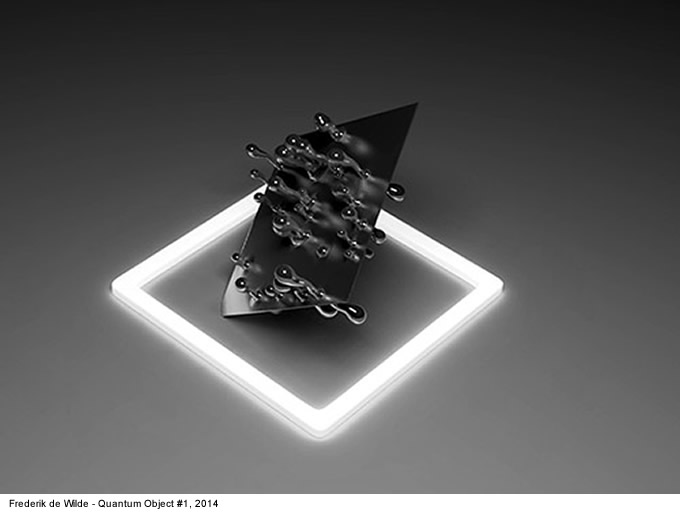 According to de Wilde, the artistic expression of a pure void is both a philosophical and scientific example of doubt in action. The artist explains, “There is a kind of beauty in trying to realize the blacker-than-black concept. Not just claiming it, but also trying to produce it by trial and error. There is beauty in doubt, to doubt and question perception and reality, simply by asking the poetic question: ‘is there something blacker than black?’”

Frederik De Wilde (b.1975) lives and works in Brussels. He studied Fine Arts (MA) in LUCA Brussels (painting), the Royal Academy of Fine Arts in Antwerp (sculpture), experimental & audio-visual arts (MA) in LUCA Brussels, followed by a pre-education in architecture, and one year of philosophy (VUB). Frederik concluded his studies with a post-graduate degree in New Media, Arts and Design at Transmedia in Brussels where he was initiated into software programming. He is currently guest professor at Transmedia Brussels and is a permanent artist-in-residence at the University of Hasselt.

Frederik De Wilde works between the bordering areas of science, technology and art. The conceptual roots to his artistic praxis are the notions of the intangible, inaudible, and invisible. It is this interstitial territory that De Wilde explores in his various works. Sometimes on the side of the technological, and often in the perceptual, conceptual, social-human-register, De Wilde’s art is grounded in the interaction between complex systems, both biological and technological. Moreover, the indistinct, diffuse, ‘fuzzy’ arena where the biological and the technological overlap and commingle is a productive and favored ground for his projects.