My Secret Heart is a new commission by Streetwise Opera (www.streetwiseopera.org) of a music and film installation written by electronic composer and Warp artist Mira Calix, video artists Flat-e and sound designer Dave Sheppard. They worked with around 100 Streetwise performers from across the UK to create a unique work that is being shown around the world.

The new piece is inspired by the Allegri’s 17th-century choral work Miserere Mei, a piece so protected by the Vatican that they put an embargo on it. Mira Calix and Flat-e have used the theme of secrecy to explore movements and singing with Streetwise’s participants to create this new century-leaping work. 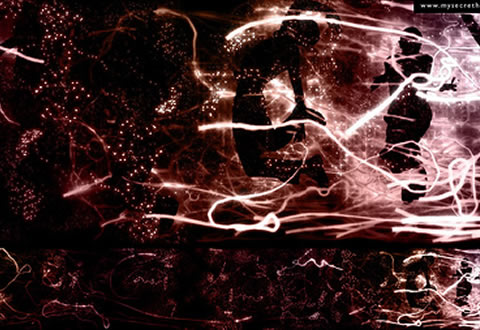 The piece exists as an immersive installation on a purpose-built 360 degree screen with surround sound and as a 7-minute film. The installation was premiered live at the Royal Festival Hall including a staging featuring a cast of 100 and is now touring to galleries, festivals and cinemas across the world through 2009 as an installation and film.