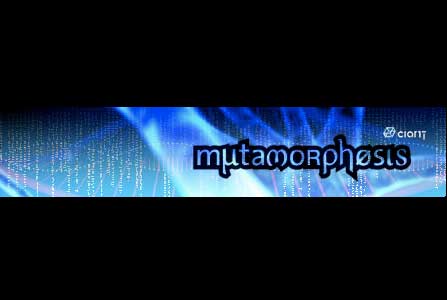 Prague, the city of Renaissance alchemists seeking for artificial life, of Golem, of C¹apek`s robot as well as of the first ever interactive film Kinoautomat will host an outstanding international conference MutaMorphosis: Challenging Arts and Sciences, from 8th to 10th of November 2007 at Municipal Library.

The conference will present lecturers from all over the world, including Japan, Brazil and Australia. The themes of the conference include Limits of Organic Life, Extreme Bodies in Extreme Spaces, Perspectives on Nano Art, Eco Sonifications, Art & Climate and others.

To mention two conference highlights, there will a keynote lecture about the architecture of complexity by Albert-László Barabási, who is recognised for the introduction of the scale-free network concept and popularization of network theory, and a lecture by Roy Ascott, pioneering cyber artist who published in 1967 in the first volume of the Leonardo Journal.

Among the invited speakers there are Stelarc, one of the world-famous artists using technology to extend capabilities of human body, nano artist Victoria Vesna will be speaking with nano scientist James Gimzewski, the author of 2005 most downloaded paper in Nature on a pocket sized nuclear fusion device, or, artist-scientist duo James Crutchfield & David Dunn who explore bioacoustic ecology of deforestation.

Roy Ascott – Terror Incognito: Steps toward an Extremity of Mind

Albert-László Barabási – The Architecture of Complexity

Louis Bec – We Are Extremophiles

In addition, MutaMorphosis conference will take place in the framework of art festival ENTER which will feature number of experimental performances, screenings and exhibitions. Among the exhibitions there will be the first retrospective of Frank J. Malina (1912 – 1981) who was an American aeronautical engineer and painter as well as initiator of the Leonardo Journal.