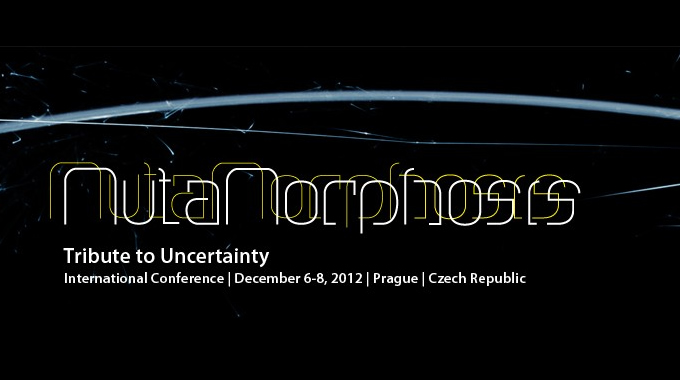 The emergence of the concept of “complexity” is probably one of the essential consequences of the great mutations we have seen over the last fifty years. The fact that we can understand the mechanisms underlying a certain number of phenomena is becoming essential for the understanding of mutations and for the exploration of future forms of cultural evolution.

MutaMorphosis is a conference on mutant futures and a platform for sustained mutalogues that will happen in Prague the next December 6-8, 2012. The theme of this second edition of the art-science conference (after the edition of 2007) is “Tribute to Uncertainty”.

– The Call for Abstracts is open, with a deadline fixed the next July 1, 2012: this is the submission page:
http://mutamorphosis.org/2012/submit

So, if you have something original to say about our world that is increasingly fuzzy, unstable and chaotic, this is the chance to do it. If you are you interested in how crisis, uncertainty and complexity can come together in order to question the known as well as predict and/or model yet unknown, MutaMorphosis is the right place for you. If you want to share projects intrinsically linking domains of scientific, artistic and technological research and creativity that can be introduced as relevant tools for better understanding of our common future, don’t miss the deadline the next July 1, 2012.

The aim of this Call for Abstracts is to provide opportunity for community of interdisciplinary practitioners to get engaged in a transformative conversation on mutant futures. 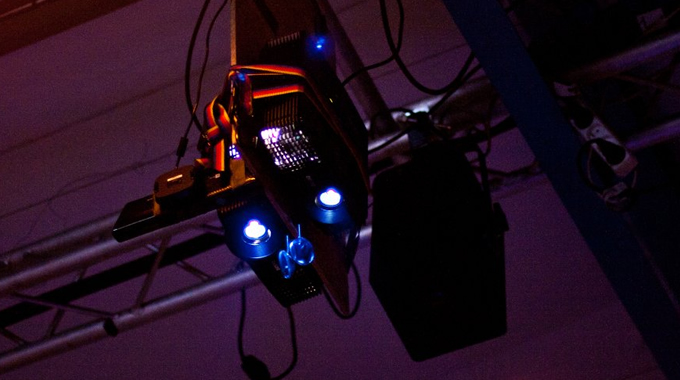 MutaMorphosis II should therefore be contextualised in a world undergoing a complete mutation, jolting at all its pointsf articulation, whether political, economic, diplomatic, geographic, ecological, technological or communicative.

It is also a world whose hierarchies are being shaken, whose disparate social organisations are being disrupted, a multicultural, hybrid, young, active and communicative world representing 7 billion human beings. It is also a world of handicaps, misery, hunger, and endemic diseases, a world fraught with merciless migrations of people pushed toward more favourable environments.

In this state of imbalance, of “deconstruction” and crisis, the most serious risks lie both in the choice of methods and analytical tools and in a misunderstanding of the origins of the crises, their causes, their consequences and their long-term effects.

MutaMorphosis II thus proposes to “play the role” of a probe furnished with a panoply of configurable tools.