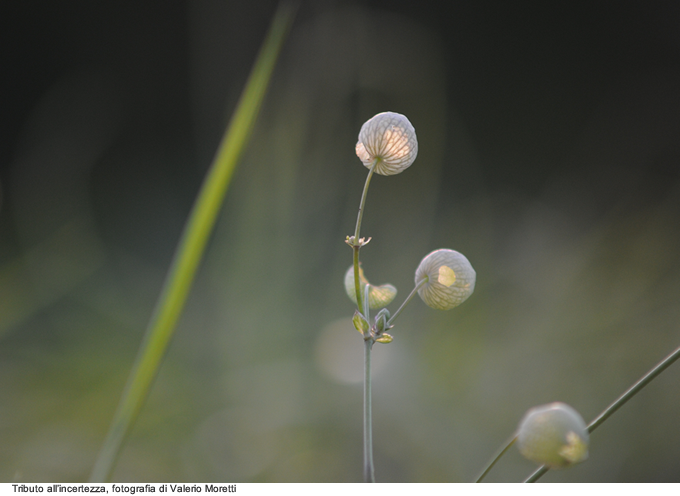 From 5th to 8th December 2012 in Prague was held MutaMorphosis, an international conference organized by CIANT | International Centre for Art and New Technologies and curated by Pavel Sedlak, which has chosen “Tribute to Uncertainty” as its theme.

MutaMorphosis is at its second edition, after five years from the first, a period of time that can be seen as beneficial to sum up the situation, in a conference designed for artists, scientists and cultural workers, who meet here and confront each other on the development of the investigated topics and projects completed or in progress. The core of the conference mainly covers the sphere of interrelation between artistic, scientific research and new media; in this context new ways of sharing and professional collaboration are developed.

MutaMorphosis is, therefore, an opportunity to understand flexible views and horizons, not only about the content but also about procedures, operating methods and study that can be redesigned or updated by comparing artists and scientists.

“Tribute to Uncertainty” is certainly a modern subject, which focuses on a deeply discussed key concept as the one of uncertainty perceived at every level. From this gateway to the conference, I chose to interview one of the attractors (coordinators of a topic, which refer to the various presenters invited to the conference) who were invited to Prague: Roberta Buiani, a member of the Editorial Board of Digicult. 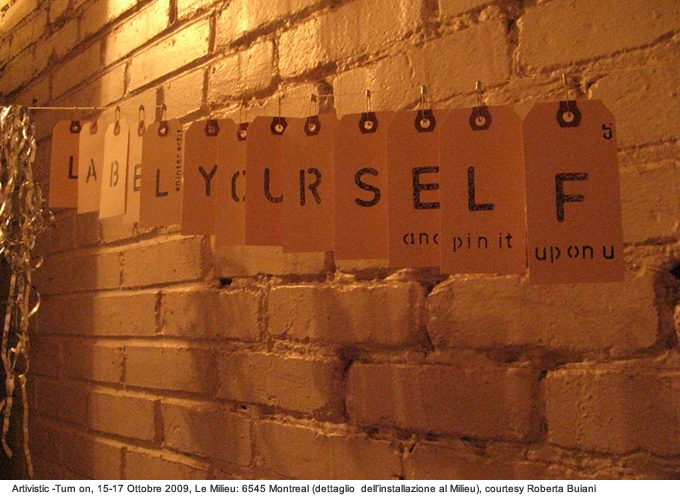 For MutaMorphosis, she presented together with Jim Ruxton, founder and director of Subtle Technologies, a sub-theme entitled Beyond Uncertainty, one of the 21 streams of interests that will be explored during the conference.

Roberta waited for our interview via Skype sitting in a classroom in the vast Robarts university library in Toronto. The first thing she said when we connected was that the structure of this library may have inspired Umberto Eco for his “The Name of the Rose” (1980). “It’s like a maze,” said Roberta. This statement gives me the opportunity to introduce our interview with an idea taken from a passage in Eco’s “Opera Aperta”.

“In aesthetics there is a debate between the ‘definiteness’ and ‘openness’ of a piece of art, and these two terms refer to a fruition that we  all experience and often we are also led to define: a work of art is an object produced by an author who organizes a network of communication effects in a way that any user may cover (through a game of responses to the configuration of effects felt as stimuli of  sensitivity and intelligence) the work itself, the original form imagined by the author.

In this sense, the author produces something closed in itself, with the desire that this form is understood and enjoyed as he has produced it, but through the reaction to certain stimuli and understanding of their relationship, every viewer brings a concrete existential situation, a feeling which particularly affects them, a certain culture, taste, inclinations, personal biases, so that the understanding of the original shape is determined according to individual perspective.

The form is aesthetically pleasing to the extent that can be seen and understood in accordance to multiple perspectives, showing a richness of aspects and resonance without ever ceasing to be itself […]. In this sense, then, a work of art, as it is fulfilled and closed in the perfection of a perfectly calibrated body, it is also open, can be interpreted in a thousand different ways without its irreproducible singularity to result altered. Any fruition is like an interpretation and execution, because in each use the work comes to life in an original way. 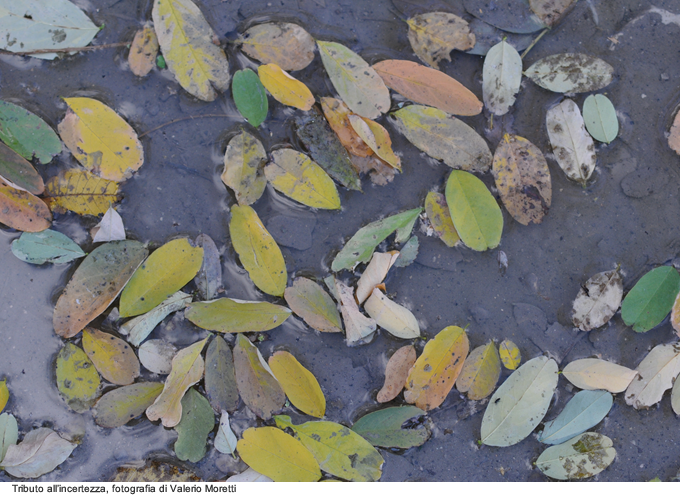 Silvia Scaravaggi: Which role does your intervention have in MutaMorphosis?

Roberta Buiani: Let’s start from the theme “Beyond Uncertainty”. From this initial concept Jim Ruxton (who can’t be present today but I will speak on his behalf), and I want to invite artists, scientists and theorists to think about the potential aspects of uncertainty as a mean, rather than the way in which instruments and means can find a solution to their intrinsic predictability. In other words, we want to invite people to re-think uncertainty as a process, and not as an end.

Silvia Scaravaggi: Which are your key words and with which intentions do you and Jim Ruxton select them?

Roberta Buiani: We don’t start from results, we prefer to focus on the methodology, on the process, the way in which we do things. Biology, Physics, Politics, the Principle of Uncertainty, Tools/Meanings. We use these shortcuts also in this conversation.

Silvia Scaravaggi: Basically, you are offering the possibility to talk not about the contents of interventions and researches, but about the way in which these develop, the structure which forms them and the different strategies through which they spread

Roberta Buiani: Uncertainty as significant. This is the road we would like to follow. Reality is uncountable, we aren’t able to determine exactly where we will go through this research process. 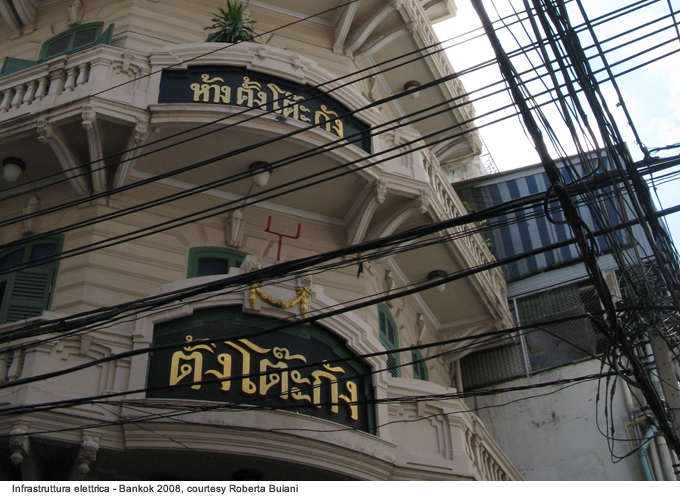 Silvia Scaravaggi: Why do you concentrate on this idea?

Roberta Buiani: In Jim’s case, he started from research in science: quantum physics and a reflection on the “Uncertainty principle” of Heisenberg (the Heisenberg’s “Uncertainty Principle” is the principle in which it is not possible to accurately determine simultaneously the position and the momentum of a photon – elementary particle). This principle is derived in part from the observations occurred in the “Double slit experiment”, which gives rise to the phenomenon of diffraction. At the time of Heisenberg (and Niels Bohr, his colleague and teacher) it was only a thought experiment, but scientists in quantum mechanics have been trying to reproduce it. To date, despite the technology, the experiment is only partially demonstrated … It was said, uncertainty …

Through this example, we can say that a way to see this experiment is to approach it from a different perspective, that is, to focus on how the research is done, the investigation, and not only on its result, on what is expected. The topic on the agenda is that during research you are faced with a major obstacle: the difficulty of predicting the behavior of matter, and each time it is analyzed, it has to do with a huge mass of uncertainty. This is where we started.

Silvia Scaravaggi: How will you organize your work in MutaMorphosis?

Roberta Buiani: As an attractor, I will introduce the topic. The aim is to understand how artists and scientists act during research, not asking them to present results. Uncertainty is a challenge, I will put it in these terms. As a speaker I will present a paper full of questions, but I don’t want to reveal the content. Also in this case, the main point is the way in which we will speak about it, not on its aim. Besides introducing my research field, I want to acknowledge the challenge with which I am dealing. In the research we are dealing with objects that are very suggestive and variable, so let’s go further. In which way do we evaluate this kind of objects, when methods used have the objective of offering certain results? And how can we do this when we study what is unfinished or open? I do not care so much about defining the object, but about understanding how it is formed in our minds. 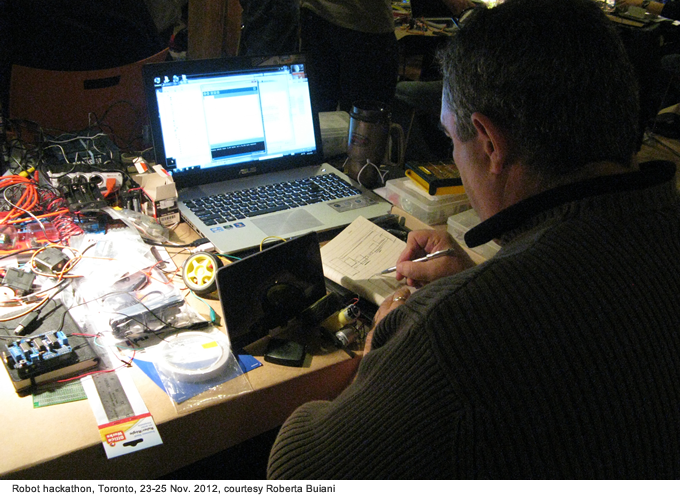 Silvia Scaravaggi: In which way can we communicate these topics?

Roberta Buiani: Through experimentation and examples, we will try to reveal their challenges and potentials. We need to use a common language, find connecting points in which scientists and artists can meet. We talk about the method, not about the results.

Silvia Scaravaggi: Could you leave us some bibliographic hints to prepare for this challenge?

Roberta Buiani: Karen Barad, Meeting the Universe Halfway: Quantum Physics and the Entanglement of Matter and Meaning (Durham, N.C.: Duke University Press 2007). Barad talks about intra-action, the way in which the material world and culture are dinamically connected (as if they were photons, and not the meeting points of a constellation). Barad is oriniginally a physicist and a student of Donna Haraway.

Michel Foucault, The Archaeology of Knowledge (London-New York: Routledge, 1989). Foucault is one of the first who thought about the fact that discursive formations occur through an intersection of forces that emerge, disappear, overlap, but not in a linear way.

Michel Foucault, Society Must be Defended: Lectures at the College de France, 1975-1976 (New York: Picador, 2003). In the concept of biopolitics, the act of regulation and standardization (rather than punishing or eliminating what is thought to be a menace) becomes one of the principles of neoliberalism.

Donna J. Haraway, Modest_Witness@Second; _Millennium.FemaleMan© _Meets_OncoMouseTM: Feminism and Technoscience (New York: Routledge, 1997). This book has a part that talks about the phenomenon of diffraction and how nature and culture are linked in a relationship of “entanglement”. For the author natureculture proceeds through a mechanism of diffraction (and not of reflection, ie the objects are continuously processed by the culture and are never the same).

Isabelle Stengers, Cosmopolitics I (Minneapolis: University of Minnesota Press, 2005) and  Isabelle Stengers, Cosmopolitics II (Minneapolis: University of Minnesota Press, 2011). Stengers is a student of Ilya Prigogine. For her, an ecology of practices focuses on the process of a (slow) transformation of the relationships between individuals.