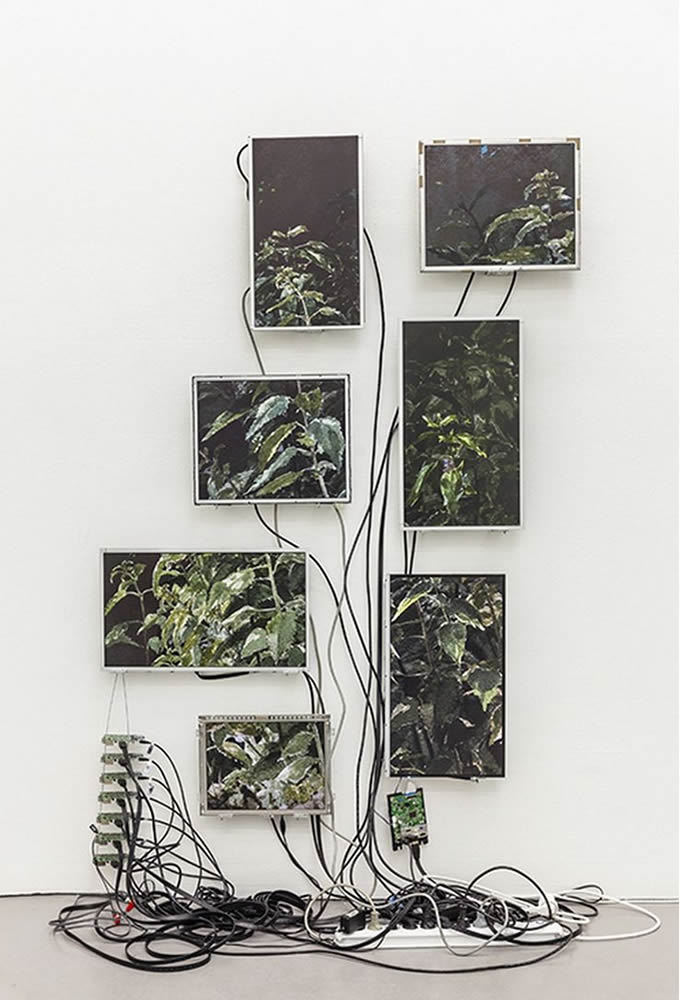 Christine Ödlund’s work explores the borders of our knowledge of the world around us, connecting such themes as the chemical communication of plants, synaesthesia and theosophy. She works in a variety of media, including drawing, sculpture, video, watercolour and sound works.

Musical scores for electro acoustic compositions form a central part of Christine Ödlund’s works. Stress Call of the Stinging Nettle (2010) is the score for a musical composition based on observations over time of the chemical activity of a population of stinging nettles when one of them is “attacked” by a larva. Referencing educational botanical drawings and amateur watercolour studies of nature as well as the electro-acoustic notation of Györgi Ligeti and John Cage, Stress Call of the Stinging Nettle brings together scientific and artistic speculation into the communication and sensory reactions of plants.

In the exhibition, science, theosophy and art form parallel and mutually informative strands, representing the struggle toward a deeper understanding of the world around us. In recent works Ödlund has focussed on formal similarities between scientific documentations – the movement of sub-atomic particles and sound waves – as well as explorations of synaesthesia the theosophist movement . There are clear similarities between for example the photographs of the movement of sub atomic particles unknown 100 years ago and clairvoyant transcriptions of music taking visual form from the turn of the last century. 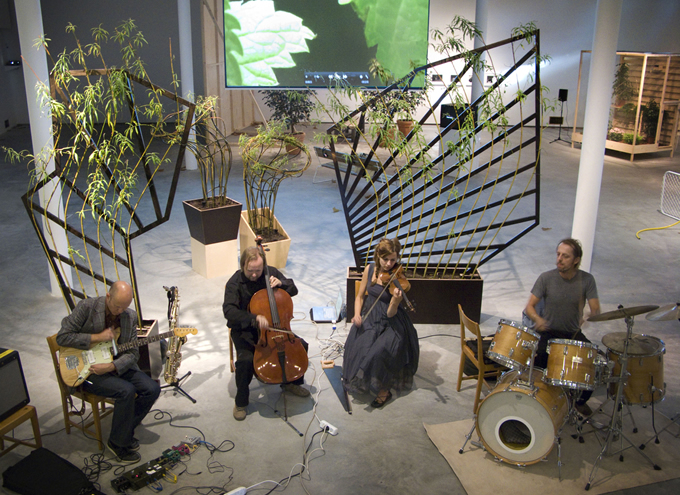 Music for Eukaryotes includes drawings, video works, sculptures, watercolours and a re-enactment of a 1973 comparative study of plants’ reactions to Ravi Shankar and acid rock.

Christine Ödlund’s composition Music for the Fourth Dimension will be performed on harp and drone box at the opening.

Trondheim kunstmuseum will publish a publication containing a conversation between Christine Ödlund and Johan Börjesson as well as documentation of Christine Ödlund’s works and the exhibition.