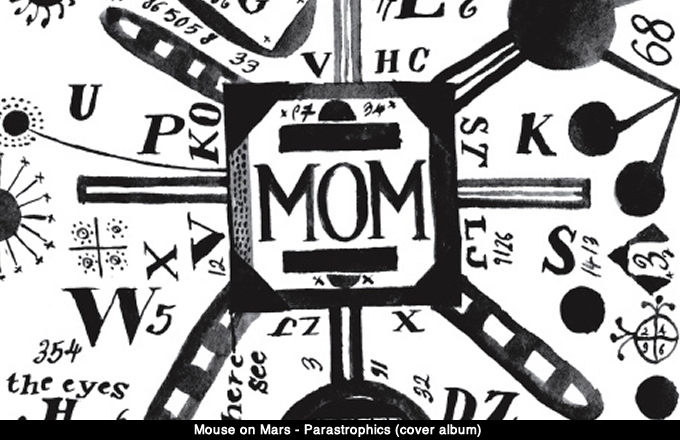 Among the most interesting figures in contemporary electronic music scene, Andi Toma and Jan St. Werber have definitely gained a prominent place by the name of Mouse on Mars, a project started almost twenty years ago, and thanks to which in the course of time they succeeded to revolutionize the German and international music scene.

Indeed, coming from Cologne, and later moved to Dusseldorf, through their avant-garde experiments and research carried out across several music genres, they successfully take over from Kraftwerk, recognized as their artistic fathers.

In the twelve albums released to date, Mouse on Mars have been able to converge in their work different genres, from techno to the more radical elements that characterize the kraut-rock, mixing, with irony and Teutonic awareness. dub rhythms with hip hop hints, and drum & bass sound.

From Vulvaland (1994), their debut, to their last works before the beginning of the new millennium, they alternate dark and almost minimal pieces with sparkling ones, where the use of synthesizers, samplers and analog instruments, mixed in unexpected ways, bringing their path closer to the experimental music rather than to the world of clubs (although songs like Cache Coeur Naif have become real hits, frantically played half Europe’s clubs). 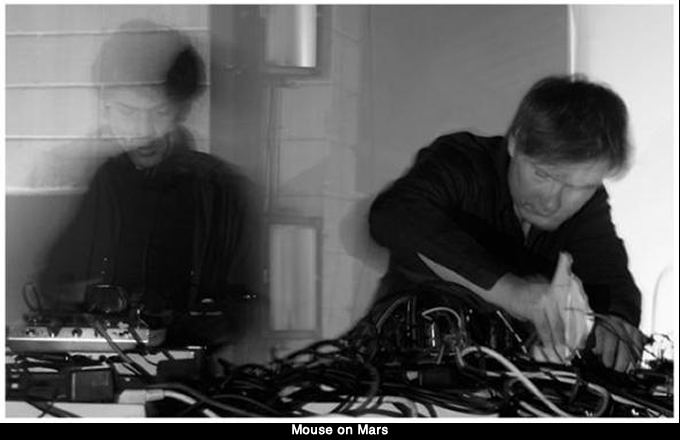 In this melting pot of musical influences and references, the classifications for indexing the duo’s sound research abound various labels, including futuristic Grind, Kraut dub, Doom House or Post-futuristic techno. A problem (if it can be considered as such) that has not stopped the Mouse on Mars winning numerous awards, including a special recognition to Linz Electronica Festival in 1999. This extreme freedom of movement between the dance and a more conceptual electronic experimentation has let their research to move freely, also thanks to collaborations and contacts established with many artists from different musical and non-musical sectors.

Worthy of note was definitely the live project Paeannumnion of 2011, an orchestral work  realized together with the Koln’s musikFabrik and presented in the most important European theaters; in this work the Mouse on Mars upset the normal symphonic rules to transform the entire ensemble in an electronic band, but without the presence of any electronic instruments. Live, the duo samples the orchestra’s sound  to interact through special musical softwares, expressly created by themselves.

However 2012 is the year of Parastrophics, which comes six years after the previous Varcharz (2006), which had already revealed new openings both towards funk, and free jazz. 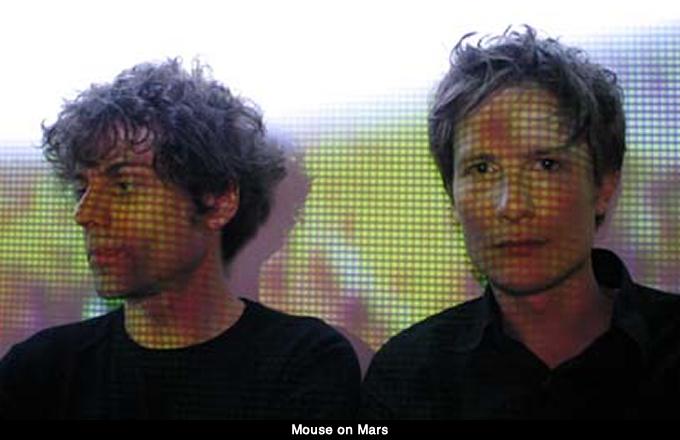 Presented on April 14 at Locomotiv in Bologna, the element which immediately seems to connote this album is an explosion of color that seeps from every single byte. As in other lives from the band, the formation includes a third element: the singer and drummer Dodo Nkishi, which helps with his presence to offer a more dynamic and almost light-hearted atmosphere to the event.

Mouse on Mars open the show without much preamble, immediately conducing the audience into a jubilation of sounds and lights. During the quick pace of songs, what captures the ears is the maximalist drift, with which the band plays through the use of more or less vintage effects, voice samples and dissonant elements. In the euphoria of composition, which seems to summarize in the thirteen tracks of the album much of the long artistic career of the duo, which moves without apparent solution of continuity from Seaqz’s more european acid, to the lounge atmosphere Syncropticians, passing through the glitch rhythms repeater in Gearnot Cherry.

But what we perceive the mosto, apart from the various genres that mark the different songs, it is rather a fluorescent pop powder, which intangible lies on every song, regardless of the multiform shape of the entire work.

Parastrophics is pop in the way in which this term may suit the electronic experimentation  with a clear German identity, a suggestion rather than an actual recall. The album is, then, a sum of many different elements from electro music, funk and rap, surprisingly giving organicity where it appeared as a heterogeneous collection of different sound experiments. 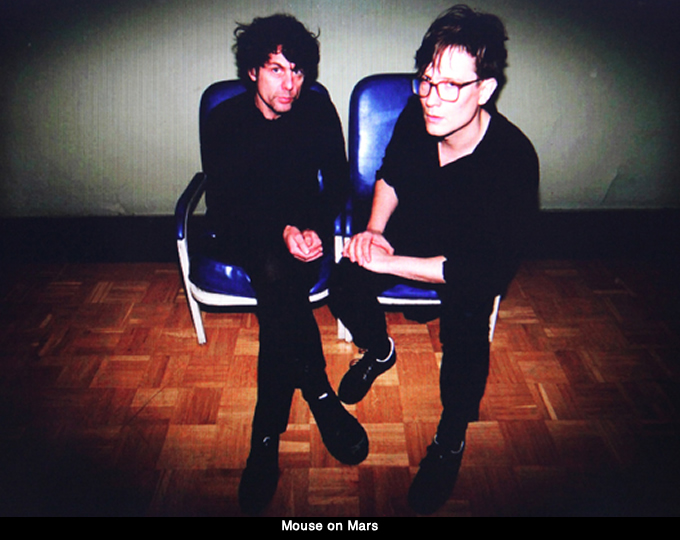 The reference to pop should be considered, however, in its broadest sense, a tribute to the post-modern culture more than the music’s sake. So we seem to recognize, in the sound mix, a fun pulp reminder to Tarantino, which is touched by fluorescent colors and black & white drawings with Dadaist echoes that characterize the visuals during the concert.

The sound dimension is full of synthetic beats, like a video game, and a multitude of other artificialities, that draw us into a sort of synaesthetic rollercoaster with the immediacy of the most pure entertainment. The performance is appealing in its simplicity: the colors, lights and graphics that accompany the live are perceived  before capturing them with the eyes, in the explosion of musical energy which seems to have created the whole album. With Parastrophics Mouse on Mars confirm their histrionic capacities within the electronic scene, getting ispiration from their own background. They are now free from the need to demonstrate their creative capacities in any circumstance, they can come back with a new maturity, which goes along with simple and immediate desire to have fun and to entertain.