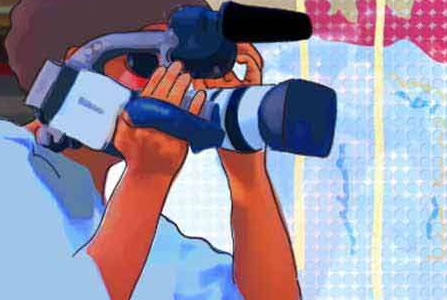 The international cinema will land in Recife, Pernambuco from November 3rd to 11th of 2005 during the MostraMundo  The Moving Image Festival. The event held by Aeso  Barros Melo Colleges  will bring screenings, debates, lectures, workshops and courses that will be promoted to broaden the discussion about cinematographic market. The festival is comprised of films out of competition and videos in competitions, according to the following sections: Student Screening, University Screening, Professional Screening and Web Screening. The prizes will be from R$1.500,00 to R$5.000,00.

The MostraMundo will exhibit about 70 films  most of them international. The curator of the International Screening is Luciana Jordão, master in Cinema by Minas Gerais University, experienced in Tv and Cinema, and commercial producer of films as Cinema, Aspirinas e Urubus. “The best thing about this festival is that it brings to Recife recent movies of the international cinema. This kind of movies is only exhibited here one year after its first screening at festivals in Rio de Janeiro and São Paulo, when they come.” said Luciana, that also pretends to exhibit some films never seen before.

One of the highlights of the festival is the Web Screening that will happen entirely on the internet. To make this possible, Aeso joined forces with C.e.s.a.r (Center Of Advanced Systems of Recife), institution created by the University of Pernambuco that works with development of services, solutions, projects and researches in Communication Technologies. Can compete on this screening videos made for the web whit maximum of 5MB, without lenght limitation. All videos of this category will be available on the website of the event where the viewers can vote for the best.

The MostraMundo keeps the goal of Aeso to promote the local cultural production. The College holds projects like Movimentaeso, that rescues the citizenship to the devoid communities trough painting, music, dancing, arts exhibitions and music contests, citing Microfonia. “The cultural valuation is connected with the institution values”, says the Planning Director of AESO, Izabella Barros Melo.

The subscriptions may be done from Sep 12 to Oct 14. The subscription forms are available at the website www.aeso.br/mostramundo and at AESO. The movies subscribed in the four competitive screenings (web, student, university and profissional) will be evaluated by two different selection comities, each one formed by three professionals, among journalists, professors and general professionals related with the audiovisual production. The ten finalists of each category  excepting de web category  will be showed at the movie theaters. Two votings will happen: a popular one, through the website, and the other composed by a jury committee formed by five people.