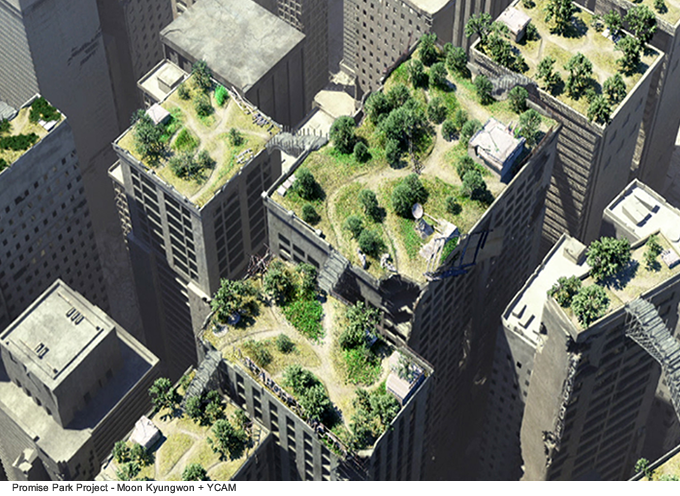 The Yamaguchi Center for Arts and Media (YCAM) and internationally renowned South Korean artist Moon Kyungwon present new installation works and research results that have emerged from the three-year Promise Park Project, focusing on park of the future since its launch back in 2013.

Focusing on the park as a place where the activities of humans across different ages and cultures come together, the project aims to explore the meaning of the park from its establishment and discuss future forms of public spaces with experts from various fields. At the same time, it can also be understood as a platform for various engineers and researchers to engage in research and discussion.

Opening in 2015, this large-scale exhibition summarizes the activities of the three-year project. The exhibition presents various ideas on the subject of park of the future, based on interdisciplinary fieldwork and approaches from various areas, in the form of new installations and a research showcase. 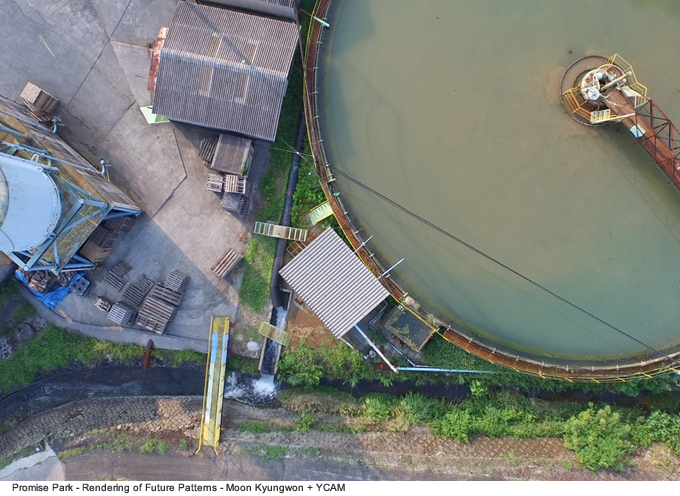 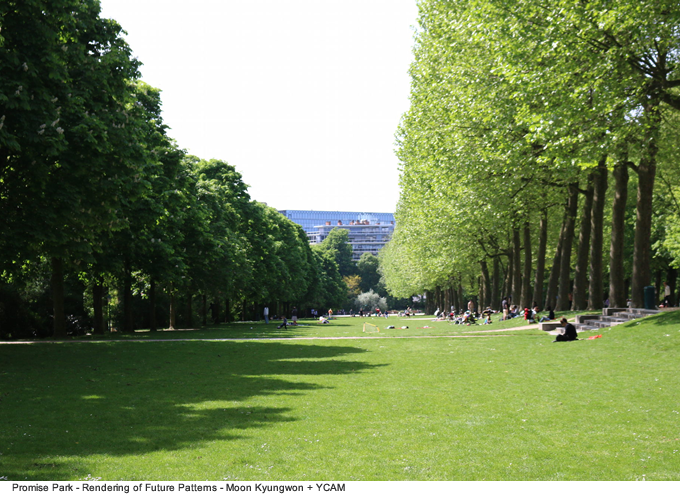 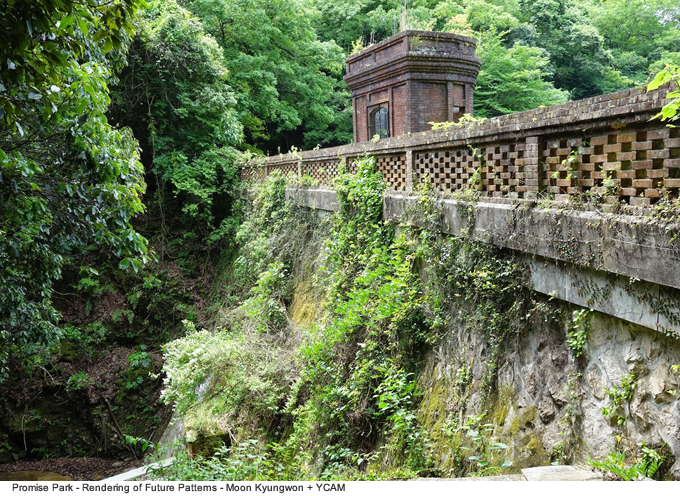 The exhibition is divided into two parts, respectively introducing new installation works and the Park Atlas (archive of parks). The new installations revolve around a large-scale video work realized using such state-of-the-art imaging technologies as computer graphics and drone photography.

Furthermore, throughout the exhibition period, a park of the future carpet will be woven in collaboration with Kyoto-based Hosoo Co., Ltd. The research showcase, meanwhile, introduces results of the artist and researcher’s fieldworks and research into parks and gardens from ancient to present times.

This exhibition is based on fieldwork and drone photographs taken at modern industrial ruins and relics. On display are a video installation in which these images are projected onto the floor like a giant carpet, and a woven carpet of park of the future that will be continuously produced throughout the exhibition period with collective sounds installation. 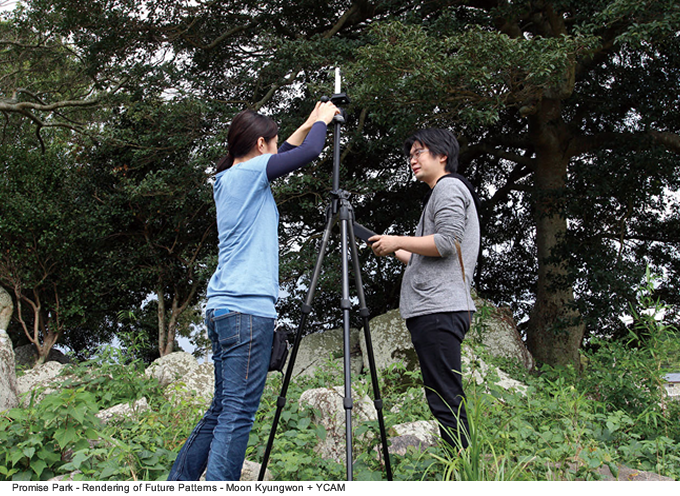 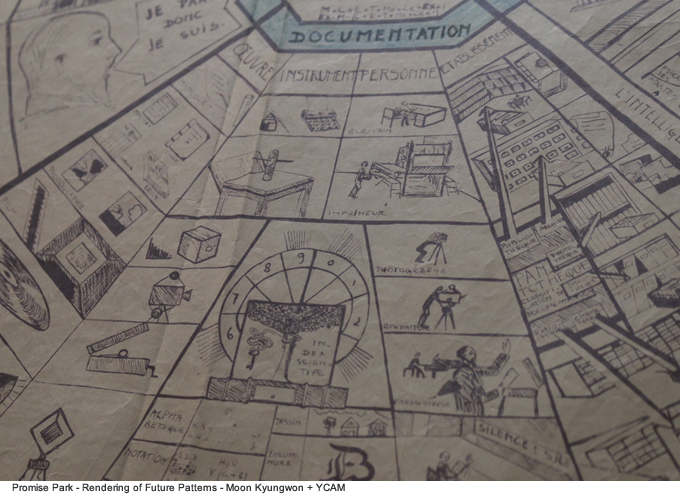 Since 2014, guest researchers/projects have been invited to do fieldwork mainly in the Yamaguchi region, with a focus on rocks and historic sites that bear the marks of various ages from ancient to modern.

In addition, images have been collected through investigations at such representative modern day parks as Hyde Park (London), Central Park (New York) and Ueno Park (Tokyo), as well as at the Mundaneum, a plan for a world city based on an archive of all the world’s knowledge, conceived in the early 20th century by Paul Otlet. These images are presented in the form of the Park Atlas slide show, which is programmed so that the playback order and the relationship between the single images keeps changing.