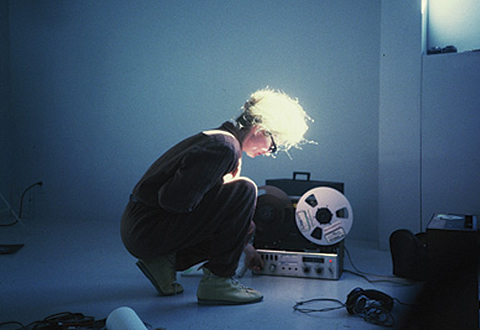 A tribute to pioneering sound artist Maryanne Amacher will be held on the first anniversary of her death, October 22, 2010, initiated and organized by the MIT Program in Art, Culture and Technology.

The event will kickoff in the afternoon with a lecture by Anne Hilde Neset (Norway). Neset is deputy director and editor of The Wire magazine. Micah Silver and Robert The will present the Amacher Archive. A roundtable with electronic music composers and sound artists Kevin Drumm (US), Florian Hecker (Germany), and Jessica Rylan Piper (US) will discuss the influence of Amacher on current research in the field. A reception and evening of sonic works dedicated to Maryanne Amacher follows the presentations.

Amacher was a student of Karlheinz Stockhausen in the 1960s, collaborator of John Cage and Merce Cunningham in the 1970s and 1980s and teacher at Bard College until her death in October 2009. Amacher went on to receive major commissions throughout the world for her work. As a seminal figure in acoustics, architectural installation and the physiological phenomenon called otoacoustic emission, her contributions to the field were recognized in awards and grants from the Guggenheim Foundation, National Endowment for the Arts, New York Foundation for the Arts, Pew Memorial Trust and the Foundation for Contemporary Performance Arts, Inc. among others. In 2005 she was awarded the Prix Ars Electronica.

During the 1970s, Maryanne Amacher was a fellow at the MIT Center for Advanced Visual Studies (CAVS). CAVS founder Gyorgy Kepes is credited as one of her primary influences. While at MIT, she worked on her noted City-Links, a series of installations using real-time “telelinks” that transmitted sounds from remote locations. The project was presented at Minneapolis’ Walker Art Center and Chicago’s Museum of Contemporary Art in 1974 and will be reinstalled this fall at New York City’s Ludlow 38 Künstlerhaus Stuttgart Goethe Institut New York. 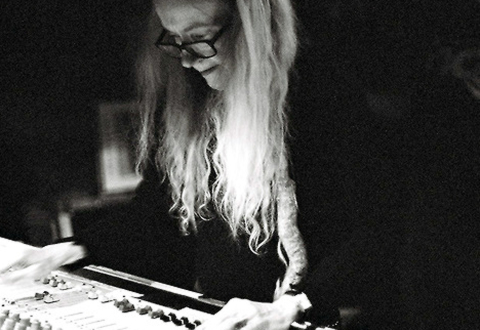 – Welcome by Ute Meta Bauer, Associate Professor and Head of the MIT Program in Art, Culture and Technology

– Micah Silver and Robert The, “The Amacher Archive”

Anne Hilde Neset is Deputy Editor of The Wire magazine. In 2005 she co-founded Electra, a contemporary art agency based in London, and was a curator for Her Noise, an exhibition of sound art and contemporary music by women artists, performers and composers.

Florian Hecker is a German electronic music composer and artist. His compositions tend towards noise music and are often released on the Mego label.

Jessica Rylan Piper is an artist, performer and engineer, investigating the history and future of technology. She builds synthesizers for playing music and for sound installations.

Micah Silver is an artist and curator who worked for three years with Maryanne Amacher on her final and unfinished work at EMPAC. Robert The is a book cutter/sign painter living in Kingston, New York, and was a close friend and confidant of Maryanne Amacher for many years. 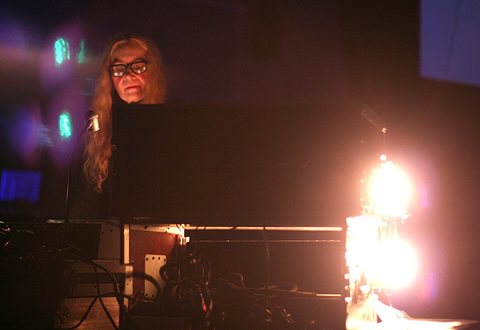 At Maryanne Amacher’s urging The Amacher Archive was initiated by her friends Robert The and Micah Silver during her illness in the summer of 2009. The Archive contains hundreds of boxes of Amacher’s writings, project documentation, paper materials, audiotapes, video, and oral and written histories by friends and co-conspirators.

TheMIT Program in Art, Culture and Technology (ACT) was formed by a merger of the Center for Advanced Visual Studies and the Visual Arts Program in July 2009. ACT operates as a critical studies and production based laboratory, connecting the arts with an advanced technological community. ACT faculty, fellows and students engage in advanced visual studies and research by implementing both an experimental and systematic approach to creative production and transdisciplinary collaboration. As an academic and research unit, the program emphasizes both knowledge production and knowledge dissemination. In the tradition of artist and educator Gyorgy Kepes, the founder of MIT’s Center for Advanced Visual Studies and an advocate of “art on a civic scale,” ACT envisions artistic leadership initiating change, providing a critically transformative view of the world with the civic responsibility to enrich cultural discourse.