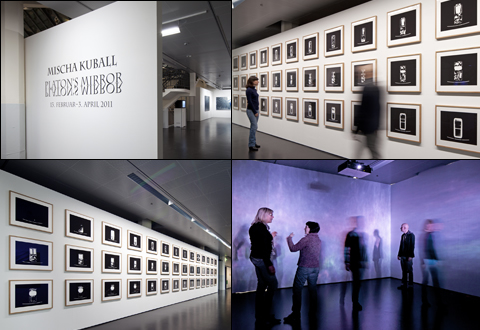 Düsseldorf-based media artist Mischa Kuball is among the few artists who has consistently understood light’s (socio-)political dimensions and used the media accordingly in numerous works and installations. In his new exhibition project Platon’s mirror, two additional aspects are included: a perception-aesthetics component, as well as the possibility of a novel type of image generation through computer tomography.

This gives rise to highly topical issues within art, and for it. Within the project, light politics and media politics are re-negotiated.

The idea for Platon’s mirror is based on one of the most influential stories within European literature: Plato’s cave allegory. In it, the philosopher draws a distinction between two forms of reality: the reality of the visible world and the (true) reality of ideas. For an artist such as Kuball, who deals like no other in his class with the phenomenon of light, the cave allegory necessarily became an artistic challenge.

In simple and highly effective installations using projectors, silver foil, photographs and videos, Kuball creates spaces that can be considered analogous to the situation in Plato’s story about the cave. On the other hand, in his photographs and videos Kuball translates the complex relationships among light source, reflection, silhouettes, and representation into seemingly endless stages of mediation, within which reality is continually newly constituted as the reality of its reflection. 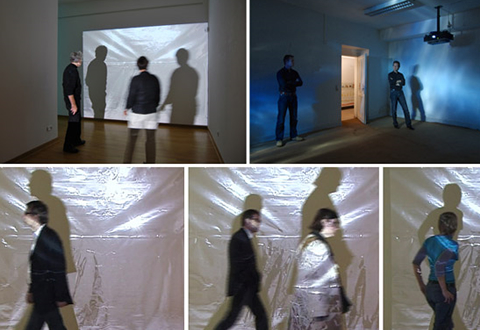 The exhibition taking place at ZKM, Mischa Kuball. Platon’s mirror is the first stop in an international tour with a total of fifteen stations (in cooperation with the Goethe-Institute and artspace Sydney), including, among others, Berlin, Sydney, and Auckland. At ZKM, ca. fifty photos can be seen, as well as two video installations.