”Buscando Al Sr. Goodbar” is a journey through Murcia, Spain that involves a search for the locations and authors of various YouTube videos produced in the city. 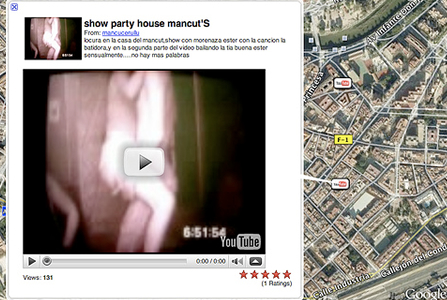 If the longitude and latitude coordinates are included with a video when publishing it on YouTube, then this video automatically appears on a GoogleEarth map and connects it to a physical location. A link is therefore made between the YouTube video and where it was produced in the city. 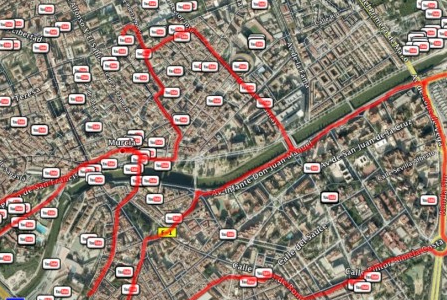 A bus tour was organized by Michelle Teran, who visited Murcia repeatedly via GoogleEarth and started to get to know intimately some of the people living there through the YouTube videos they produced. As the bus moved through the city, its movements along the streets were mirrored on a GoogleEarth map. YouTube videos were played corresponding to where they appeared on the map and could be viewed on a large flat screen.