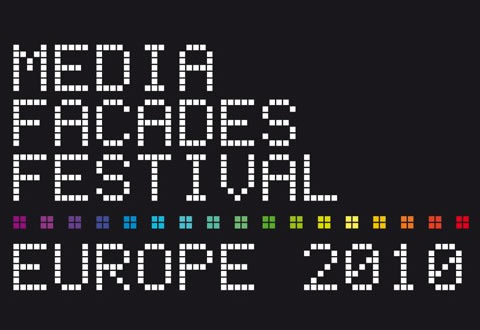 From 27 August to 02 October 2010, seven European cities will be connected through the medium of urban screens and media facades. Media Facades Festival Europe 2010 (MFF 2010) is a pilot project for artists and media designers. It will employ the networked urban screens infrastructures in ‘Joint Broadcasting Events’ throughout Europe for transnational circulation of artistic and cultural exchange.

The Media Facades Festival series reflects the worldwide increasing presence of massive infrastructures with digital visual elements in urban public space. As a counter movement against the primary commercial use of urban screens and media facades, the festival focuses on content in the context of the reinvention of public sphere based on a wellbalanced mix of functions. Representing the idea of the resident as an active citizen instead of a well-behaved consumer, it zooms into the cultural and participatory potential of digital moving imag as a new urban communication format. Let’s reclaim the Screens – as a format for the creation and exchange of culture, strengthening local creative economies, and providing local identity! Let’s create Vision Panels between the virtual and real public spaces based on new cooperation models between sociopolitical, cultural, architecturally aesthetic and economic interests.

The Media Facades Festival 2010 will explore the networked possibilities of urban screens and media facades via internet and new technologies on a European level. The format reflects on the increasing presence of massive-infrastructures with digital visual elements in public spaces while investigating their communicative function in the urban environment. The festival will show especially developed art projects in Europe-wide Joint Broadcasting Events which aspire to share dreams of the different cities and report about local issues and exchange peoples’ stories and ideas. The media facades will be transformed into local stages and open a global window for cultural and societal processes to create a dialogue and connect the local public virtually with the other places throughout Europe. 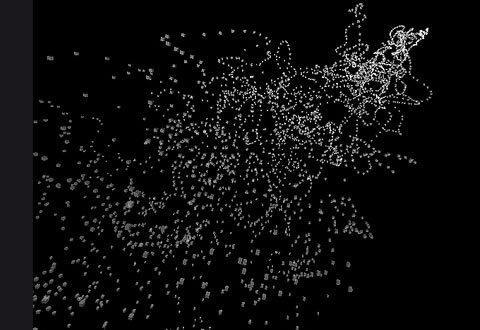 Its long-term vision is to be a catalyst for the creation of a sustainable and transportable structure where artists, cultural professionals, arts organizations, cultural institutions, governmental bodies, private and commercial businesses, media and the general public, within Europe and beyond, can interact through the development of a new cultural communication format in the public space. Susa Pop, artistic director of MFF Europe 2010 about the Media Facades Festival: ‘It aims to provide a lasting impact for the development of new media in public space and present this new infrastructure to a young arts scene.’