Media Art and art market: an interview with Wolf Lieser

Since 1998 Wolf Lieser is curator and founder of the Digital Art Museum (DAM), an online museum which has being very active in supporting and promoting the history of Digital Art, since its very firsts experimentations in the end of 50’s. In 2003 the museum started to be supported by a physical space: “DAM Gallery” where are regularly exhibited works that span all the categories from pioneers of the 60’s till major artists of the last years. In addition, from 2005 till 2012, Wolf Lieser created the DDAA, DAM Digital Art Award in collaboration with Kunsthalle Bremen. This prize intended to award the pioneers careers which have been fundamental to the history of Digital Art.

With his experience in the art management since the beginning of 90’s, and his specialisation on Digital Art, Wolf Lieser is one of the key people on the market of Media Art, and his gallery represents a large part of the most relevant artists who have been working in this sector. In his contribution to the Media Art and Art Market symposium, held in Linz the 10th October 2016, he stressed out the problematic materiality/immateriality of digital for an art market which often relies on the physicality of the art object. Accordingly, the promoters of Digital Art: galleries, museums, etc. should pay a special attention to the education of their audience and collectors.

Taking the Tino Sehgal‘s production as example, Lieser demonstrates that art market is able to deal with immaterial artworks. Collectors should acknowledge that higher value of their acquisitions is not given by the fetishism for the objects, but it is given by the importance of sustaining the artistic practices which have a certain cultural relevance. In his argumentations, Wolf Lieser states also that the market that concerns Digital Art and Media Art sectors is still in the real beginning of its development. For this reason, the impact that it has, in the general art market, is almost unperceivable. However, big steps have been made in the latest years, and a lot of attention have being paid to this forms of art. For this reasons this art market sector is growing and highly promising, and in few years will probably occupy a relevant part in the whole art economy. 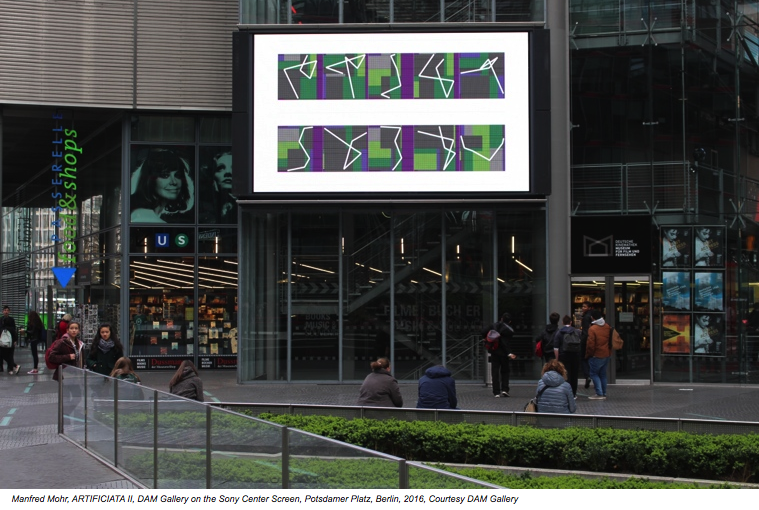 Alessio Chierico: Of course, digital is a very peculiar “material” – one that is quite different from traditional artistic media. Therefore, I would like to know what you consider to be an art object in Digital Art? How can it be placed on the art market?

Wolf Lieser: Strictly speaking,  files are not really objects, but rather information, ideas. Accordingly, I suggest that collectors should not regard their Digital Art acquisitions as purchased objects. Instead, they should see the money they spend on Software Art as a means of supporting the artist,  and thus enabling him or her to continue to create artworks. There are similar examples of this kind of approach in the more conventional art market, like Tino Sehgal, who  does not give his buyers any objects. They merely buy  concepts, pure concepts, and Software Art, in its essence is basically the same. Software Art is now finding acceptance; there are a number of collectors who are willing to buy it, and the market for it is, as a matter of fact, actually growing. More than 50% of what I sell is either software or animation; both are sold on a USB-Stick or a CD.

Alessio Chierico: Since photography and, previous to that, printing techniques were invented, the seriality of artistic production has become a widespread phenomenon . The potential for reproducing digital artifacts is, however, exponentially greater than that conventional artworks.. How is the art market reacting to this situation? How is it possible to maintain the value of objects that can be infinitely duplicated?

Wolf Lieser: I think that this is easier to understand, if you stop to consider why people  collect, or why they often become collectors: they are intrigued by the idea of owning something that is unique, (or of which only small numbers exist), and that you can experience at any given moment. It has always worked like  that. Nobody collects iTunes files, because they are generally  and easily accessible. On the art market, the demand for artworks with an edition of fifty copies is limited;  it’s easier to sell a unique piece that costs ten thousand euro than fifty copies of something which only cost three hundred euros apiece. Works that come in editions of three hundred or five hundred are not very attractive; it is the aura of scarcity connected to an object that makes it attractive. If apples are readily available, you do not consider them to be valuable. But if you live in a country where you cannot find any apples, that makes you  eager to enjoy the unique experience that eating them affords. That is what makes the difference. 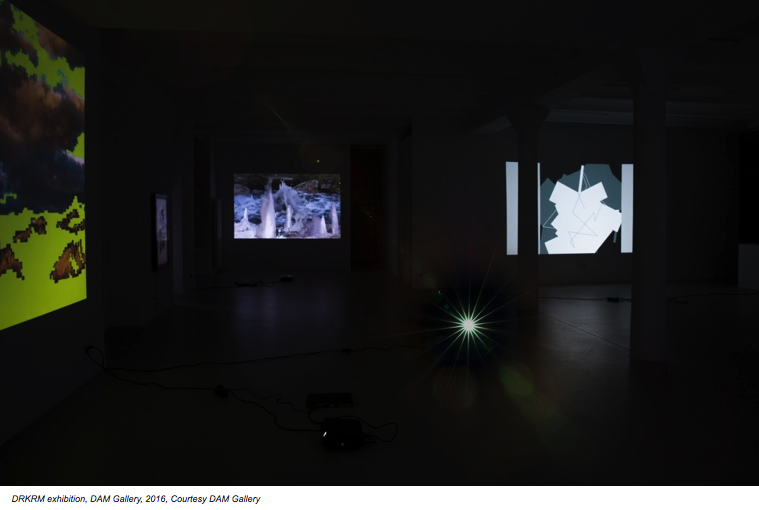 Alessio Chierico: Do you think that museums are currently devoting enough space to Digital Art? What experience have you had with the DAM Museum?

Wolf Lieser: When the DAM online – museum  was launched, almost no curators or museum directors  were willing to even look at this kind of art.  Most of them didn’t understand the genre, and they usually had preconceived ideas about it. It was therefore very difficult in the 90s to convince anyone to have a look at Digital Art. Today,  that has changed.  Very large projects for presenting Digital Art are being planned, and some exhibitions of this genre have  already taken place, like the Electronic Superhighway in London at the beginning of the year.. There is no doubt, that the development is currently going in the right direction. However, not all museums are paying attention to this new art form. In Berlin, there is not even one single museum that shows it. I have sold software pieces to the Centre Pompidou and the V+A in London, but in Berlin no institution is interested in buying it. Each museum curator has his or her own agenda, so the decision as to whether to deal with Digital Art is to some degree a matter of personal preferences.

Alessio Chierico: The DAM Gallery has been  supporting Digital Art since 1998. Have you noticed any significant changes in this specific sector of the art market during this period of time?

Wolf Lieser: Yes, there has been a continuous development in respect to the acceptance and interest in this field. But the most significant change was the development of so called Post-Internet Art, which began  about 6-7  years ago, and suddenly brought  artists who are digital natives to the fore. Their art  deals with the broad field of digital culture.  In contrast to previous digital artists, they do not necessarily work as programmers, or confine their means of artistic expression to the digital media.. They use analog media as well, and even paint, but their art is related to the digital culture.  Post-Internet Art has attracted a great deal of interest, and some of the artists in this field have become quite successful on the market. This kind of art is a hype, and I don’t think it is very healthy, but we will see. 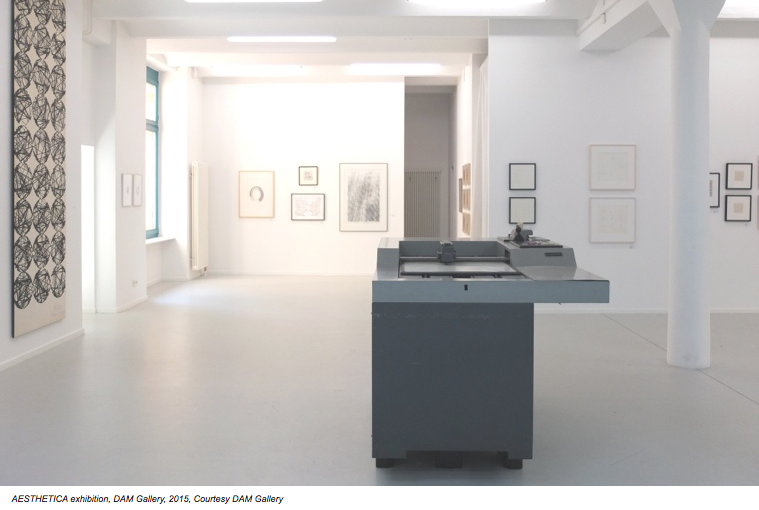 Alessio Chierico: How do you envision the future developments of the market for Digital Art?

Wolf Lieser: I think it will grow, in the same way that other sectors of the contemporary art market are growing. This form of art is characteristic  for the current century. More and more artists, curators, shows and even restorers in museums will devote themselves to it. There are now a larger number of professionals who really understand the field, so they will trace back the whole history of Digital Art. It will  gain greater acceptance on the art market. Basically, it will come to play a  major part in  the art of the 21st century, because it  is intimately related with our lifestyle, how we communicate and how we organize our  lives.  In the same way that TV dramatically transformed the 20th century, digital art will definitely influence the 21st century.

Alessio Chierico: What  suggestion would you make to a media artist who wants to enter the art market and sell his works there?

Wolf Lieser: It is always difficult to enter the art market, because it is not totally predictable. Even if you make good works, you might still have to struggle to find the right people to represent you. That means you need to find either curators who are so convinced and excited by your work that they  are eager to support you, or collectors who are willing to buy your work, or a gallery which invests in your career and represents you. Generally, it is important to cooperate with a good gallery. It is almost impossible to establish yourself at a top level if you do not have gallery representation. You need a gallery that operates in this field, and can put your artworks  into a specific context in which it is understood and can be easily sold.  If you are doing a really different kind of artistic work, that can be good. The gallery might  say: “ok, this is an aspect, that I’m not yet covering, and I want to introduce it to my clients”. Being different can be strategically good, but often it is much easier if the work of the other artists gallery represents has some relation to what you are doing. But most of all, you need to be strong and persistent,  since it can take a long time to achieve a breakthrough. 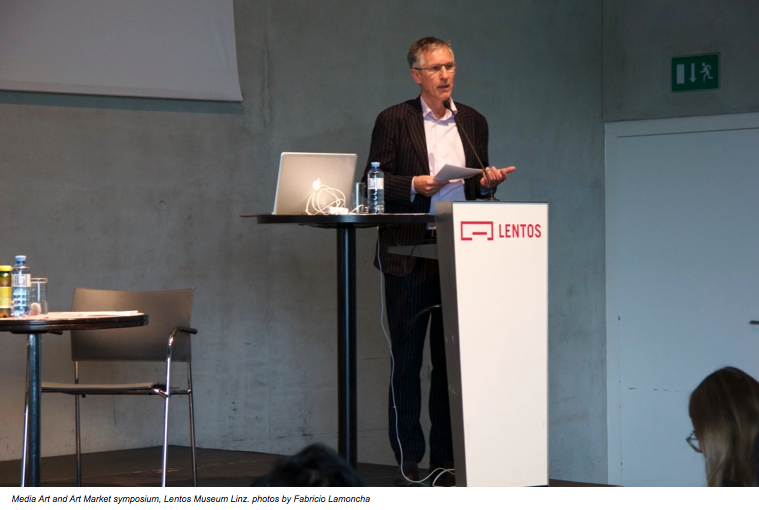 Wolf Lieser, originally an artist working with photography, began soon to manage an artist friend. Since 1990 he has been working as an art consultant, mostly developing art projects for companies. In 1994 he opened his first gallery in Wiesbaden. In 1998 he founded the Digital Art Museum [DAM], an online museum, which was developed in collaboration with Metropolitan University, London between 2000 and 2002. At the same time he managed Colville Place Gallery, London, together with Keith Watson, the first commercial gallery dedicated to Digital Art. In 2003 he relocated to Berlin, where he opened DAM Berlin, the commercial addition to the online-museum with the purpose to develop a market for these artists.

In 2005 DAM launched the DAM DIGITAL ART AWARD |DDAA|, a biannual lifetime-award for pioneers in Digital Media, in cooperation with Kunsthalle Bremen and Agentur LOHNZICH, which was bestowed until 2012. His book “Digital Art” was published in 2009 in 6 languages by h.f.ullmann Publishing . From 2010 to 2012 DAM operated an additional gallery in Cologne and from 2013 – 2014 in Frankfurt/Main. Since 2006 DAM collaborates with Sony Center am Potsdamer Platz, which presents several times a day Digital Art on large public screen. Wolf Lieser has lectured at various institutions like the Sorbonne University, Paris, Kunsthalle Bremen,University of Bournemouth, the Berlin-Brandenburgischen Akademie der Wissenschaften and the Universität der Künste in Berlin, beside festivals and conferences.