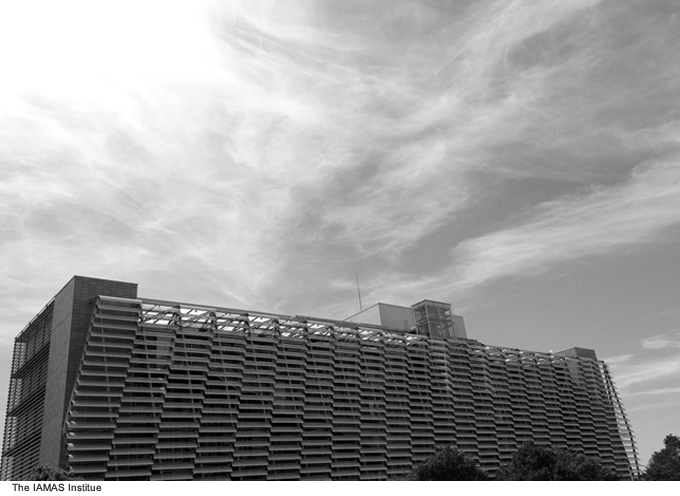 On last 26th of July 2015 I had the pleasure of meeting Masahiro Kobayashi, Professor and Library Director of IAMAS (The Institute of Advanced Media Arts and Sciences) at the Open House event in Ogaki (Gifu), Japan.Kobayashi was involved in the event, supervising it and giving a series of short open lectures at the library.

IAMAS it is now a graduate public school (the Media Creation department) with only one master course (Media Creation); the motto: “one major, one department”.The ratio between the faculty members, whom are 34 (counting only the teaching staff) and students is of 1.2, being 40 the students enrolled in the number of 20 for each year of the MA.

The Institute of Advanced Media Arts and Sciences is a unique environment, not only in comparison to other educational institutions worldwide but, perhaps, its very functioning, sets it apart from all the other Japanese Universities. It opened under the guidance of Itsuo Sakane in 1996 as a European style advanced vocational school offering, later on, the equivalent of a Bachelor Degree.Itsuo Sakane worked as a journalist for the Asahi Shimbun for 35 years. He wrote many books and reviews about media-art, see the latest “The Origins of Media Arts”, Kosakusha, 2010 and organized many exhibition as a curator. From 2005, Sakane has been visiting professor at Tama Art University; professor at SFC of Keio University from 1990 till 1996 and President of IAMAS from 1996 till 2003. At that time (in 1996), it was known as The International Academy of Media Arts and Sciences and was housed in another site partly designed by SANAA (Kazuyo Sejima and RYUE Nishizawa). The Master’s level graduate school was launched in 2001 and the Academy closed in 2011. From 2014 IAMAS moved from the previous site to Softopia (IT hub). 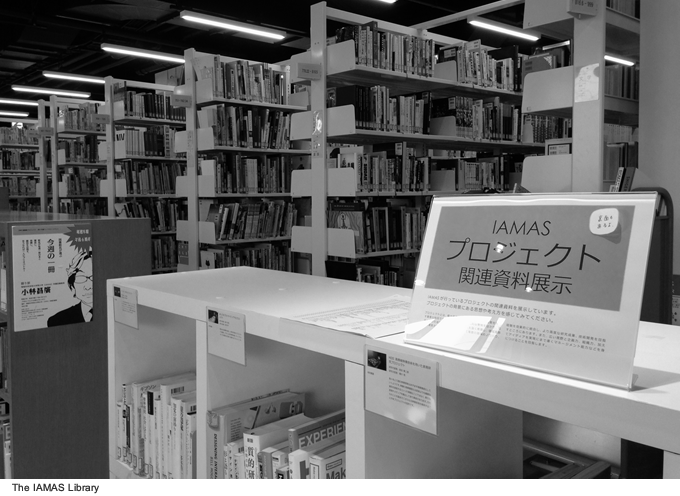 Masahiro Kobayashi has developed a quite unique body of theories: he cross-disciplinarily examines the body as seen from medical history and medical anthropology, classical theatre (kabuki, bunraku, Noh, and rakugo), and modern thought. Previously deeply involved in Media Aesthetic as a core subject for the IAMAS students, now teaches Art Theory with emphasis on the role of the psychical body in contemporary performance (including J-Pop idols; recently, more specifically: AKB48). During my visit I had the chance to meet briefly also Professor Masayuki Akamatsu (known worldwide for his coding abilities in the MAX/MSP environment and for his iOS apps); some photos portray his interactive installation made of iPods-touch.

Mauro Arrighi: Could you tell us which is the role of IAMAS in the panorama of Media Art in Japan ?

Masahiro Kobayashi: IAMAS is a mediator and expressive player. IAMAS’ role is linking Japan and the world, art and design, and fine art and media art.

Mauro Arrighi: What is the main difference from IAMAS and the other Japanese universities?

Masahiro Kobayashi: Our small population (here Kobayashi is referring to the number of students and staff), regional location, and offering a graduate program. 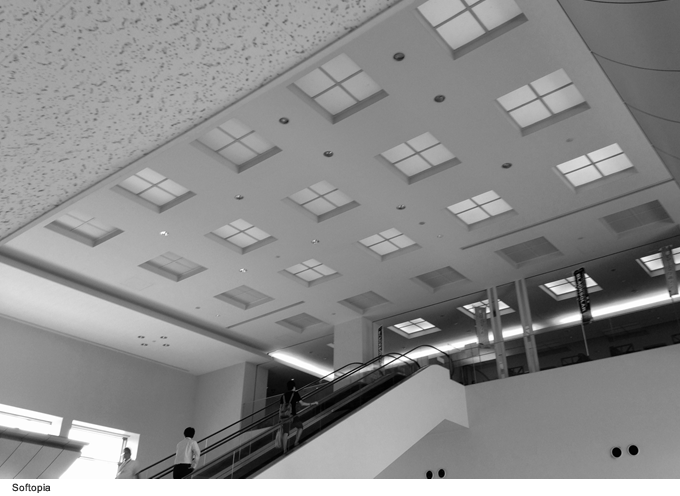 Mauro Arrighi: Which is your role in IAMAS?

Masahiro Kobayashi: Criticism, introducing works, and all other areas in which other faculty members do not specialise.

Mauro Arrighi: Which will be the next step for IAMAS?

Masahiro Kobayashi: Broadcasting more information about our presence as an educational institution.

Masahiro Kobayashi: I think so. I believe that, traditionally speaking, there was not such a contrast between the individual and the group; the Japanese concept of familism (society as a family) developed in an organic, gradual fashion, and the entertainment industry and media art are coming from that vantage point. 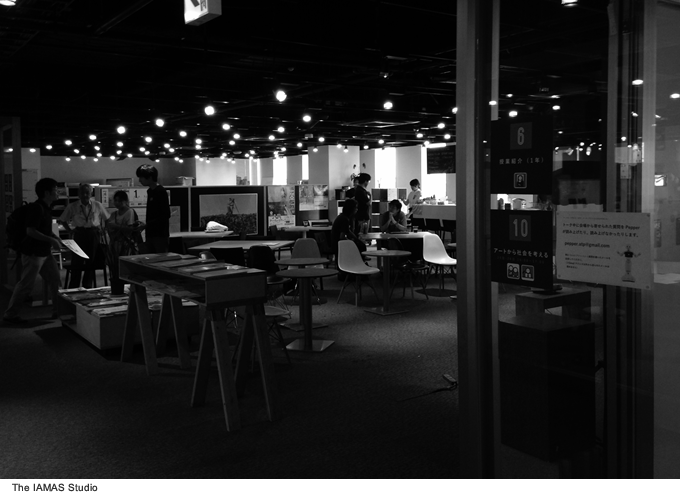 Mauro Arrighi: Do you think that many Japanese people spend more time in “virtual worlds” than in the “real world”?

Masahiro Kobayashi: On the contrary, I believe that we spend our time traversing the gap between both of these points.

Mauro Arrighi: What about artists and designer: are they using a creative power to escape from the “real world”?

Masahiro Kobayashi: That is only limited to a fraction of society. I believe that many artists use their creativity and imagination to reappraise both themselves and society and look at them in a new light.

Mauro Arrighi: Do you think Western culture could learn from the creative approach of Japanese people?

Masahiro Kobayashi: There is something to be learned from the approach of devoting lengthy time to creating a “form,” and then creating new methodologies for moving past that form. I think that contemporary Japanese people could stand to learn from this, too. 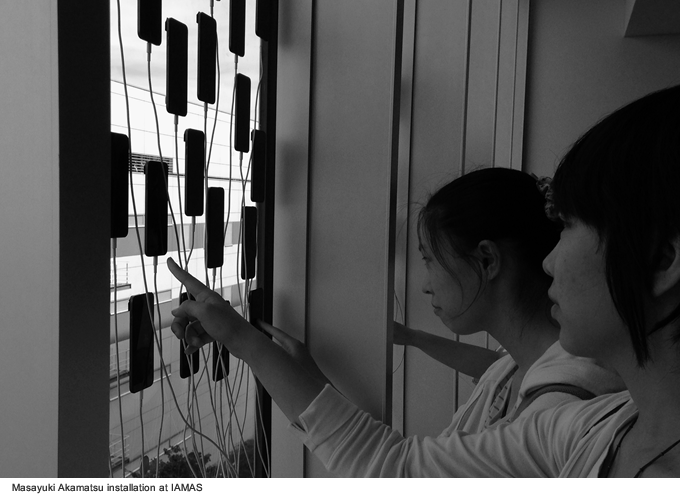 Mauro Arrighi: Talking about the Japanese concept torimono, that Gods both exist and do not exist. Is it possible to refer to computes, games-console and mobile phones as contemporary Gods?

Masahiro Kobayashi: We may fantasise about gods residing in those gadgets, but in most cases, these devices are merely extensions of our bodies. However, in that sense, they are important “omamori,” or charms/amulets for the modern person.